How the East was won: the Groupon U.S. Pizza Team triumphs at the Chinese Pizza Championship - PMQ Pizza Magazine 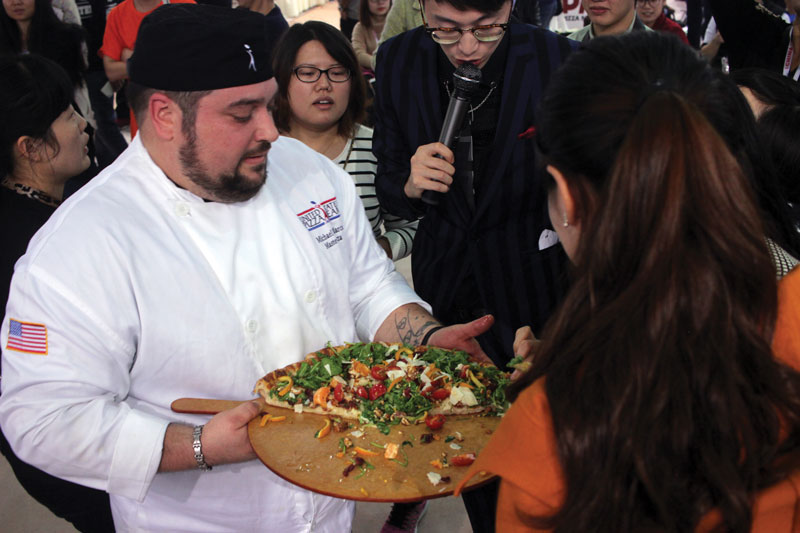 It required frequent improvisation with ingredients and equipment, not to mention resorting to pantomime to communicate with non-English-speaking event organizers at FHC China, that country’s largest food and beverage trade show. “The minute we got off the plane, we realized we were in a very different place,” Michael LaMarca says. “Many of the products we brought in were deemed illegal and had to be tossed out before we got out of the airport. [Several teammates] had trouble bringing in meats and cheeses. That meant that three-fourths of our team had to start fresh when they arrived.”

The challenge was on.

Ingredients That Wiggle Away

PMQ China has co-sponsored the Chinese Pizza Championship for several years, but this was the first time that Groupon U.S. Pizza Team members competed in the event. They included LaMarca, owner of Master Pizza in Cleveland; Rick and Jane Mines, co-owners of Nima’s Pizza in Gassville, Arkansas; and Dave Sommers, owner of Mad Mushroom in West Lafayette, Indiana.

To replenish their confiscated ingredients after arriving in Shanghai, team members headed to the Metro supermarket, which LaMarca describes as “like a Costco but a place where a lot of the things you can buy look back at you and sometimes wiggle away.” Crustaceans, reptiles and amphibians lined the brightly lit walls, and some customers fished for their dinner with a net and a plastic bag. The supermarket, in fact, had just about everything you could think of—except for the specialty cured meats and cheeses that the Americans were looking for. 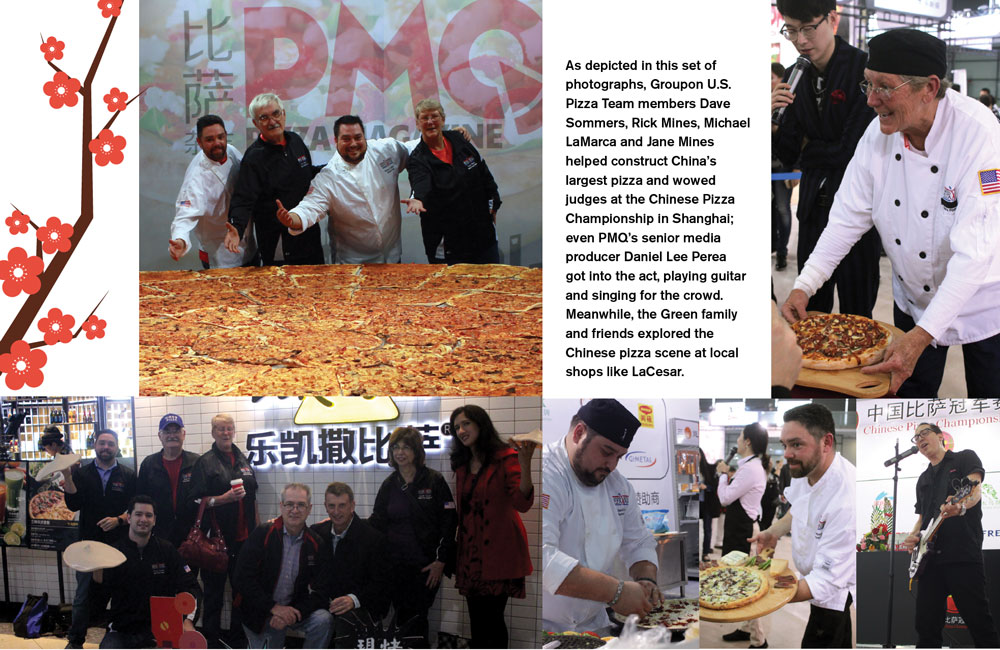 As seasoned competitors, however, they got creative and made changes on the fly. Rick Mines altered his recipe for a meatball and red pepper pizza by substituting chorizo sausage for the meatballs. Jane Mines turned on the charm at a local pizzeria, LaCesar, and finagled a handful of pepperoni for her entry, then picked up mozzarella from an FHC exhibitor. Sommers found an Italian cheese exhibitor who was willing to part with some Gorgonzola. Meanwhile, LaMarca, the only American who breezed past Chinese customs agents with all of his ingredients, happily shared his cheese with his teammates. “If I’m fortunate enough to win,” he says, “I want to know that everyone went in with their best pizza. I don’t want to win because of some technical failure, like they were missing an ingredient. We help each other out.”

A Three-Way Tie for Third

A three-way tie for third place may sound odd, but judges apparently had just as much trouble settling on a first-place winner. That was a three-way tie as well between Anatoliy Surkov, Zhang Xu and Cai Zhichao.

All in all, the American teammates say they enjoyed the experience and hoped to return next year. “China is alive and breathing—there’s a buzz,” LaMarca said, as the FHC event wound to a close. “I can’t wait to bring more people back next year. When I first started cutting pizzas as a kid 25 years ago, I never would have guessed I would travel the world, making pizzas at international competitions. But here I am, a small-town Ohio boy, standing in Shanghai!”