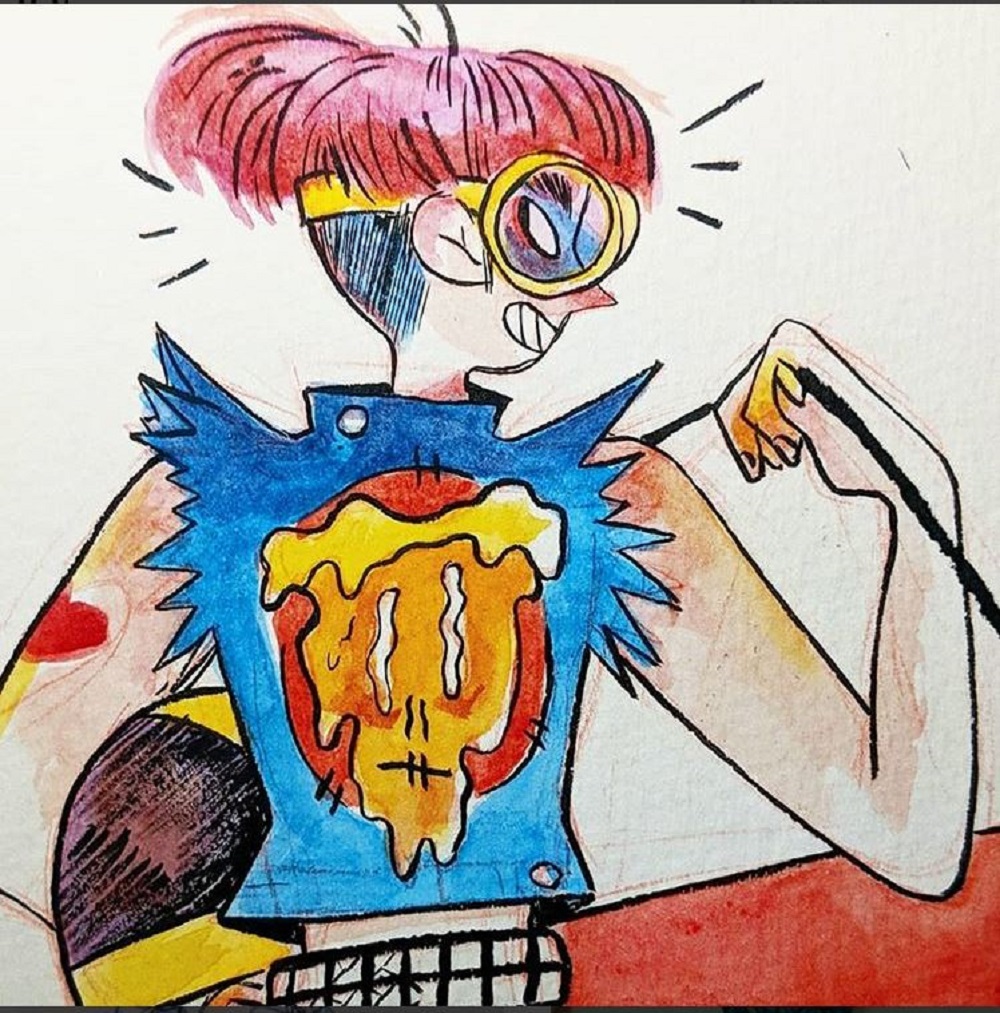 We can't all wrap our brains around Picasso’s “Weeping Woman” or Dali’s “The Persistence of Memory.” But pizza is an art form nearly everyone can stomach.

That was the idea behind a pizza-themed art show called “In Pizza We Crust” that ran last weekend at Insomnia Gallery in Houston. More than two dozen artists paid homage to the world’s most popular food in styles that ranged from the sublime to the saucy.

“Essentially, this is an art show disguised as a pizza party,” Asinas told Houstonia in advance of the event. “We want attendees … to have a fun time while being surrounded by pizza-themed pieces from talented locals. We feel that a laid-back atmosphere could ease a lot of people into embracing art. I mean, how else could you elevate the experience of viewing art? By having a slice of pizza in your hand.”

And no art show is complete without a gratuitous dash of controversy, so Asinas, in his interview with Houstonia, took a bold stance on Hawaiian pizza. “I’m totally for having pineapple on my pizza,” he said. “Hawaiian is my go-to pizza order. Add jalapenos for an extra kick! It’s a divided world out there, but I feel like I’m on the right side of this one.”