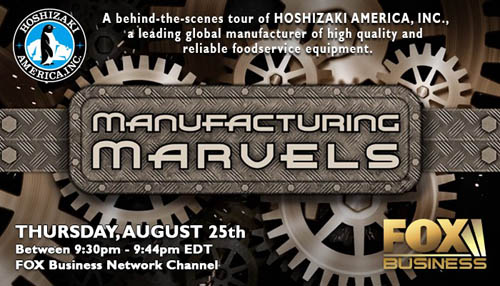 Produced by award-winning producers Bob and Jerry May, and narrated by CBS and ABC news veteran John Criswell, Manufacturing Marvels showcases American manufacturers and their products, processes, and customers in a promotional HD broadcast. 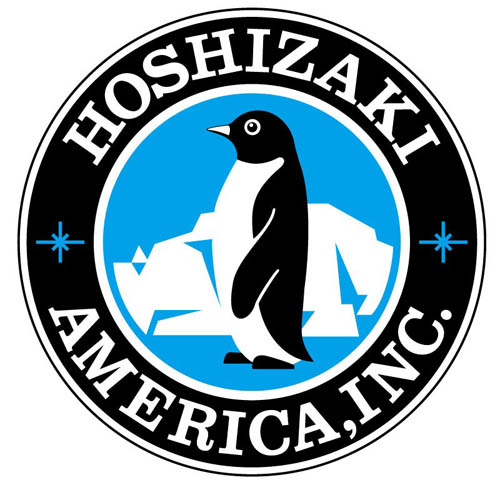 "We are honored that Marvel Productions invited us to share information about our company and technology with the Fox Business Network audience," said Gary Weyhausen, Vice President of Sales and Marketing at Hoshizaki America, Inc. "Manufacturing Marvels is an excellent way to give viewers a behind-the-scenes tour of our facilities, and to spread the word that HOSHIZAKI is a leading global manufacturer of high quality and reliable foodservice equipment."

Hoshizaki America, Inc. is the world leader in design, manufacturing, and marketing of a wide range of products for the foodservice industry including ice machines, refrigerators, freezers, prep tables, display cases and dispensers.   With corporate headquarters in Peachtree City, Georgia and a second manufacturing facility in Griffin, Georgia, Hoshizaki employs around 500 people in the metro Atlanta area. In 2016 Hoshizaki was awarded the ENERGY STAR® Partner of the Year – Sustained Excellence for continued leadership in protecting our environment through superior energy efficiency achievements.