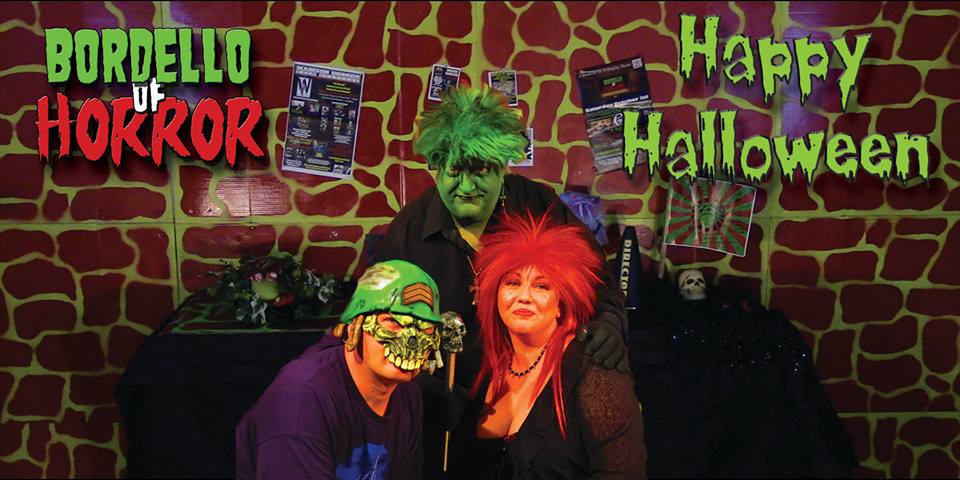 A green-skinned purveyor of horror and mayhem might not seem like the ideal pizza chef, but Rich Peterson has come up with a restaurant concept that’s horrifyingly shrewd.

Peterson, known to scary-movie buffs in Madison, Wisconsin, as the host of the late-night TV series, “Bordello of Horror,” has opened Freaky’s Pizza and Wings, capitalizing on his locally famous name and many years in the pizza restaurant business.

Peterson stars as a character named Freakshow and introduces horror movies on the long-running show, which airs Saturdays at midnight on UPN Channel 57. According to Madison.com, he also has 35 years of experience in restaurants, specializing in menu development, kitchen design, staffing and marketing. When he was hired last year to oversee the cleanup and repairs of a Gumby’s Pizza location that had just closed, he chose instead to take over the property and create his own horror-themed pizza restaurant.

Freaky’s décor features memorabilia from Peterson’s TV career, such as posters touting films like “Attack of the Crab Monsters” and “Day of the Triffids,” as well as a TV that plays horror and sci-fi movies such as “First Spaceship on Venus.”

Menu items include pies like the Rodan (a BBQ chicken pizza), the Mexican-style Chupacabra and the Gillman, inspired by “The Creature from the Black Lagoon.” Wings come in various degrees of heat, along with “beastwiches” and the Freaky Stix fried cheese appetizer.

“Who doesn’t want a little comfort food while curled up on the couch watching your favorite or soon-to-be-favorite horror movie?” Peterson (pictured below) told Madison.com.