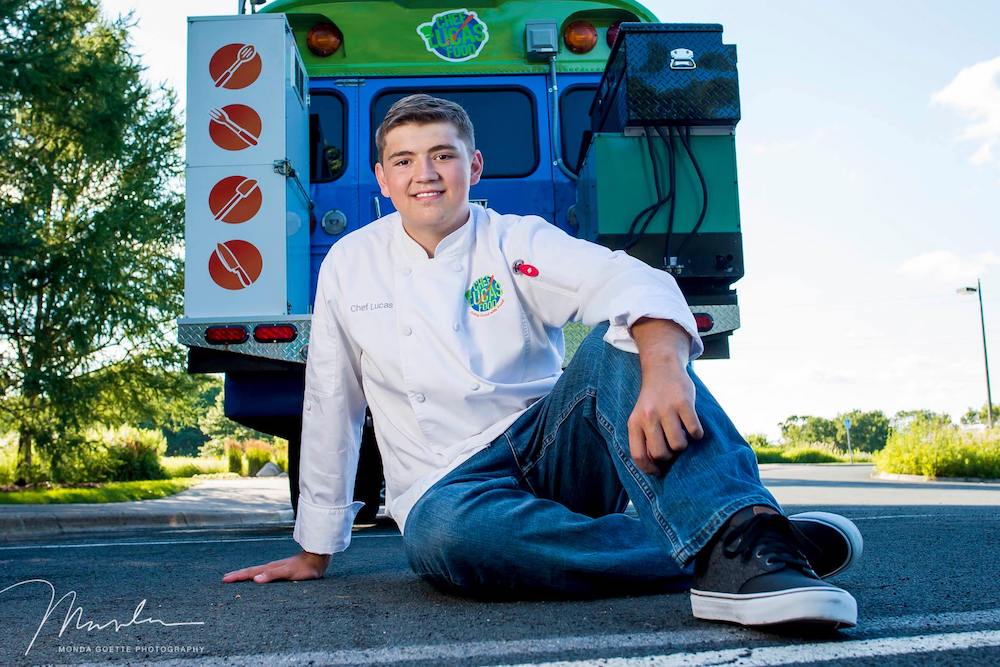 Lucas Hobbs, a childhood cancer survivor, food truck owner and one of Hormel's 10 Under 20 Food Heroes, received a year's worth of pepperoni from Hormel prior to the Guinness World Records event.

Thousands of pizza lovers logged on with pizza in hand last month to help Hormel Foods, the maker of Hormel pepperoni and numerous other pizza topping brands, set the Guinness World Records title for the most users in a pizza party video hangout.

The virtual pizza party, held on September 18, was part of Hormel Foods Spirit Week, a celebration of the company’s team members around the globe who have worked to ensure a consistent food supply during the Covid-19 pandemic. In addition to Hormel pepperoni, Hormel Foods also makes a number of other consumer and foodservice pizza toppings under its Columbus, Natural Choice, Applegate, Fontanini, Happy Little Plants, Burke and Swiss American Sausage Co. brands.

More than 3,000 people joined the Zoom-hosted virtual party, which featured door prizes and special guests. To set the record title, at least 500 photos of individuals (one photo per Zoom username) with a full pizza pie or slice of pizza had to be uploaded during the one-hour event. The final tally and official Guinness World Records title set during the party was 907 photos.

Hormel Foods also made a donation of $10,000 to Pizza vs. Pandemic, a joint program from Slice Out Hunger and Slice to support frontline healthcare workers by coordinating large orders with independent pizzerias across the country.

Prior to the record-setting attempt, Hormel Foods surprised one of its 10 Under 20 recipients, 17-year old Lucas Hobbs (pictured above), with a year’s worth of pepperoni. Hobbs, a survivor of childhood cancer, partnered with Minnesota food trucks upon completion of his treatment so he could give back to his community and other kids battling cancer. Today, Hobbs owns and operates Chef Lucas Food, a food truck that serves the needs of families battling pediatric cancer by providing meals at no cost.

The pizza party was followed by a free virtual concert starring Chris Kroeze, runner-up in NBC’s The Voice talent contest. 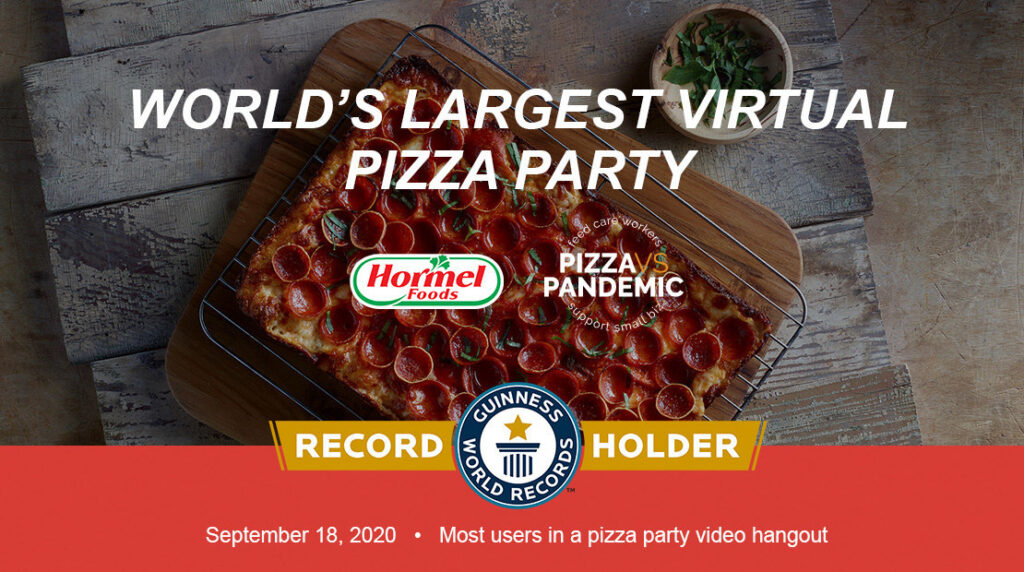 “The world’s largest virtual pizza party allowed us to create a big impact with two simple gestures: hanging out and eating pizza,” said Shane Ward, Hormel pepperoni brand manager. “It was a blast to see so many people come together for the event, but more importantly, to support independent pizzerias and the healthcare workers who are working tirelessly during this pandemic to keep our communities safe. And to top it off, we are now Guinness World Records title holders.”

“As a leading provider of pizza toppings for foodservice operators across the country, helping our friends and pizzeria owners during this unprecedented time was very special,” said Chad Randick, president of Burke Corporation. “I can’t think of a better way to help than having thousands of people come together to enjoy a slice of pizza, set a Guinness World Records title and give back to pizzeria owners and frontline healthcare workers at the same time.”

“It really warms the heart to see people gather together like this, even though we can’t all be in the same place,” said Scott Wiener, party host and founder of Slice Out Hunger and Scott’s Pizza Tours in New York City. “Whether they were motivated by the charitable aspect or the idea of participating in a Guinness World Records title attempt, the number of people who participated really blew me away.”

“Any day you set a world record is an exciting one, but we’re particularly appreciative for the support of Hormel Foods for Pizza vs. Pandemic,” said Ilir Sala, founder and CEO of Slice. “Their $10,000 donation to our program with Slice Out Hunger will help feed nearly 3,000 frontline care workers while supporting dozens of small business pizzerias.”