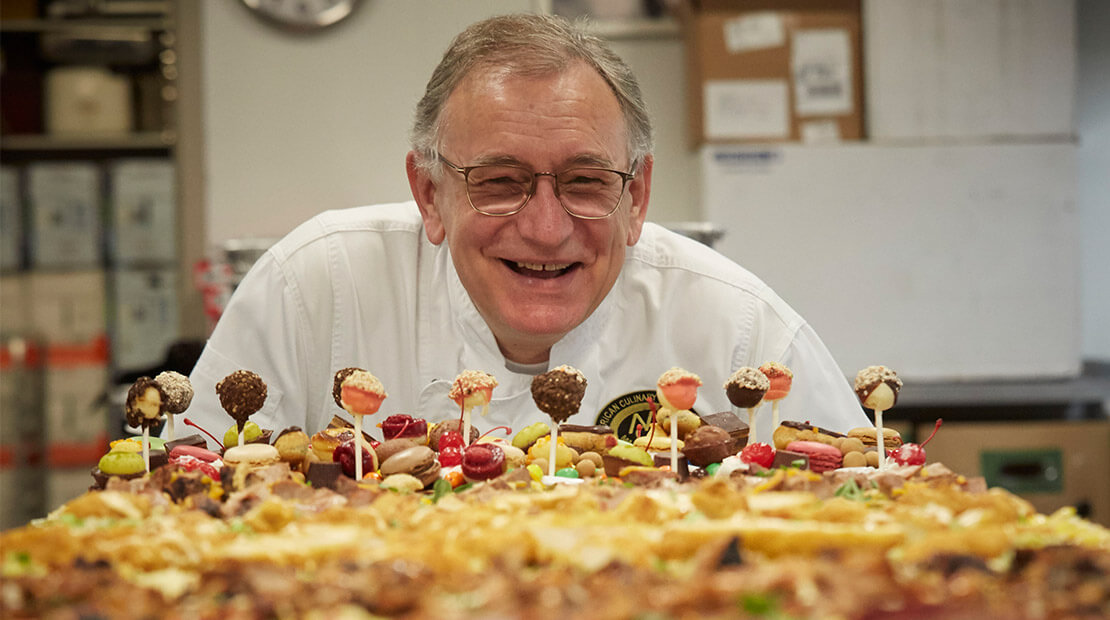 Hormel Foods teamed up with Certified Master Chef Ron DeSantis to create a 54-topping pizza for the upcoming Super Bowl.

The nearly 9-foot-long pizza is inspired by delicacies and regional food favorites found throughout the United States, the company said in a press release.

“When the team from Hormel Foods and I got together to figure out how we could pull off a 54-topping pizza for the big game while still making it something people can prepare at home, we immediately began thinking about the distinctive flavors of the different regions of the country,” DeSantis said. “It was important to me that the taste be authentic, and, by doing it according to regions, the flavors come together beautifully.”

The huge pizza—a five-part pie—reflects American food tastes in the Northeast, South, Midwest, Southwest and Northwest. Each regionally flavored pizza is assembled on a baking sheet with the ingredients associated with that area of the country. Laid together, the individual pizzas create a massive one that resembles a football field. The “end zones” on either side are sweet endzone dessert pizzas. 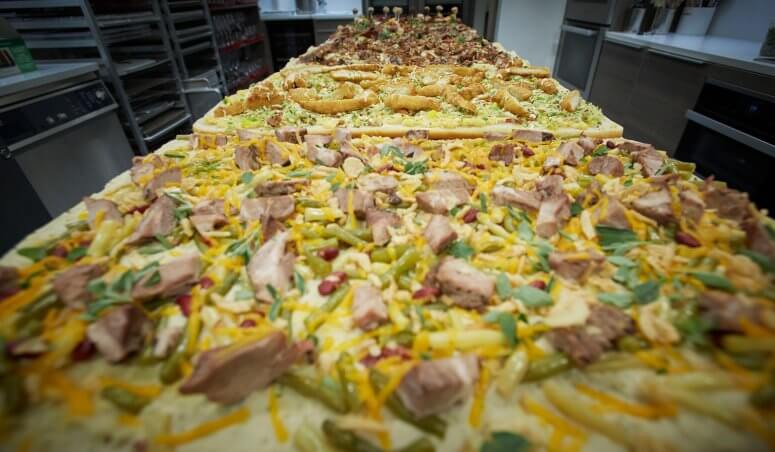 Barbecue is the featured flavor on the Midwest pie. It has a mashed potato base topped with barbecue boneless ribs, bacon crumbles, chives, mozzarella, pepperoni, fresh thyme and a barbecue sauce drizzle.

Plant-based products distinguish the Northeast version, including ground and fresh veggies as the base, a marinara sauce, grilled peppers, mushrooms and onions, plant-based ground, pepper jack cheese, olives and a romesco drizzle.

“The beauty of laying the pizza out on baking sheets by region is two-fold,” said DeSantis. “It allows us to mimic the appearance of a football field, and it lets home cooks take whichever regional recipe they like and make only that pizza for smaller [Super Bowl] get-togethers. People can prepare one, two or even all of the pizzas to have their own football pizza feast!”