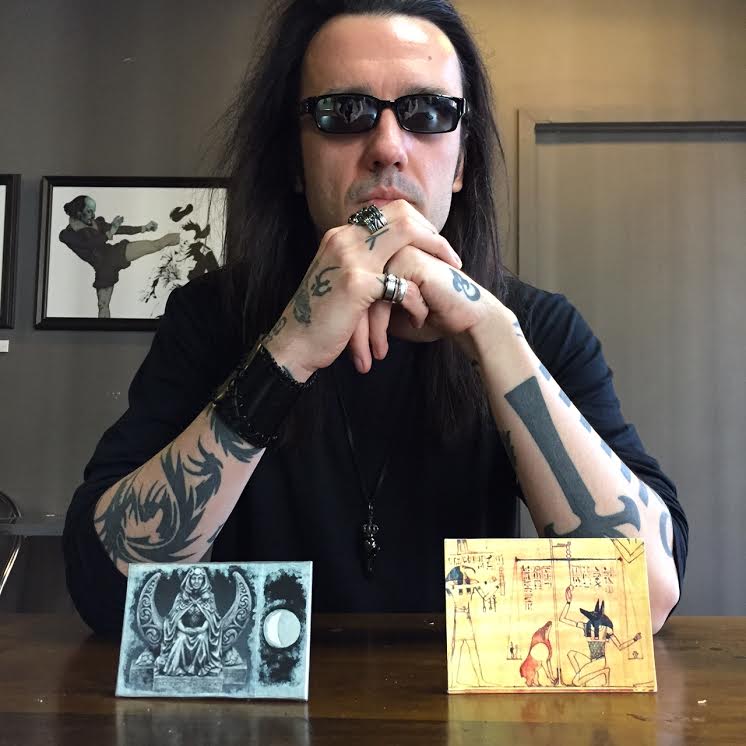 Just in time for the holidays, Damien Echols of the West Memphis Three and gallery director Kevin Wilson of Sacred Tattoo and Gallery NYC teamed up to feed some Lombardi’s Pizza to the homeless in New York City.

In a highly publicized 1994 trial fraught with controversy, Echols and two other teens, known as the The West Memphis Three, were convicted of the 1993 murders of three young boys. Despite a lack of physical evidence linking him or his friends to the crime, Echols was sentenced to death. Their story has been told in numerous documentaries, including the "Paradise Lost" trilogy, as well as narrative films and books, with many believing the three youths were wrongly convicted. In 2011, the three accepted plea deals, which allowed them to go free but did not fully exonerate them.

On Thursday, Wilson and Echols, now 40, were cleaning out the Sacred Tattoo gallery stock room and stumbled upon a box of items Echols had not sold during his gallery opening, titled “Moving Forward, Looking Back: January 2013.”

“We got an idea to take to social media and give two lucky people the chance to own an original work, which he had created while he was incarcerated wrongfully for 18 years,” Wilson said.

Echols recently moved to New York City with his wife where he focuses on his art career and teaches tarot card reading. 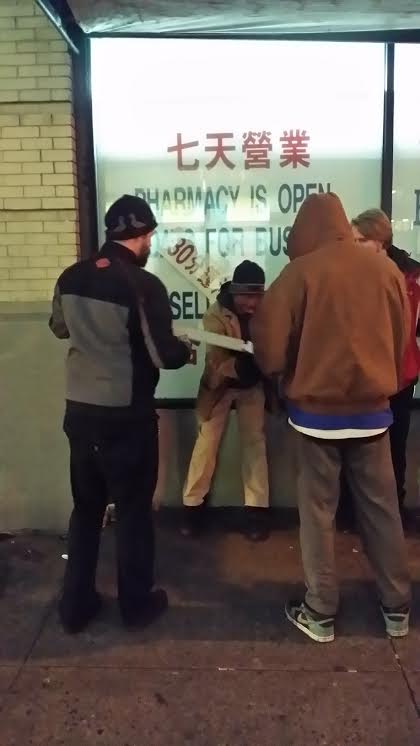 The rules of the Facebook promotion were simple. The first two people who showed up with a pie from Lombardi’s Pizza, located in Soho near the gallery, would be given one of the original artworks. Lombardi’s Pizza is traditionally considered America’s first pizzeria, opening in 1905.

“Both pieces were valued at $800 each,” Wilson said. “Pizza was a small price to pay for something that most people might not be able to afford. We did not tell anyone what the pizza would be used for until they got here. Everyone seemed to love the concept about paying it forward.”

While Lombardi’s had no official involvement in the event, Wilson said they chose the famous pizzeria because he and Echols are big fans of their pizza.

“Anyone could have eaten a cheap $5 pizza,” Wilson said. “We wanted to give some kind souls the opportunity to eat a gourmet pizza. Everyone deserves a nice meal.”

A message to Lombardi’s had not been returned as of publication of this story.

The pizzas that arrived were quickly distributed to homeless people in a communal hangout spot. Each delivered pizza fed about four people.

“With homelessness a huge issue here in New York, we wanted to use our fanbase to promote the cause of paying it forward and let others know to try and do the same,” Wilson said. “We felt this would be the perfect opportunity to use this as a platform to bring awareness to a major New York issue.”

According to the Coalition for the Homeless, there are 59,000 individuals staying in shelters in New York City. That number has grown steeply each year. The New York Daily News reported in March 2014 that the homeless rate was up 14 percent. There were 49,623 homeless in December 2013, an increase of about 10,000 in one year. But those numbers only reflect those who check into a shelter.

Of course, others have also made headlines by donating pizza to the homeless in New York City this year. Actor Richard Gere was even mistakenly identified as homeless by tourist Karine Gambou.

But for Echols and Wilson, their goal is for artists to follow their lead and reach out to help the homeless.