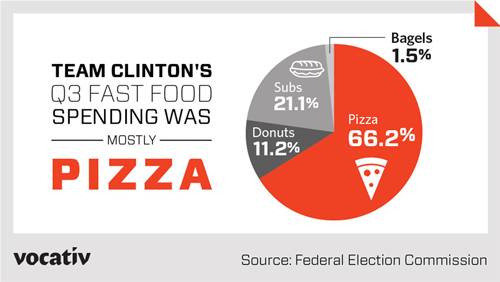 Hillary Clinton may have been disappointed with her finish in the Iowa caucuses, but her pizza operation is going gangbusters.

The Palm Beach Post reports that the Democratic frontrunner spends the most of any current presidential candidate on pizza for her staff and campaign. The Post quotes a Gawker report that Clinton has spent $9,046 on America's favorite food since April. The second-place pizza pol is Ben Carson, whose campaign doled out $3,707 on pies.