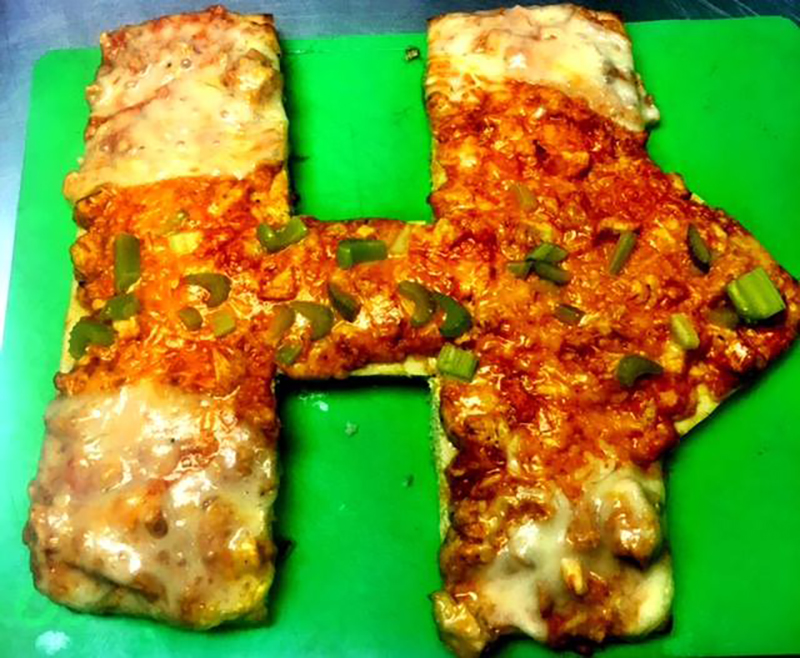 When Martin Coar of Two Brothers Restaurant & Pizza got the word that Hillary Clinton was coming to his town for a campaign visit, he knew exactly what he had to do: create a pizza in the presidential candidate’s honor.

Clinton visited Dunmore, Pennsylvania, on Friday, April 22, prior to the April 26 primary in Pennsylvania. Coar welcomed Clinton to town with a specialty pie called the Madame President. “We heard that Secretary Clinton kept more than 100 hot sauces at the White House when she was first lady, and in 2012 she told Condé Nast Traveler that she always packed Tabasco sauce for her travels as Secretary of State,” Two Brothers posted on its Facebook page last Thursday. “We wanted to do something special to honor and support her, so we made a pizza that we know she’d like. Extra hot!”

The buffalo chicken pizza garnered free national media coverage for Two Brothers on CNN.com and made the local TV news as well. (One version of the pizza was baked in the shape of the letter H, pictured above, although it’s typically baked in the traditional round shape.)

For his part, Coar was just thrilled to have the former senator from New York in his community. “I have an 11-year-old daughter,” he said, in a prepared statement released to the news media. “She’s too young to vote, but she knows our first female president would be a big deal for our country, and she’s hoping Mrs. Clinton will stop by for a slice.”