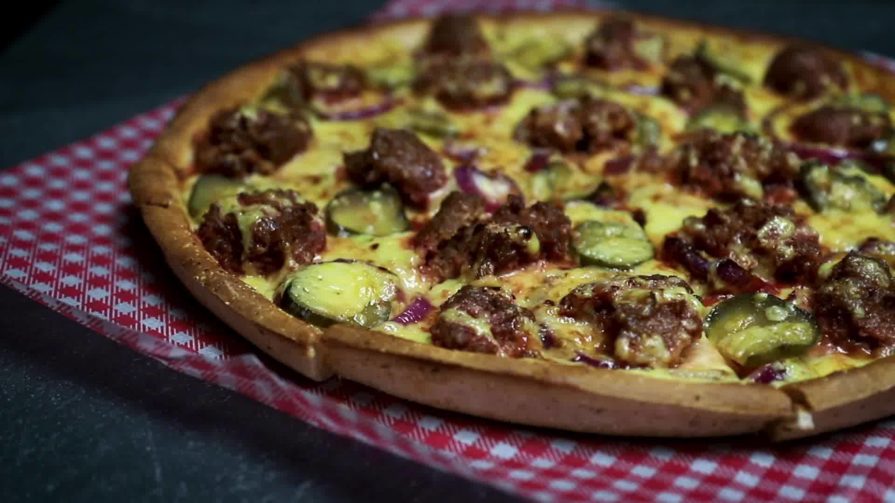 On June 21, Hell Pizza launched “Burger Pizza,” topped with “medium-rare burger patty” along with smoked cheddar, honey mustard, red onion and gherkins. After selling to 3,000 customers in the past five days, the pizzeria then announced that the toppings were plant-based meat creations by the U.S. company Beyond Meat.

These burger patties are created with plant bases like pea protein or potato starch, and marbled with coconut oil and cocoa butter.

While this is a limited time offer, the pizzeria said that the pie was a success with 69 percent of customers saying that it “tasted just like meat,” while 80 percent was “stoked to hear the patties were made from plants.”

However, judging from comments on the post, a number of customers weren’t impressed with the covert activism.

One commenter wrote: “Nah, not impressed. Having had anaphylaxis twice and having a son with 6 allergies and intolerances I would be furious if someone decided to “fool” me on what I ate. Eating out is already scary enough but now it’s another store I can’t trust, unfortunately. Shame since they were one we could eat at until now.”

Another chimed in: “Yup! I’m also unimpressed by this publicity stunt. There’s coconut oil in Beyond patties which is such a common allergen? This could have gone badly wrong for someone.”

One commenter complained that it’s not truly plant-based if it’s served with cheddar instead of vegan cheese.

“If covertly adding meat-free options onto a pizza encourages more people to be open-minded, we’re happy to do that,” he added.