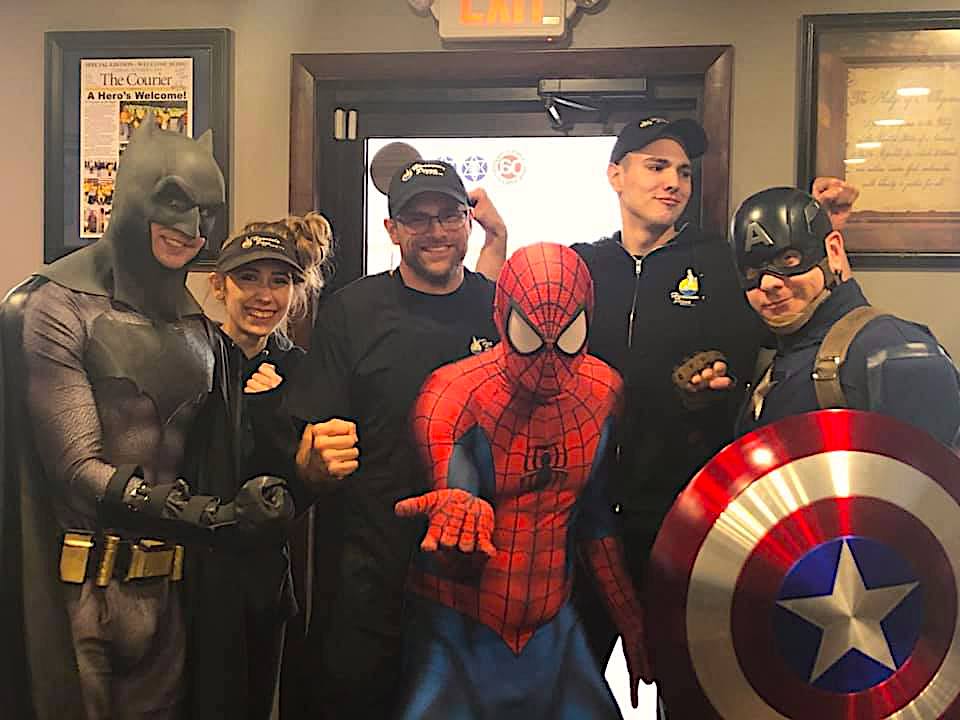 Another perk for Heavenly Pizza employees: occasional visits by superheroes.

Employees at Heavenly Pizza in Findlay, Ohio, got a big fat raise to $78 an hour—if only for one day.

Heavenly Pizza owner Josh Elchert announced on social media that it was celebrating Employee Appreciation Day on July 5, with the entire day’s profits going straight to the employees.

In a social media video, Elchert said his workers deserved every penny. “Our employees have been so great during COVID, during the pandemic, during this season of uncertainty,” he said. “They’ve just been fantastic. They show up every day. They’re here in a good mood. We want to take a day and appreciate them.”

Elchert’s original goal was around 200 orders for that day, which would have added up to between $40 and $50 an hour. But the public’s enthusiastic reaction to his social media post upped that number a bit. The video post garnered 114 reactions, 28 comments and 89 shares. Meanwhile, Michael Tatar, a reporter for WTOL 11 in Toledo, took to Facebook and posted a video teaser for his story on Heavenly Pizza and later posted the story itself, ensuring that Heavenly Pizza remained in the news after the event.

One of Heavenly Pizza’s employees told WTOL that the pizzeria’s staff feels like family to him now. “Find a place where you feel purpose, and you won’t feel like you’re meaningless,” he said. “You’ll feel right where you’re supposed to be.”