Hard Cheeses for Pizza: You Can Say No to Mozzarella - PMQ Pizza Magazine 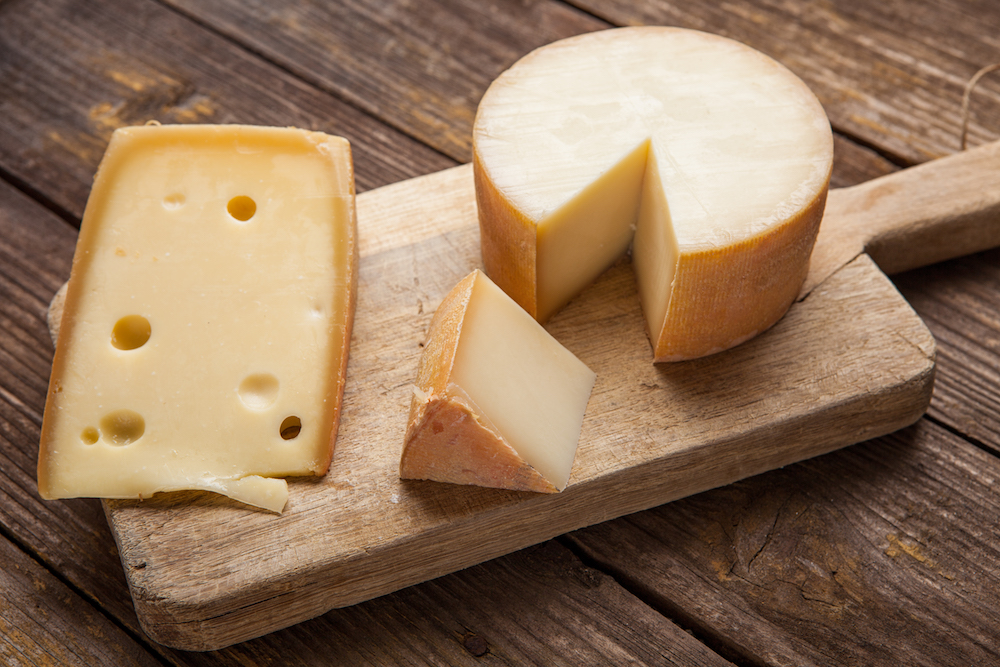 There are many varieties of hard cheeses for pizza applications.

by Ed Zimmerman and Tracy Morin

Melted mozzarella is the default topping for pizza. But have you thought about offering alternatives that are a bit more unusual for pizza applications? To make your pizzeria stand out from the crowd and meet consumer demand for innovative flavor offerings, look to hard cheeses for pizza perfection. Hard cheeses add unique and on-trend flavor, texture and appearance to pizzas.

What is Hard Cheese?

Semihard and hard cheeses contain less moisture than fresh or soft cheeses, and texture can range from semifirm to very firm. The firmer the cheese, the slower the ripening, the more selective the flora (flavor and aroma), and the longer the shelf life. While many production variations determine a cheese”s ultimate characteristics, most cheeses in this category are made with curds that are cut, molded and pressed. Once unmolded, the cheese is allowed to age.

Very hard cheeses are very dry and the firmest of all types. Because of their hardness, they are also called “grating cheeses”; the more aged versions may acquire a crumbly or crystalline texture. Cheeses in this category are typically aged at least six to 12 months, and in some cases may be aged up to several years. Examples include dry Jack, aged cheddar and aged Gouda.

Related: Meet the biggest stars in the soft cheese stratosphere.

Wisconsin, meanwhile, is known primarily for its cheddar, but did you know it produces a wide variety of cheeses, including specialty hard cheeses? Courtesy of the Wisconsin Milk Marketing Board, here are some possible hard cheeses for pizza recipes:

Semihard Cheeses for Pizza:
Cheddar: Younger types are rich and nutty with a smooth, firm texture that becomes increasingly complex and crumbly with age. Cheddar’s natural color is creamy white, but it can also be golden-yellow with the addition of annatto, a tasteless, odorless vegetable coloring.

Alpine Style: This traditional style originates from the mountainous regions of France and Switzerland. Its flavor tends to be leaner, with nutty, woodsy and grassy undertones. This includes varieties such as Swiss and Gruyere.

Gouda/Edam: Made with whole milk, Gouda has a rich, buttery, slightly sweet flavor and a smooth, creamy texture. It is traditionally covered with red wax. Edam is made with part-skim milk, giving it a light, nutty flavor and smooth, firm texture.

Hard Cheeses for Pizza
Parmesan: Similar to Asiago, Parmesan has a buttery, sweet, nutty flavor and a granular texture that intensifies with age.

Romano: Romano is sharp, tangy and assertive, the most intense of the hard cheeses.

Pepato: Hearty and robust, this peppery cheese is similar to Romano, but it’s studded with whole peppercorns.

Additional varieties of hard cheeses for pizza include:

Dry Jack: This cheese has a mild, aged nutty flavor and is typically pale yellow in color. As with most hard cheeses, Dry Jack may be aged from seven months to several years. For a taste twist, shave curls of Mellow Jack cheese onto a hot-from-the-oven spicy sausage pizza.

Related: Australian chef sets new record for most varieties of cheese on a pizza

Asiago: This Italian-style cheese boasts a sharp, rich flavor. Harder, more aged versions, such as Dry Jack or Parmesan, can be grated. Try it on a white pizza: Top a layer of Asiago cheese with sliced mushrooms or shaved artichokes and whole roasted garlic cloves.

Cotija: This is a Hispanic-style cheese typically shredded onto cooked foods. It’s also great in salads and with fruit. Cotija can take pizza in a whole new direction; a topping of grated cotija, black olives, chorizo and pickled jalapeños turns ordinary pizza into a Latin taste sensation.