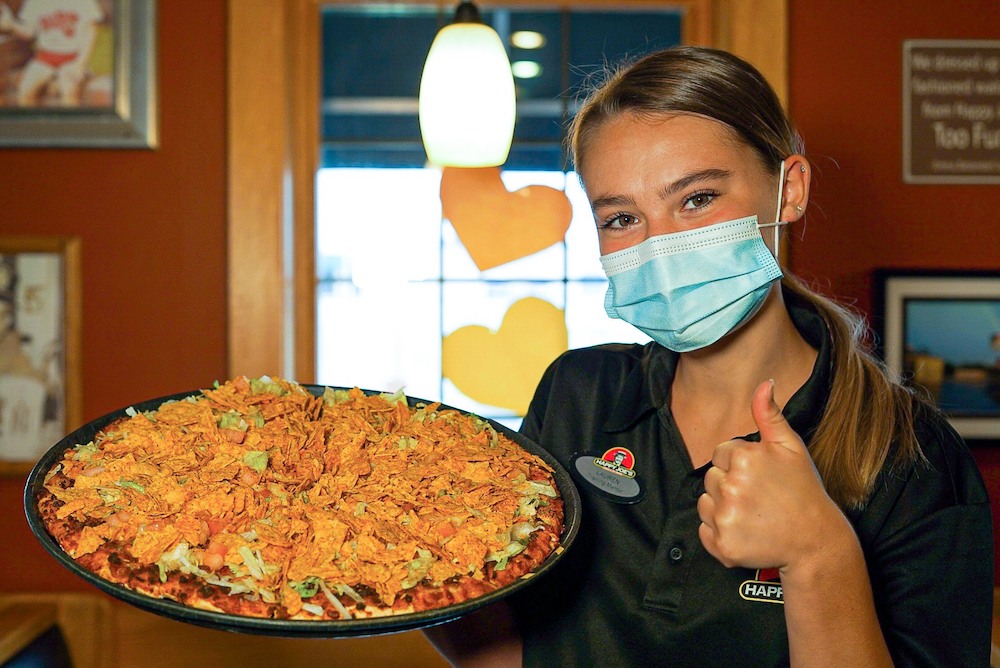 The new CEO of Happy Joe’s Pizza and Ice Cream, with 52 locations in Iowa, Illinois, Missouri, Minnesota, North Dakota, and Wisconsin, is thinking big when it comes to expanding the brand. Like, really big.

Tom Sacco, who took over the position in October, wants to open 1,000 new locations over the next 10 years, he told QSR Magazine. He believes his kid-friendly company has “the best unsung restaurant story in the country today.”

There’s no denying Happy Joe’s, headquartered in Bettendorf, Iowa, is a known commodity in the Midwest and that it’s especially popular with families. Joe Whitty founded the company in 1972 after working at a succession of foodservice jobs. He had been managing a Shakey’s Pizza when he decided to combine pizza with ice cream, an idea that didn’t fly with the owner of Shakey’s. So he eventually took out a $30,000 loan through the Small Business Association to try it out himself.

Before Whitty died in October 2019, he sold a stake in Happy Joe’s to Dynamic Restaurant Holdings (DRH), now its parent company. But DRH got off to a shaky start with franchisees, Sacco said in the QSR interview.

“There was just a lot of things aligning in ways that created some anxiety, created some animosity … between the franchise community and the parent company,” he said.

Sacco, a 30-year restaurant industry veteran, stepped in and addressed the issues. Since then, the company has opened two new franchised operations in Iowa, while an existing franchisee launched another one in St. Peters, Missouri, and a new corporate location is slated to open in Fond du Lac, Wisconsin, in July.

To spur the growth, Sacco waived Happy Joe’s initial franchise fee and reduced royalties to 2 percent during the first year and 4 percent for the second. He also aims to help restaurateurs who have struggled during the pandemic convert existing spaces into Happy Joe’s franchise stores, saving them money on build-outs.

Sacco believes in the brand’s growth potential because it’s already so beloved in the Midwest—a quality he calls “fairy dust.”

“It’s got all these positive, magical memories that have been created … over the years,” Sacco said. “But nobody outside of six Midwestern states have a clue as to who they are.”