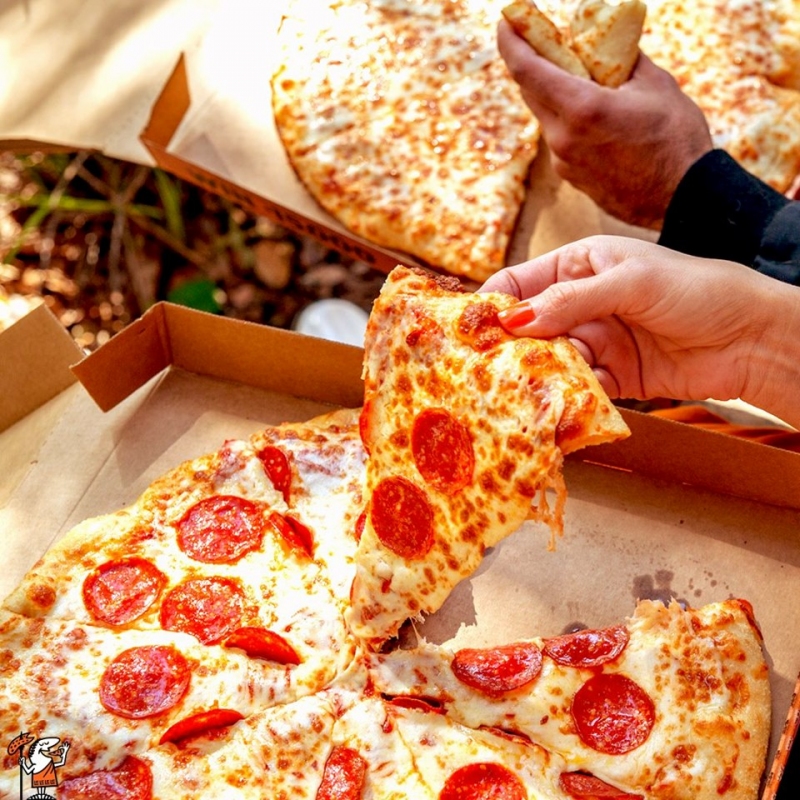 Bigger is sometimes better.  Groupon, an online app that connects subscribers to discounts from merchants, warns against buying small pizzas.

Groupon spent a month compiling data on 230 individual pies at Domino’s, Pizza Hut, Casey’s, Papa Murphy’s, and Little Casesars.  They calculated the surface area and calories per pizza, and found that the surface area is more important than the standard diameter of pizza measurement.

Little Caesars will save the most money since it offers only one size: 14-inch, with the lowest price per person at $2.30.

Papa John’s also has the steepest drop in cost per slice from its smallest to largest pie: $8.70 per person for a small to $5.83 for an extra large per person.

There will always be customers that love the small pies, but for those throwing pizza parties or feeding a family… size up.