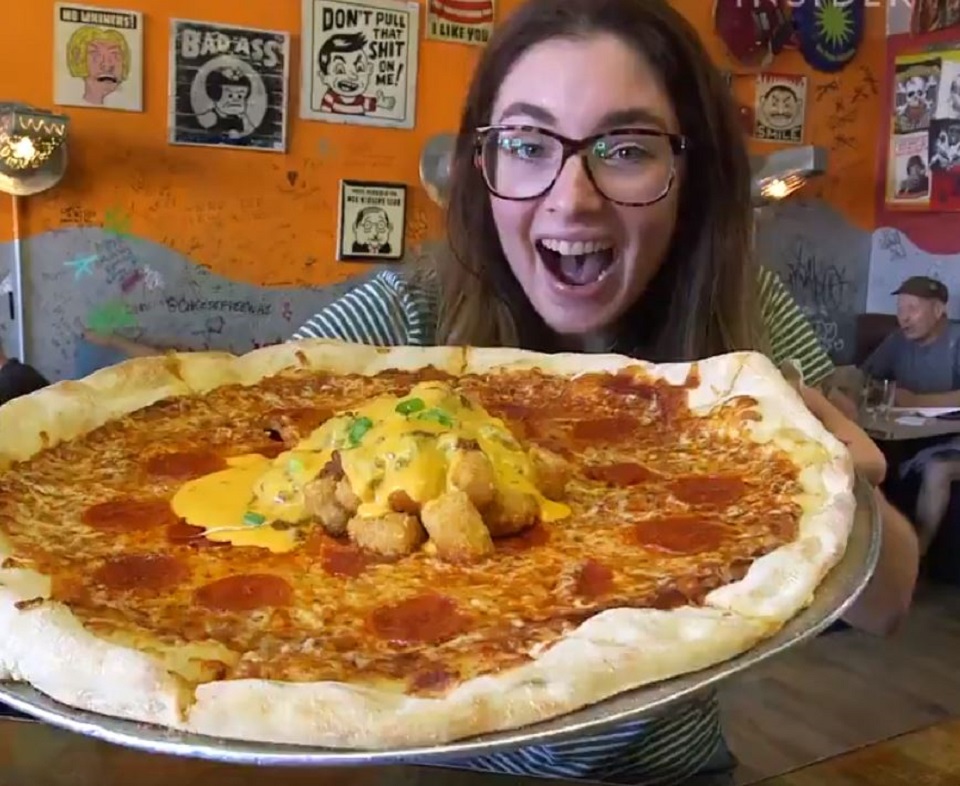 At Grinders Pizza in Kansas, no pizza is complete without a heapin’ helping of tater tots, chili and Cheez Whiz.

Jeff “Stretch” Rumaner, Grinders owner, sets his company apart with a notorious signature pizza called the Famous Chili Bomb Pie, which features all of the above ingredients plus green onions. But that pizza, which has been featured on the Food Network’s Diners, Drive-Ins and Dives, is just one way to get massive indigestion at Grinders, which has four locations around the state.

By customer request, Grinders will also pile tater tots, chili and Cheez Whiz into the center of any pizza on the menu. Rumaner calls it "chili bombing," and a lot of folks are weird enough to pay good money for it.

Now picture yourself downing half a bottle of Tums. 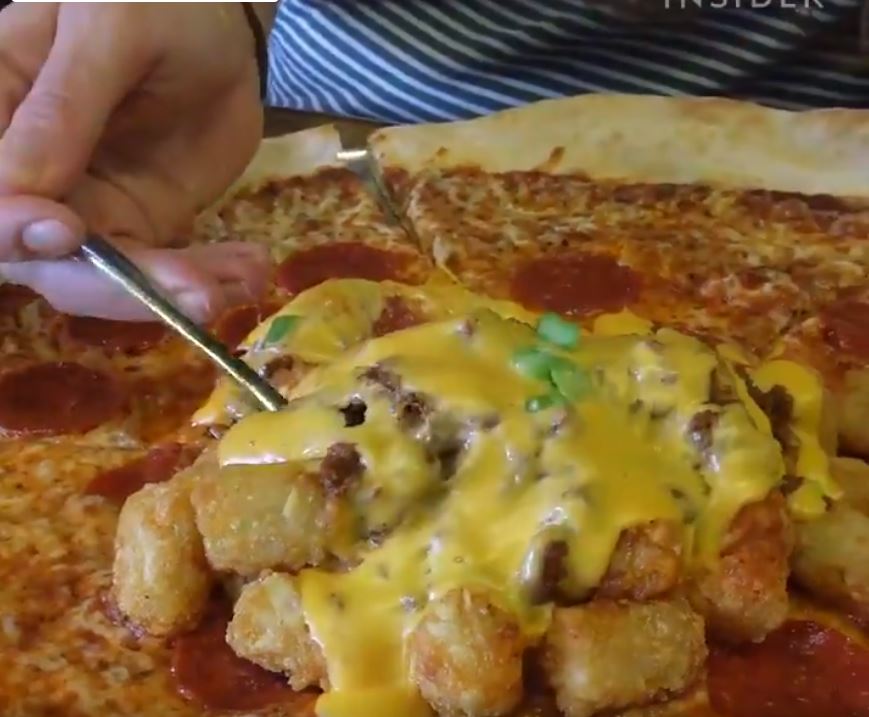 “Grinders presents not just good food but a dining experience,” Rumaner said in a Food Insider video highlighting his shop. “And when you have a chili bomb in the middle of a pizza … I’ve seen people chili-bomb salads, Bloody Marys—you can chili-bomb anything.”

Grinders blows through almost 19,000 pounds of Kraft Cheez Whiz a year, the company says. The restaurant also loads its Philly Cheesesteak sandwiches with the processed cheese mix. And it's known for its Death Wings and hyper-spicy Death Nectar sauce, described as “so f’ing hot it will blow your mind and burn off a few taste buds.” The company claims that its attorney won’t allow the Death Wings to be served “to children under 18 or cry-babies of any age.”