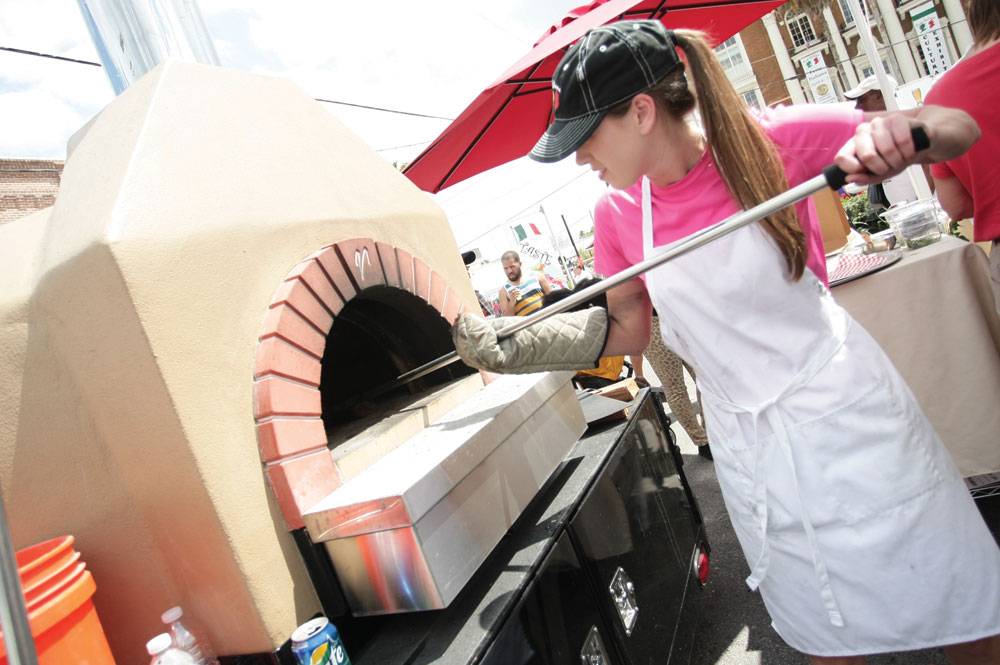 The Ybor City district in Tampa, Florida, has a rich Sicilian heritage. People started emigrating from Sicily at the end of the 19th century and moved to Ybor City and West Tampa, where they found work in the cigar factories. Here, they came together with the region’s many Cuban immigrants, and there was a great deal of intermarriage between the two nationalities. Ybor City soon became famous for its homemade, hand-rolled cigars, but it’s also famous for something else: the annual Festa Italiana, a four-day event that features delicious Italian food from the Tampa Bay area’s restaurants, plus fine Italian wines, live entertainment and kids’ activities.

This year’s Festa Italiana took place on April 4 to April 7. Attendees were able to see and taste every kind of authentic Italian food imaginable—the meatball Parmigiana, for example, is the best you will ever find! And, of course, the amazing Cuban sandwiches are not to be missed either. (This town is famous for both its Italian and Cuban cuisines.) Bruce Keiffer from Federated Payments, who joined me at the festival, remarked on how much he enjoyed the homemade cookies and pastries at the pre-event, which was held in the great Italian building known as the Italiano-Italian Club.

Additionally, this colorful festival features men dressed as members of the famous Garibaldi Brigade, parading through the city streets in honor of the great military expedition that liberated Sicily from the Bourbons of France in 1860. As you stroll along the busy avenues, you’ll also encounter the city’s leading restaurant owners and retail merchants.

For anyone who isn’t familiar with Ybor City’s character, it is very similar to Bourbon Street in New Orleans, only much cleaner and family-friendly. I’m very proud to have been a participant in this feast throughout the years. I have many friends in the area and, of course, I’ve made Tampa my home, too. I even had the opportunity to make a surprise dish for the mayor and Florida’s governor and state senate leaders.

Festa Italiana is an event that people in the pizza industry should attend every year, for the great Italian food—including pizza—as well as for the networking opportunities and the cultural experience. If you’re a vendor, the festival provides an excellent venue to get your products noticed and land some big accounts. Plan to make it a weeklong trip—since Ybor City is located only about an hour’s drive from Orlando and the beaches of Clearwater, you will never run out of things to do. Best of all, 50% of all festival ticket sales go to charity. Mark your calendars now for 2014’s event—I’ve got a booth of my own, so I’ll see you there! For more information, visit festaitalianatampa.com or italian-club.org.