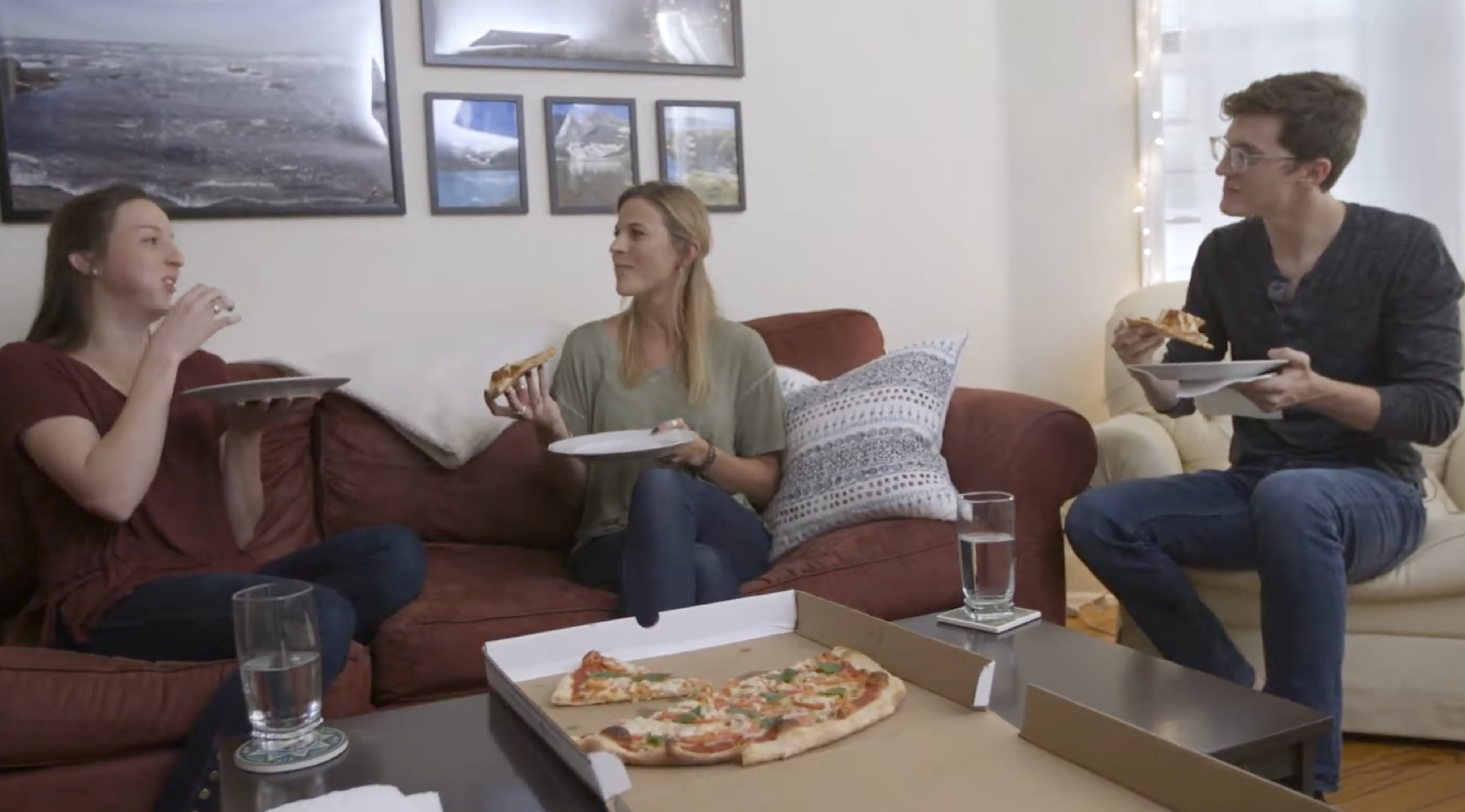 Countless pizzerias pride themselves on fast delivery, but Sargento Foods shook the culinary scene in April with its guarantee of the “World’s Slowest Pizza Delivery.” Sargento teamed up with Big G’s Pizza to make a pie with Sargento’s aged cheese, which would take at least four months before it was ready for consumption. Within minutes of the announcement, a hundred Chicagoans signed on for the offer.

Then the long wait began as everyone waited for several flavors to ripen: Parmesan, Cheddar, Gouda, and Italian cheese.  “We’ve been eager the last four months, maybe not as much as our participants, to finally get the pizzas to patient customers so they could get a chance to try the Reserve Series of aged cheese,” said Stuart Manning, representative of Sargento Foods.

Sargento’s Reserve Series’ cheeses take up to 18 months to age well, but the food company wanted to show that its limited series is well worth the wait. “About a quarter of the World’s Slowest Pizza Delivery participants chose the Mac & Aged Cheddar Cheese Pizza with our 18-month aged cheese,” Manning said. “The four-month participants of the Aged Italian Blend Margherita Pizza had their pizzas delivered in August, for which they were relieved, ecstatic and hungry upon receiving.”

Among the offerings were a Margherita Pizza with aged Italian; a Bacon, Apple & Aged Gouda Pizza; a Chicken (aged) Parmesan Pizza; and a Mac & Aged Cheddar Cheese Pizza.

And the deliveries keep coming even six months later.

“We were very excited when Sargento reached out to us to partner and create these custom recipes for the World’s Slowest Pizza Delivery,” said Jaime Gamez, co-owner of Big G’s. “Luckily, I was able to spend some time with the cheese while perfecting the recipes.”

Based on feedback from satisfied customers, Gamez feels they hit the mark in recipe crafting. “I think they were all great, but my pizzeria is actually famous for our Mac N Cheese Pizza,” he said. “So, we were especially excited to provide a special Reserve Series version to customers with the shredded 18-month aged cheddar.”

Gamez said he also incorporated the aged Parmesan into salads and aged cheddar for quesadillas. “So, there’s a lot more you can do with aged cheeses, which I really love,” he said.

So far, he has made 30 pizzas for the Slowest Delivery run, but in his lifetime the personal number is a bit higher. “I’ve definitely made over 100,000 pizzas over the last 20 years,” he said.

Christy and Mark Bauhs of Lincoln Park in Chicago were among the lucky customers who ate the long-awaited aged Italian blend Margherita pizza. They checked on the Italian cheese’s progress every week or two. “The pizza was pretty amazing,” Christy said. “Perfect crust, fresh basil and tasty, tangy cheese! It was a fun and interesting process, but I hate waiting an hour for my pizza, let alone months! But the process definitely gave me a few recipe ideas as we do a lot of homemade pizzas.”

Jalisa Ambrose, co-host of The Black Girl Report Podcast, also enjoyed the same Italian blend Margherita pizza.  “I checked once and then honestly forgot about it, which made me that much more excited when I was informed it was going to be delivered,” she said. “I was very excited about it and was surprised by how fresh everything tasted.”

“If pizza is involved, I will wait as long as I need to,” Ambrose said.

The customers who ordered the 18-month aged cheddar pizza will be among the last to receive their pie. The day they get it will be a day to remember, certainly.

Unfortunately for those wanting to join in the waiting game, the World’s Slowest Pizza Delivery was a one-time campaign. But the customers can visit Sargento.com/recipes to make their own aged cheese pizza where they’d only have to wait for the oven’s timer to ring.