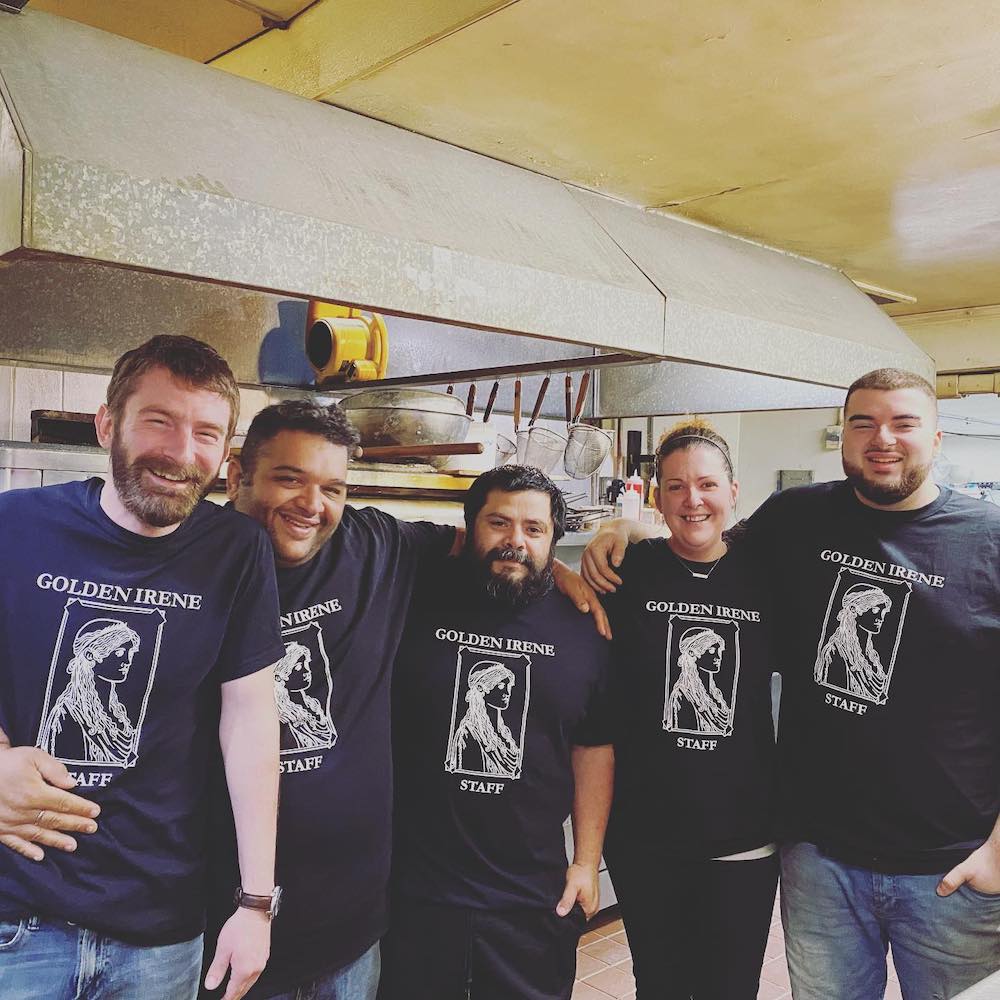 Members of the team at Golden Irene's in East Windsor, Connecticut

Related: This pizza box doubles as a board game

Golden Irene’s, a pizzeria in East Windsor, Connecticut, will make National Pizza Day count for local kids with a pizza-making fundraiser for a local nonprofit called Educational Resources for Children (ERfC) and its Distance Learning Center.

The contest, which is open to adults, children and families, will run from January 19 through February 7. For $6, contestants will buy pizza-making kits—including dough and sauce—from Golden Irene’s, prepare and bake their pies with their own preferred toppings, and then post photos of the final result using the hashtag #ERfCpizza.

The first-place winner’s pizza will be added to Golden Irene’s menu for at least a month, and 10% from each sale of the pizza will go to ERfC.

To build up some excitement, Akkouris plans to bring his mobile wood-fired oven to ERfC’s Distance Learning Center and let students watch him make pizza from start to finish. Akkouris has also been creating dough-making videos for his Facebook page.

ERfC launched the Distance Learning Center last March as a safe place for kids to engage in remote learning while their parents worked outside the home.

“It’s important right now, with COVID and winter and everyone being stuck inside, to do something exciting,” Danielle Flaherty, ERfC’s marketing and social media coordinator, told the Journal Inquirer. “We want it to be a FUNdraiser rather than a FUNDraiser.”

Although Akkouris, who has owned Golden Irene’s for 16 years, won’t be able to taste the pizza entries personally, that won’t be a problem, he told the Journal Inquirer. “Fresh flavors are always what I’ve been good at,” he said. “Because I know the flavors already, I’ll be able to know what the pizza will taste like.”