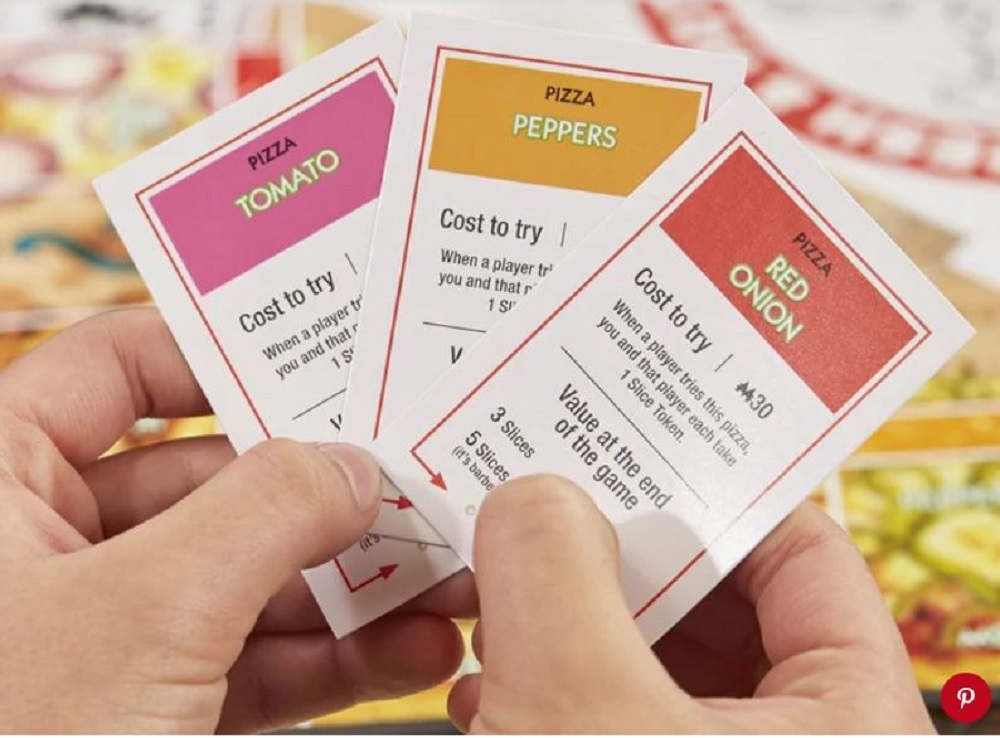 Monopoly lovers can corner the market on toppings like mac and cheese, mushrooms, eggplant and bacon in the new pizza-themed version of the classic board game.

Released by Hasbro, Monopoly Pizza is less about greed-fueled capitalism than sheer gluttony. The game comes in a container shaped like a classic pizza delivery box, and that’s just one of the notable differences. When it comes to choosing your token, forget the shaggy dog, the race car and the (forever inexplicable) thimble. Instead, you’ll choose from pieces like a tiny Parmesan cheese shaker, a delivery bike, a slicer, a cheese grater, or a pizza on a paddle. 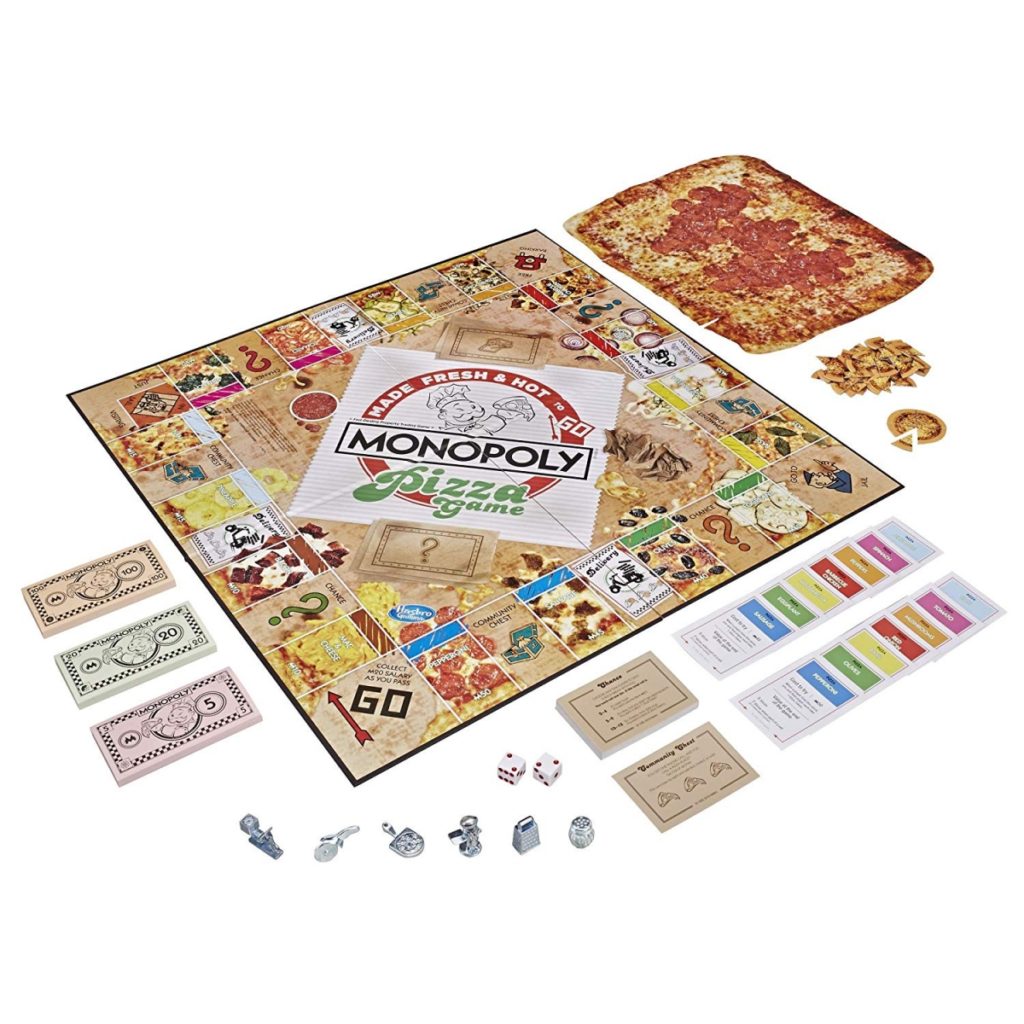 Familiar stops on the board include Go, Free Parking, Chance, Community Chest and, of course, the dreaded Jail. But most of the “properties” consist of classic pizza toppings. Color sets of properties translate to topping combos for signature pies, such as a veggie lovers special or a BBQ pizza. Each player tries to snap up as many whole pizzas as they can by purchasing topping spaces while also collecting pizza-slice tokens (instead of rent money) when other players land on their toppings.

“With Chance and Community Chest cards,” Hasbro states, “players can become pizza connoisseurs or try something fun such as entering a pizza-making contest.” 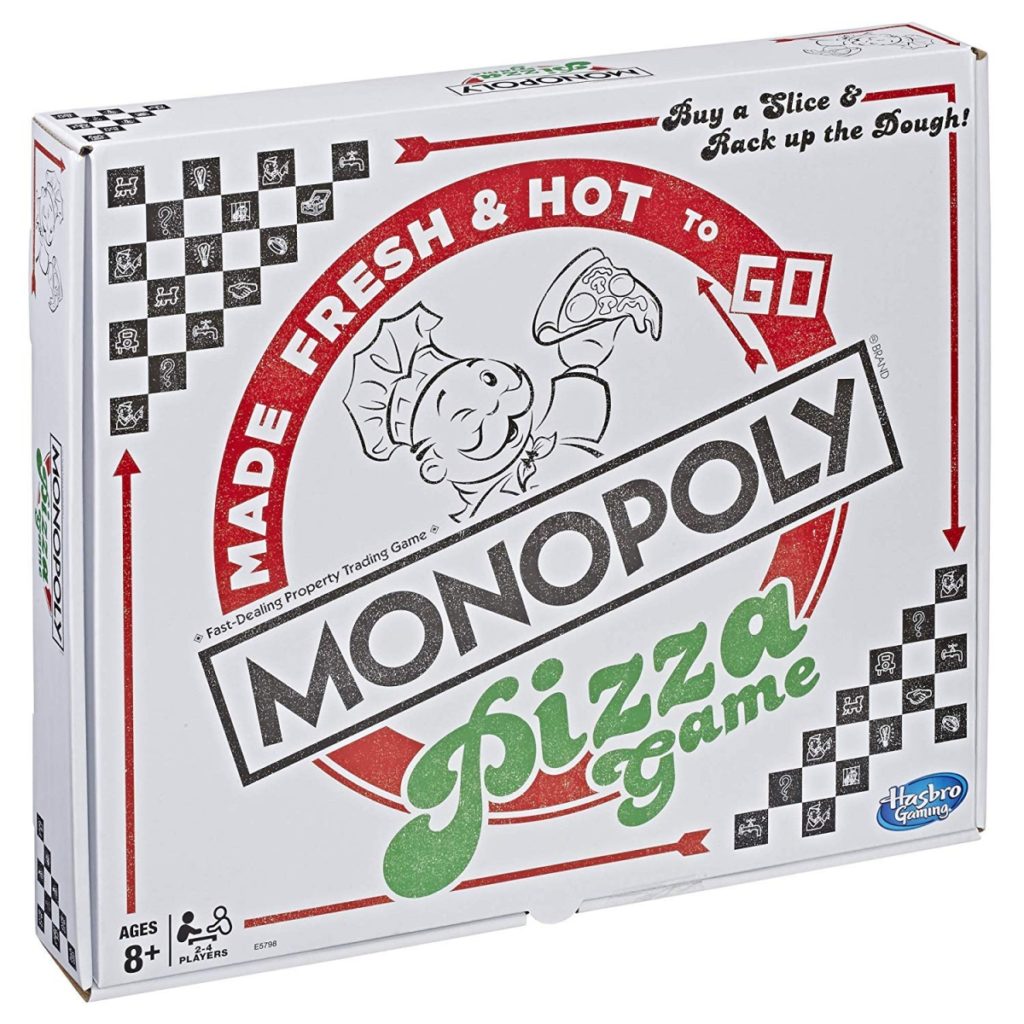 Monopoly Pizza is just the latest variation on the game. Other versions have paid homage to ABBA, “Bob’s Burgers,” “The Golden Girls,” My Little Pony and Trump Entertainment Resorts.