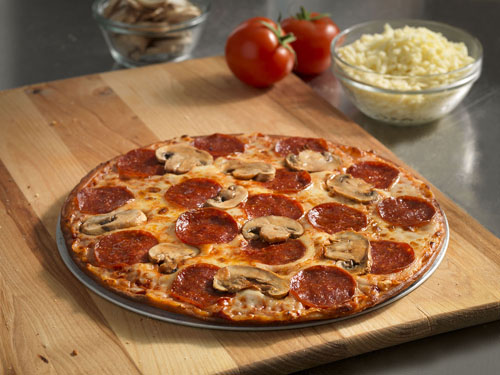 One of the biggest challenges facing pizzerias is meeting the growing demand for gluten-free options. Now a follow-up to the original study identifying gluten as a cause of digestive problems for people without celiac disease discredits the original findings.

Business Insider Australia reports the new research was conducted by Peter Gibson of Monash University whose 2011 study discovered the "non-celiac gluten sensitivity" in a relatively small sample of adults. The findings led to a worldwide food business explosion with sales of gluten-free products expected to hit $15 billion by 2016. Although only 1% of American actually suffer from celiac disease, 18% of adults buy gluten-free products. Gibson's new study, published last year in the journal Gastroenterology, removed non-gluten triggers for GI symptoms and then fed self-described gluten-sensitive subjects a nine-day cycle of high-, low- and no-gluten (placebo) diets.  “In contrast to our first study…we could find absolutely no specific response to gluten,” Gibson wrote in the paper. All subjects reported the same level of GI distress no matter what they ate. A third, larger study published this month has confirmed the findings.

Read more about the study that could have a huge impact on pizzerias.