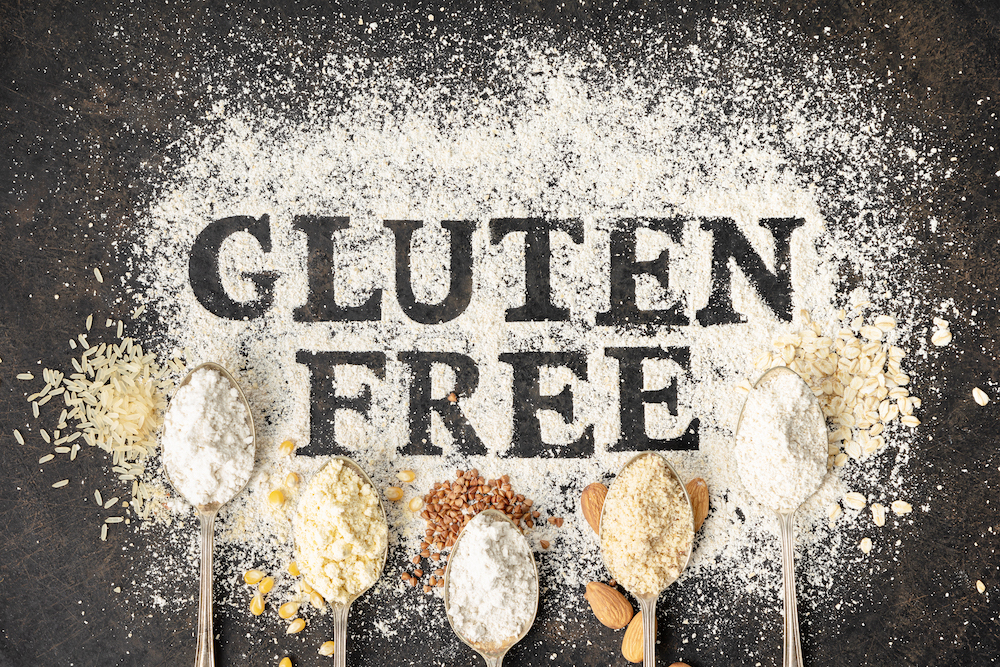 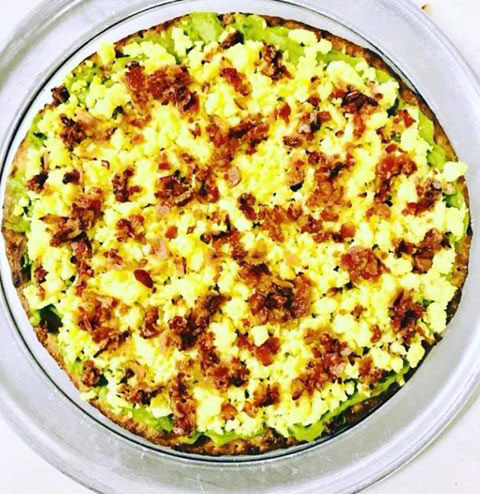 Behind the Pie: Manish Patel, owner of Mr. T’s in Greenville, Michigan, says the idea for a keto crust came from his customers who were looking for a low-carb pizza option. Patel makes the crust with a blend of mozzarella and provolone cheeses, cream cheese, eggs and almond flour. He says he never puts sugar in his sauce, so his pizzas are ideal for guests on a gluten-free, low-carb and low-sugar diet. Pictured is a breakfast pizza featuring a keto crust with an avocado cream sauce, scrambled eggs and bacon. 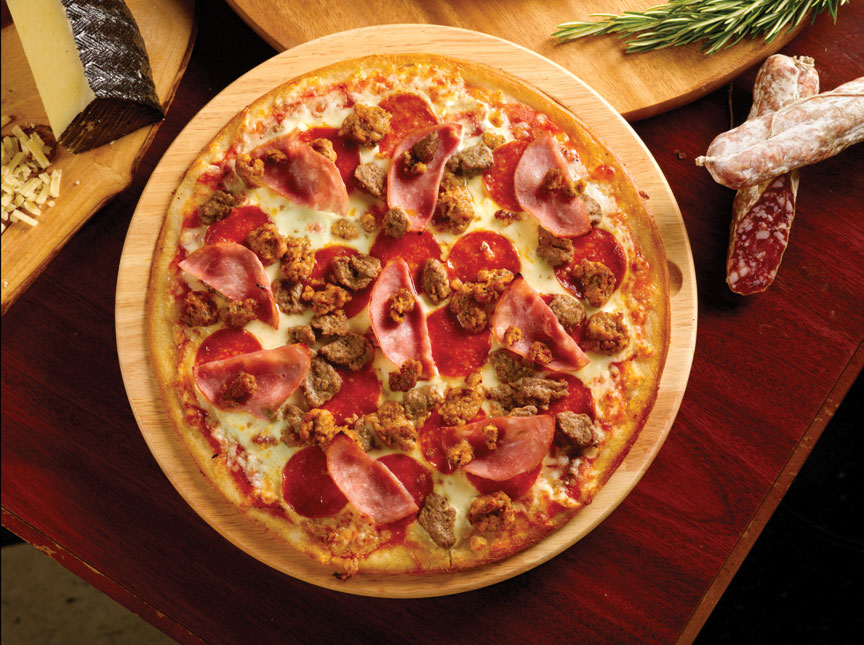 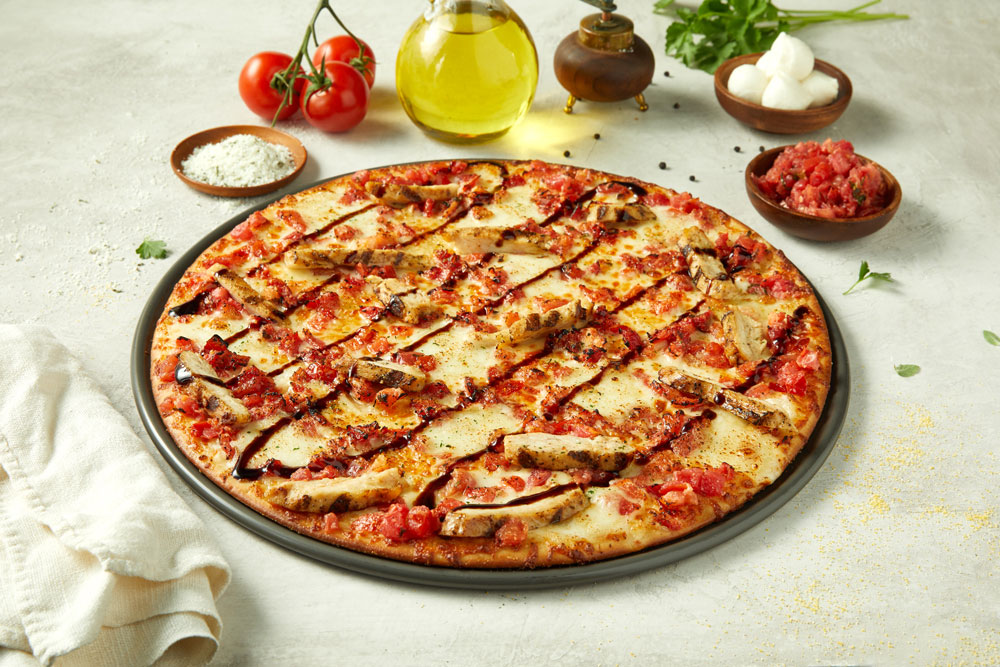 Behind the Pie: Donatos and its franchise partners operate 150-plus restaurants in six states and more than 15 entertainment and sports venues—making gluten-free options a must. The Chicken Bruschetta Pizza incorporates tomato bruschetta, sliced chicken breast, fresh mozzarella, Romano, and an Italian seasoning, finished with an olive oil and balsamic drizzle—all served on a gluten-free crust made from brown rice and tapioca flour. 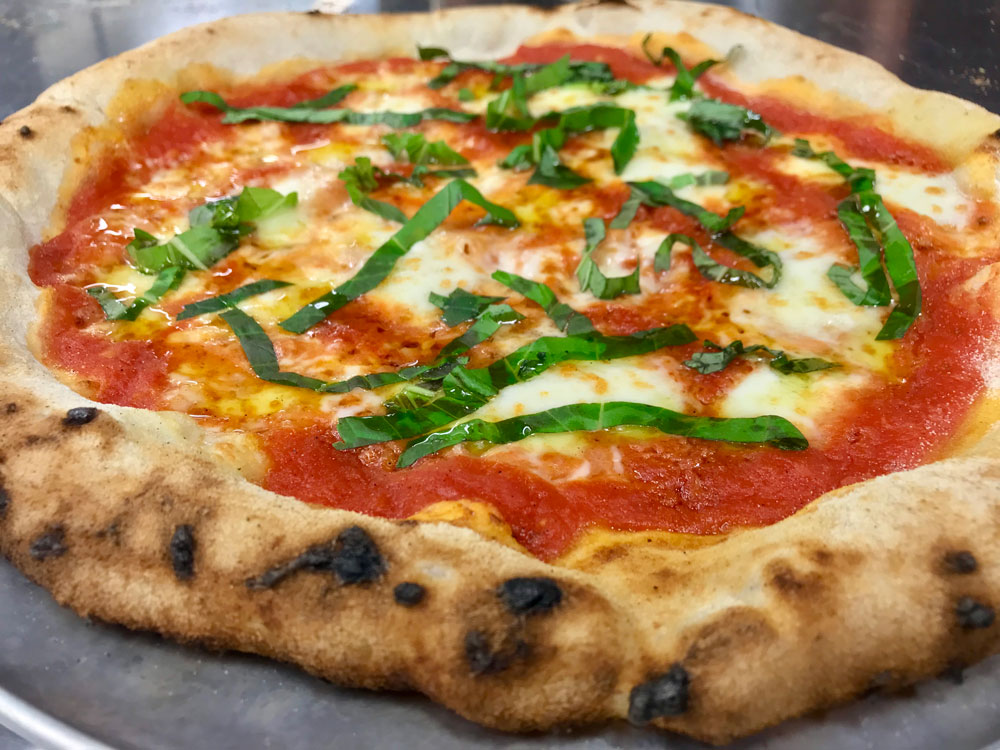 Behind the Pie: Wood-fired Neapolitan meets gluten-free in co-owner Ric Gruber’s simple yet scrumptious Margherita pizza. As a Neapolitan-style pizzeria, Bricks Wood Fired Pizza, with seven locations in the Chicago area, uses a traditional Neapolitan recipe, with the exception of the Caputo Fiore Glut in place of the standard “00.” This gluten-free flour blends rice and potato starches, rice and soy flour, sugar, thickeners, and dietary fiber. 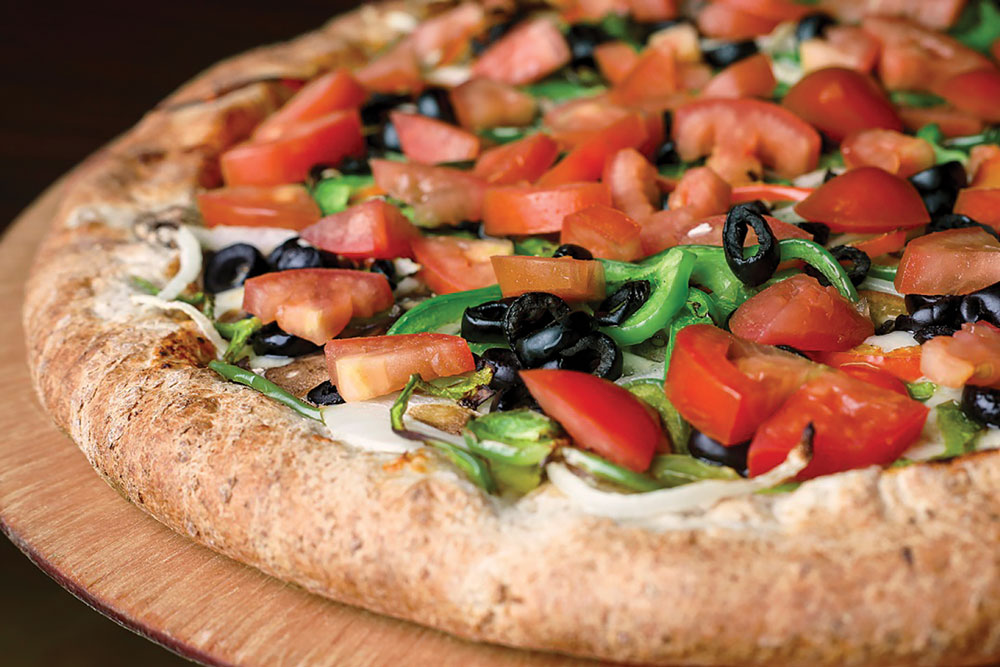 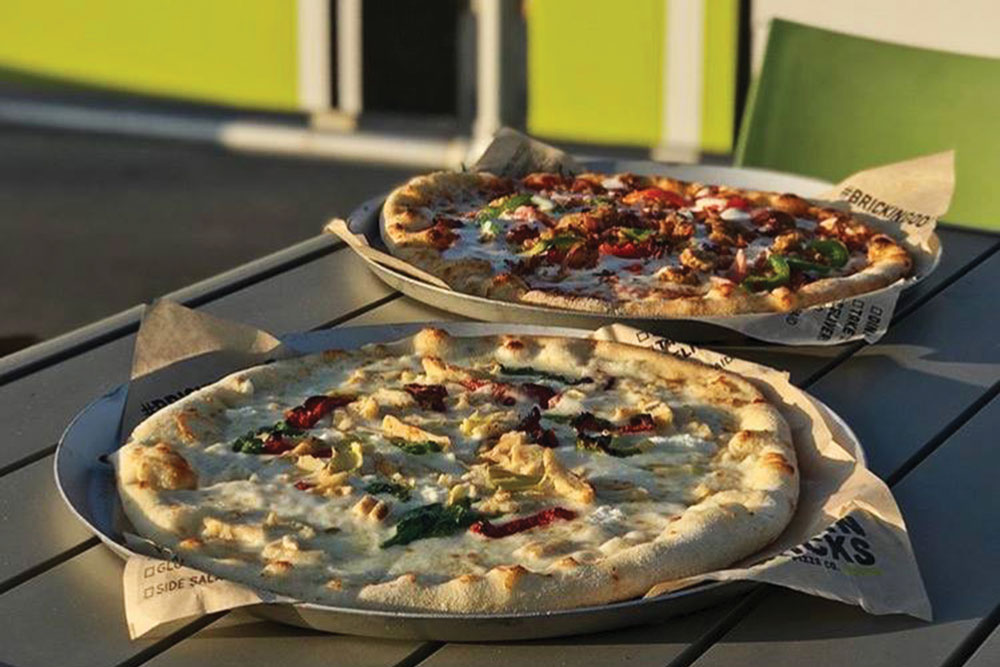 Behind the Pie: With a focus on artisan salads and brick oven-fired pies, Urban Bricks, with 12 locations in the United States and Canada, caters to a range of dietary restrictions. Designed for gluten-free diners who love to build their own specialty creations, its gluten-free dough is made fresh daily with all-natural ingredients, including a blend of rice and potato starches, rice and soy flour, sugar, thickeners and dietary fiber—the perfect canvas for any topping combo.