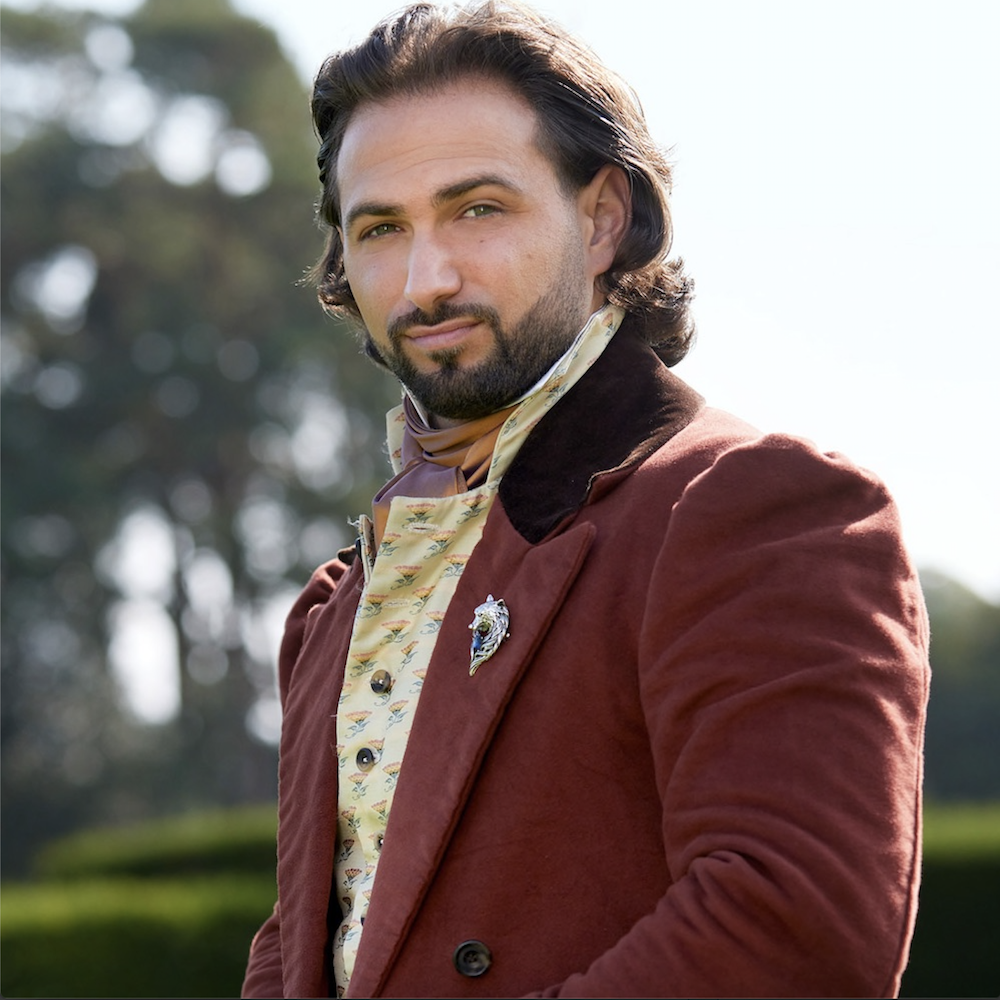 Do pizza makers make better lovers? Giuseppe Castronovo, owner of Oakwood’s Point Pizza in Point Pleasant, New Jersey, probably thinks so, and he’s getting a chance to prove it as a cast member of NBC’s latest reality show, “The Courtship,” which debuted on Sunday, March 6.

Filmed in a castle in York, England, “The Courtship” adds a “Bridgerton”-style twist to the all-too-familiar dating-show trope. A group of eligible suitors, clad in period garb, vie for the heart of a beautiful princess—specifically Nicole Remy—with carriage rides, ballroom dances, lakeside archery contests and handwritten love letters while trying to prove that chivalry isn’t dead.

Castronovo isn’t exactly a newcomer to reality TV. He appeared in episodes of “Jersey Shore” with his cousin, Vinny Guadagnino.

But dressing up like an English duke of yore is a bit of a switch from muscle shirts and shorts. And Castronovo had to adjust to this Old World style of courting fair maidens. He and other cast members even had to turn over their smartphones to the production crew and only had limited contact with the outside world while filming the show.

“I grew up with texting, so current dating is constant contact,” he said. “Immediately, you’ll be involved in every aspect of that person’s life. This show completely changes that.”

“It really made you have to appreciate and take full advantage of the little time that you had in front of … the girl we’re trying to court,” Castronovo added. “So it’s literally like fighting for time to get to talk to her and get to know her, whereas in the present day you can text all day and take your time.”

Related: Kid-friendly pizzeria seeks silent partner to save the business

Castronovo is the second pizzeria owner to seek love—and maybe publicity for his restaurant—on national television recently. Peter Izzo, owner of Peter’s Pizzeria in Port St. Joe, Florida, was a contestant on “The Bachelorette” last year. Not long after his TV debut, Izzo and his partner announced that they would open a second restaurant in Boca Raton, Florida, last November. However, the website for Peter’s Pizzeria currently lists only the Port St. Joe location.

Regardless, “The Courtship” thus far doesn’t seem to have the brand appeal of “The Bachelorette.” According to Programming Insider, the show’s premiere episode “scored what has to be a historical low for any regularly scheduled series in the Sunday 8 p.m. ET time period,” reeling in just 916,000 viewers and a 0.2 rating/1 share among adult viewers age 18 to 49. Let’s hope viewers still get a chance to see Castronovo become king of the castle, maybe after dancing a graceful waltz and swapping a chaste kiss or two with Remy.

“Whether baking the perfect pizza or falling in love, we know this Italian boy will put his whole heart into it. Giuseppe opened a pizzeria with his father after owning a pizza boat, where he sailed the Jersey Shore slinging pizza and charming the ladies. Giuseppe grew up in a huge Italian family, with his Sicilian grandparents being the glue holding everyone together. After seeing his late grandparents get so lucky finding true love, he jumped from relationship to relationship trying to find that special spark but grew tired of the modern-day dating games. Giuseppe is looking for a queen to make her heart warm, stomach full and fill her with laughter.”