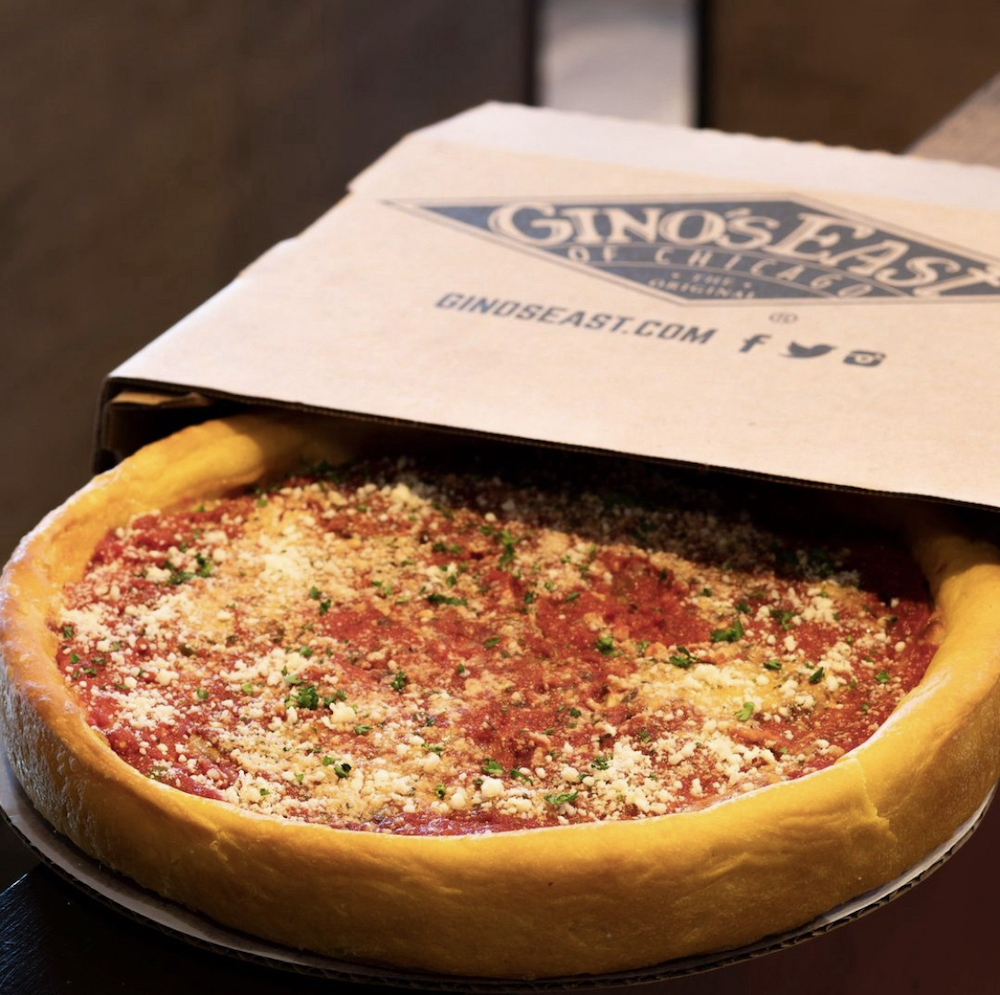 Gino’s East of Chicago headed west to Los Angeles in 2019, and it was apparently a smart move: That location has recently been honored for offering the city’s “Best Pizza” by readers of the Los Angeles Times.

Gino’s topped the newspaper’s annual Best of the Southland survey in the pizza category. The restaurant initially won the San Fernando Valley/Ventura region and then triumphed over the winners of the other four regions in the Southland. The results were announced by the Los Angeles Times online and in print on November 27.

Gino’s East-LA serves up authentic Chicago deep-dish and thin-crust tavern-style pizza, plus other Italian favorites, such as their popular Italian Beef sandwiches.

Founded in Chicago in 1966, Gino’s East of Chicago opened its L.A. restaurant in December of 2019. Designed to make customers feel like they’re in Chicago, the walls are adorned with photos and memorabilia from the Windy City. With the onslaught of COVID-19 restrictions, the location quickly pivoted to carryout and delivery while continuing to employee all interested staff members.

“This is like the People’s Choice awards of pizza, and we are excited about how the city has embraced our pizza as their own,” Gino’s East-LA owners Tod Himmel and Dan Michaels said in a statement.