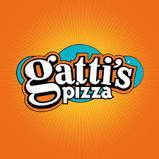 AUSTIN, TEXAS — June 8, 2015 — Gatti’s Pizza has been acquired by Fort Worth, Texas-based Sovrano, LLC. The private-equity group is excited about the opportunity to re-energize the legacy brand by capitalizing on its key strengths, and meeting the consumer demand for quality pizza in a family friendly setting.

Among the chain’s strengths are its people, including a committed network of franchisees who collectively have been good stewards of the brand for more than 45 years, and a talented corporate leadership team based in Austin, Texas.

Restaurant industry veteran Michael Poates is currently the president of Sovrano LLC and will lead the Gatti’s team as president, Mr. Poates draws from more than 28 years of experience at Dairy Queen, Whataburger, Papa John’s, Chesapeake Restaurants, and others.

“There’s a lot that I admire about Gatti’s,” said Mr. Poates. “The pizza is great, and the people are even better. We’ve got an energized group of franchisees and a dedicated corporate team that’s committed to supporting them.  This company is solid and profitable, and provides a great platform for growth. These were deciding factors as we evaluated this acquisition. All the elements for success are in place. My job simply is to serve the brand while accelerating the momentum. We’re all very motivated and excited for what’s ahead.”

Growth is among the team’s first initiatives, including the development of new corporate-owned restaurants in the Dallas-Fort Worth area. Gatti’s is also exploring partnerships with new franchisees who share the vision of the company.

Gatti’s began in Austin, Texas, and for more than 45 years, the restaurant company has stayed true to the founder’s original high standards for a great-tasting pizza with top-quality, fresh ingredients.  Today, Gatti’s has nearly 100 restaurants in communities across the U.S., and accounts for more than $100 million in annual revenue. Learn more about franchising with Gatti’s Pizza.

Gatti’s Pizza was founded in 1969 in Austin, Texas, by Colonel Eure, who originally named the restaurant Mr. Gatti’s after his wife’s maiden name. Today the franchise has nearly 100 locations nationwide. Colonel Eure worked long hours to master the Gatti’s pizza recipe: real cheese, dough made fresh daily, and a signature sauce.  Today, the restaurant stands true to its original values by offering its signature pizza in a relaxed, family-friendly setting. GattiTown locations also offer midway with games and prizes. Learn more at gattispizza.com.