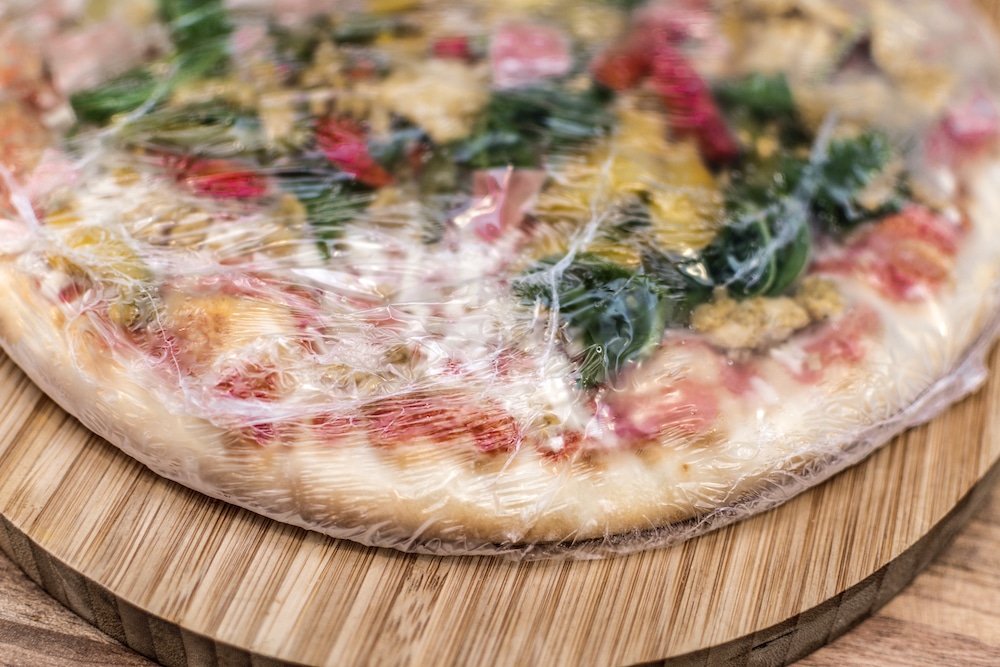 Sales of frozen pizza are soaring nationwide, indicating a demand for premade pizza that can be baked at home—and a golden opportunity for restaurants that offer take-and-bake pizza options.

Americans bought $275 million in frozen pizza during March, according to AdWeek. That’s a 92 percent increase over the same period in 2019.

“I’ve been in this business over 25 years, [and] I’ve never seen a spike like this across the country,” Dave Best, president and COO of Newman’s Own, told AdWeek. He said his company’s frozen pizza sales are up by 90 percent since the coronavirus crisis began. “This is unprecedented,” he added.

The Resurgent claims Americans are facing “the Great American Pizza Shortage,” noting that Walmart has doubled its price for a Red Baron pepperoni pizza.

Some pizza restaurants that offer frozen housemade pizzas have had trouble keeping up with demand. Party Bear Pizza and Tiny Chef, located in St. Louis, reported on Facebook last week that it had quickly sold out of its 10-inch pies—offered through a contactless-pickup window—for the week. Due to robust frozen-pizza sales in recent weeks, the owners had to limit each customer to buying no more than 10 pies. “We are making them as fast as we can find storage and find ingredients,” the company posted on March 29, adding that “they go fast.”

The Financial Times reports that Nestle, the world’s largest food company, saw its fastest quarterly growth in nearly five years thanks to a “high single-digit” rise in frozen food sales.

“If you want to be prepared for meals taken at home, switching to more frozen meals makes sense,” Nestle CEO Mark Schneider told the Financial Times. “That will now deepen alongside the crisis … There will be a recession [as a result of the coronavirus], and I think this whole notion of value and budget-conscious eating will be important,” Schneider added.

Ashley Lind, director of demand sciences at Conagra Brands—make of frozen pizza Celeste Pizza—agreed. “It’s not hard to imagine that many people are looking for easy, convenient solutions that are also crowd-pleasing family favorites,” she told AdAge. “Also, when living in uncertain times—as many of us are right now—we’re seeing a rise in consumers turning to much-loved comfort food. Frozen pizza checks a lot of these boxes for consumers.”