From Shanghai to San Francisco, the PMQ crew hits the road in search of moneymaking ideas and products. - PMQ Pizza Magazine 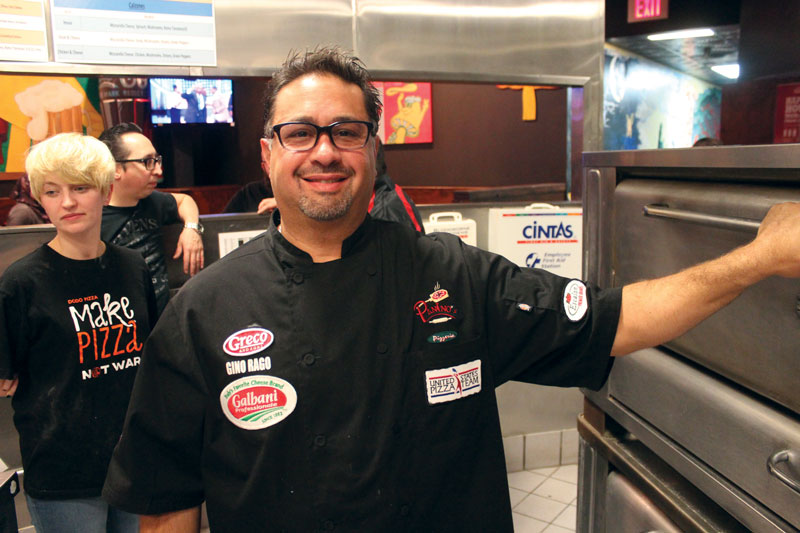 Accompanied by PMQ staffers, four members of the Groupon U.S. Pizza Team explored Shanghai and competed in the 10th annual Chinese Pizza Championship at this year’s FHC China, the largest food and beverage show in the country. Jane Mines, co-owner of Nima’s Pizza in Gassville, Arkansas, earned second place in the competition, while her husband, Rick Mines, tied for third place with two other team members, Dave Sommers of Mad Mushroom in West Lafayette, Indiana, and Michael LaMarca of Master Pizza in Cleveland.

PMQ editor-in-chief Rick Hynum spent an extended Thanksgiving holiday with friends in New Orleans. Rick mostly gorged himself on gumbo and jambalaya, his favorite nonpizza foods in the world. But he also dropped in for a few slices of the Spicy Arrabiata at Buca di Beppo, the family-friendly Italian-American chain owned by Planet Hollywood, and felt blessed to visit the Pope Room, featuring statues, busts and photos of popes throughout history.

How we produce, sell and eat food is changing quickly, as customers demonstrate a growing preference for snacking and single-serve products. The Specialty Food Association’s Winter Fancy Food Show, to be held January 17 to 19, will present a full slate of seminars delving into these changes. Members of the PMQ staff will be there, too, looking for the hottest, most innovative new products and moneymaking ideas on the market. One of the highlights of this year’s show: the Specialty Food Pitch Competition, in which first-time exhibitors will pitch a new product to a panel of buyers in a live competition before an audience of attendees. Meanwhile, multiple James Beard Journalism Award winner Corby Kummer will deliver a keynote lecture on sustainability.

The one-of-a-kind North America Pizza & Ice Cream Show (NAPICS) returns to Columbus on January 24 to 25. The event features the popular Pizza Pizzazz Best of the Midwest competition, as many of the country’s finest pizza makers square off for cash prizes totaling $15,000. Competing in two categories, first-place winners take home $6,000. The event has gotten so large that organizers had to cap the number of entries at 50 each for the Gourmet and Traditional categories.