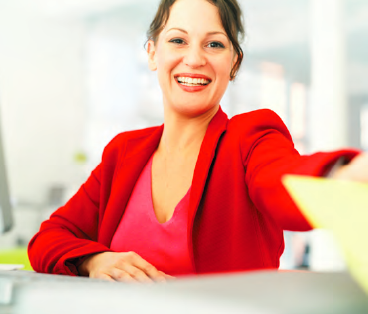 Enhanced small business expensing (Section 179 expensing): In order to help small businesses quickly recover the cost of certain capital expenses, small business taxpayers can elect to write off the cost of these expenses in the year of acquisition in lieu of recovering these costs over time through depreciation. Under pre-2010 Small Business Act law, taxpayers could expense up to $250,000 for qualifying property—generally, machinery, equipment and certain software used in the restaurant—placed in service in tax years beginning in 2010. This annual expensing limit was reduced (but not below zero) by the amount by which the cost of qualifying property placed in service in tax years beginning in 2010 exceeded $800,000 (the investment ceiling). Under the new law, for tax years beginning in 2010 and 2011, the $250,000 limit is increased to $500,000, and the investment ceiling to $2,000,000.

Extension of 50% bonus first-year depreciation: Businesses are allowed to deduct the cost of capital expenditures over time according to depreciation schedules. In previous legislation, Congress allowed businesses to more rapidly deduct capital expenditures of most new tangible personal property, and certain other new property, placed in service in 2008 or 2009 (2010 for certain property), by permitting the first-year write-off of 50% of the cost. The new law extends the first-year 50% write-off to apply to qualifying property placed in service in 2010 (2011 for certain property). Simply put, most restaurant equipment, such as coolers, freezers, POS systems, fryers, grills and the like, will qualify.

Three notable additions to the law (start-up expenses, cell phones and health insurance): If you’ve recently started a restaurant, or if you’re in the process of starting one now, the recently enacted 2010 Small Business Jobs Act doubles the amount of start-up expenses that someone starting a business in 2010 can write off this year.

Start-up expenses include, with a few exceptions, all expenses incurred to investigate the creation or acquisition of a business, to actually create the business, or to engage in a for-profit activity in anticipation of that activity becoming an active business. To be eligible for the election, an expense must also be one that would be deductible if it were incurred after the business actually began. An example of a start-up expense is the cost of analyzing the potential market for a new product or restaurant location.

For the last several years, just about everyone, it seems—even the IRS—has complained about the archaic rules governing the tax treatment of employer-provided cell phones. Since 1989 (shortly after the first cell phones were introduced), employers and employees have been required to keep a detailed log of business and personal use on employer-provided cellular telephones to substantiate costs that were allowable as business expenses.

No longer considered a luxury item, cell phones are now part of daily business practices. The new legislation removes cell phones and similar telecommunications equipment (including PDAs and Blackberry devices) from the “listed property” rules. This makes it easier for employers who provide cell phones to employees, as well as for employees who use their own cell phones. As with other business property, taxpayers must still be able to demonstrate the business use of the cell phone.

Generally, business owners can’t deduct the cost of health insurance for themselves and their family members for purposes of calculating self-employment tax. The new law allows business owners to deduct health insurance costs incurred in 2010 for themselves and their family members in calculating their 2010 self-employment tax.

According to a report by the Kaiser Family Foundation, employers paid an average health insurance premium of $13,770 for family coverage in 2010. The 15.3% self-employment tax on earnings used to pay this average premium would be $2,107.

Arguing that this was money that could be used to reinvest in and grow the business, small-business advocates have pushed for legislation that would allow the self-employed to deduct their health insurance premiums on their self-employment tax as well as their income tax. The new legislation does precisely that. For now, however, the change is limited to the 2010 tax year.