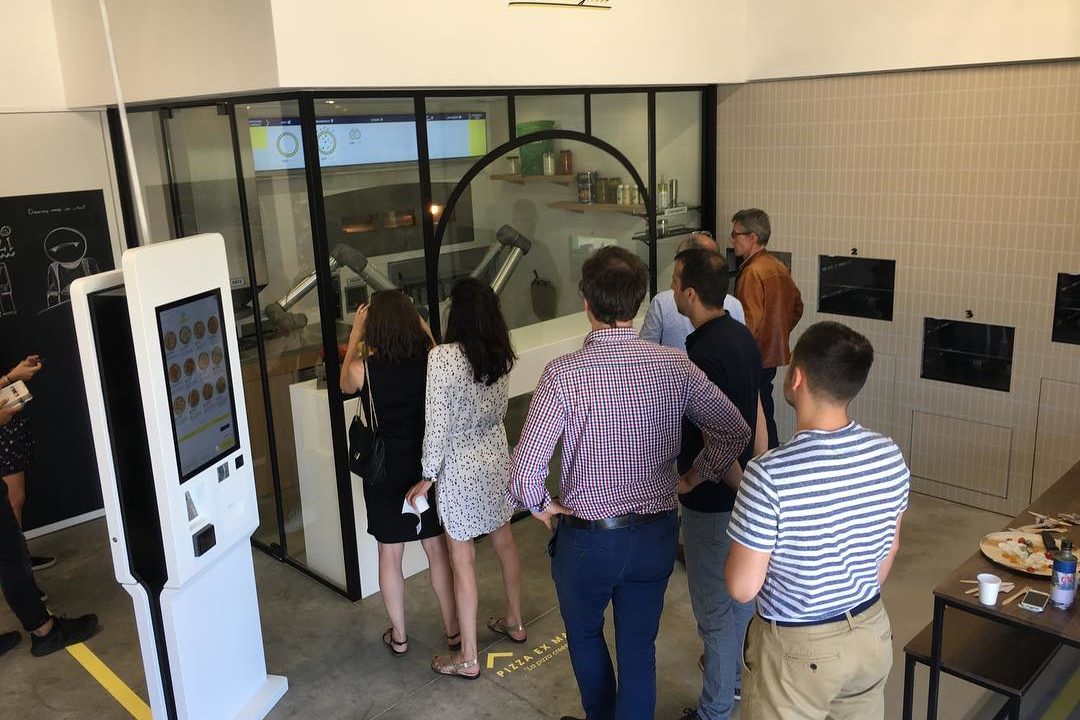 Customers wait in line at PAZZI storefront in Montevrain, France.

The investment is from Singaporean fund Qualgro along with French fund Eutopia and investors Partech and Daphni.

“The autonomous restaurant concept offered by PAZZI is meeting a growing demand from consumers across the world for fast, qualitative, and affordable food options,” said Heang Chhor, founder of Qualgro VC. “Its user-friendly digital tools and exciting robots add to the overall great consumer experience. We are convinced that this concept could be rapidly scaled and implemented in big cities across the USA, Europe, and Asia. We are very happy and proud to support the PAZZI team and their disruptive concept and technology in their international expansion.”

With this investment, PAZZI will focus on its research and development process as well as industry connections for manufacturing Pizzaiolo Robots.

The Paris-based company is now inviting consumers to try pizza created by its Pizzaiolo Robot starting June 24.  This will be in preparation for their goal of a fully automated restaurant. Their goal is to open in Paris by September at the Val d’Europe shopping center.

This company was founded by Sébastien Roverso and Cyrill Hamon, two French engineers. It now boasts a 15-member team with chef Thierry Graffagnino, a three-time world champion in pizza.

“Pazzi means ‘crazy’ in Italian,” said Philippe Goldman, CEO of PAZZI. “It’s in the image of our team and the crazy bet invested in research for six years, concretized in particular by five patents. The objective is now to conquer not only the global fast food market estimated at €900 billion by creating a European champion but also to fight junk food while meeting the structural challenges of the sector. PAZZI’s mission is to put technology and robotics at the service of taste and healthier food.”