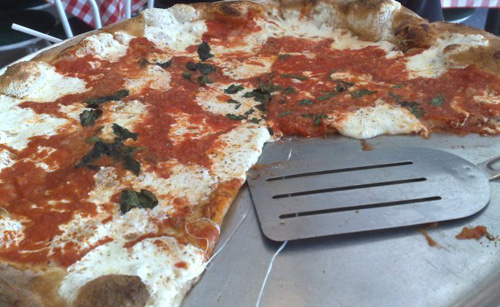 We know it's a buyer's market for real estate in the Portland, Oregon, area. Who knew pizza for life is a counter offer that would close the deal on a dream house coveted by the owner of DeNicola's Italian Restaurant in Southeast Portland.

KSL.com reports DeNicola's owner, Donna DeNicola, felt like she was in a poker game to acquire a home just put on the market by Rob and Holly Marsh. In three days, the Marsh family had four offers, but one stood out. DeNicola's bid was $26,000 over the asking price and to raise the stakes, she threw in what might be called the "pizza clause."  "Then I just kind of added, I'll throw in one pizza a month for life," DeNicola said. "I'm willing to do anything because I know this market is crazy." Realtor Nathaniel Bachelder with Urban Nest Realty backs up DeNicola's bold move, explaining Portland home inventory is at a historic low. He says potential buyers are waving inspection contingencies and making offers site unseen. In that climate, DeNicola adds, free pizza is a small price to pay. And the price in pizza currency? At $20 a pizza every month for the next 40 years, that adds up to 480 pizzas valued at almost $10,000.

Read more about the yummiest way ever to close a home deal.