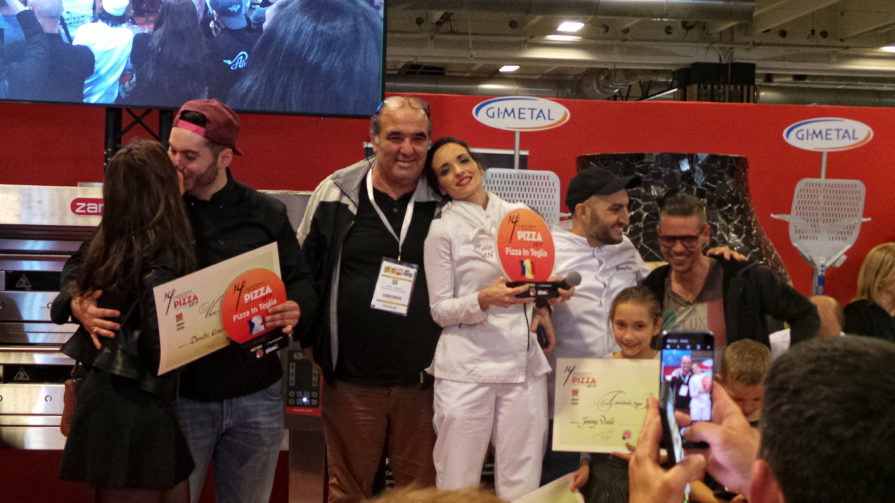 The grand finale of the Pizza Tour de France took place April 1-2at the Parizza food show in Paris. The competition marked an end to rounds of smaller competitions throughout provinces of France thatpitted more than 400 competitors against each other. 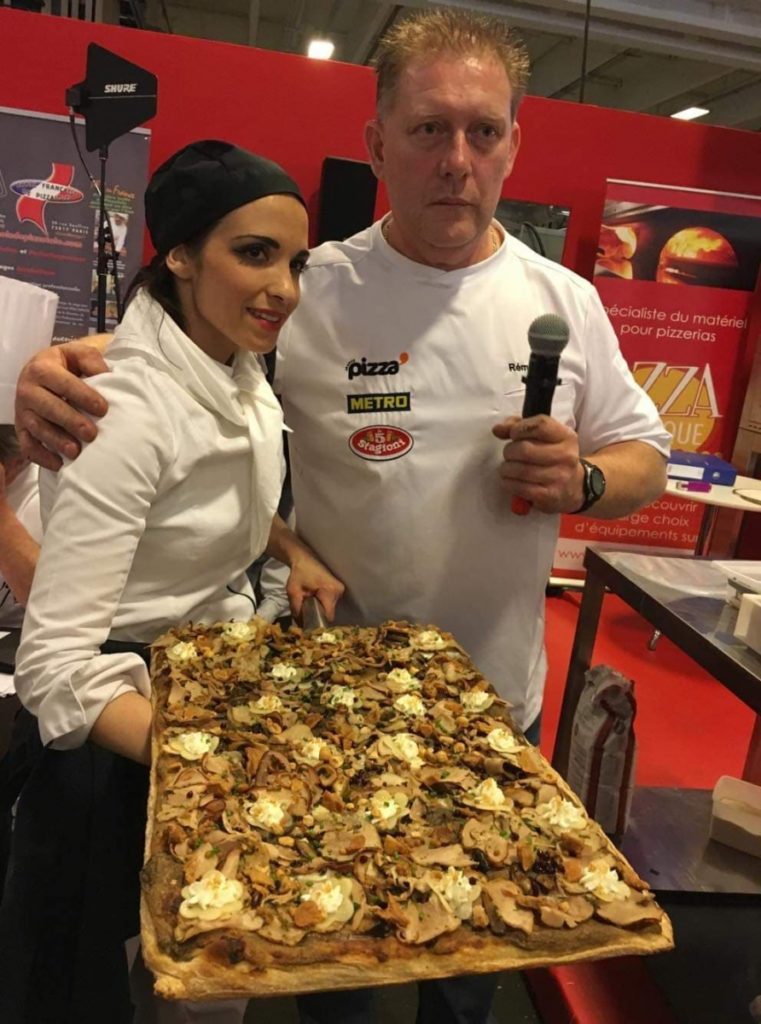 At 29 years old, Bruno Saimpaulbecame the 2019 France National Champion with his pizza, theBalade de Méditerranée (Mediterranean Walk in English).The winning pizza classica was based on the Mediterranean dish "brandade de morue" with candied tomatoes. Brandade is an emulsion made with salt cod and olive oil. Saimpaul says he added crisped potato slices to give it a crunch and hazelnuts fora praline flavor. “It is an honor. I did not expect this,” says Saimpaul. He works at Royal Pizza à La Bouilladisse near Marseille.

At 31, Caroline Mayabecame the first female champion to win the pan division in France. Maya comes from a lineof pizza makers in the Rhône Alpesregion. She works inLes Pizzas duPuitsVieux, the pizzeria that her grandparents started more than 30 years ago.

As Maya was called to the stage, she shed a tear and attributed her success to her father. “He taught me everything I know,” she said. Her father, Lionel Lombardi,became the French National champion in 2006 and has also won awards internationally. “To me, it’s a family story,” says Maya.

Galbani Pizza a Due

Frédéric Desmurs and Jeremy Vialetookfirst place in the Pizza a Due competition, which was sponsored by Galbani. The competition puts a pizza maker and chef together to bring pizza to the level of haute cuisine. 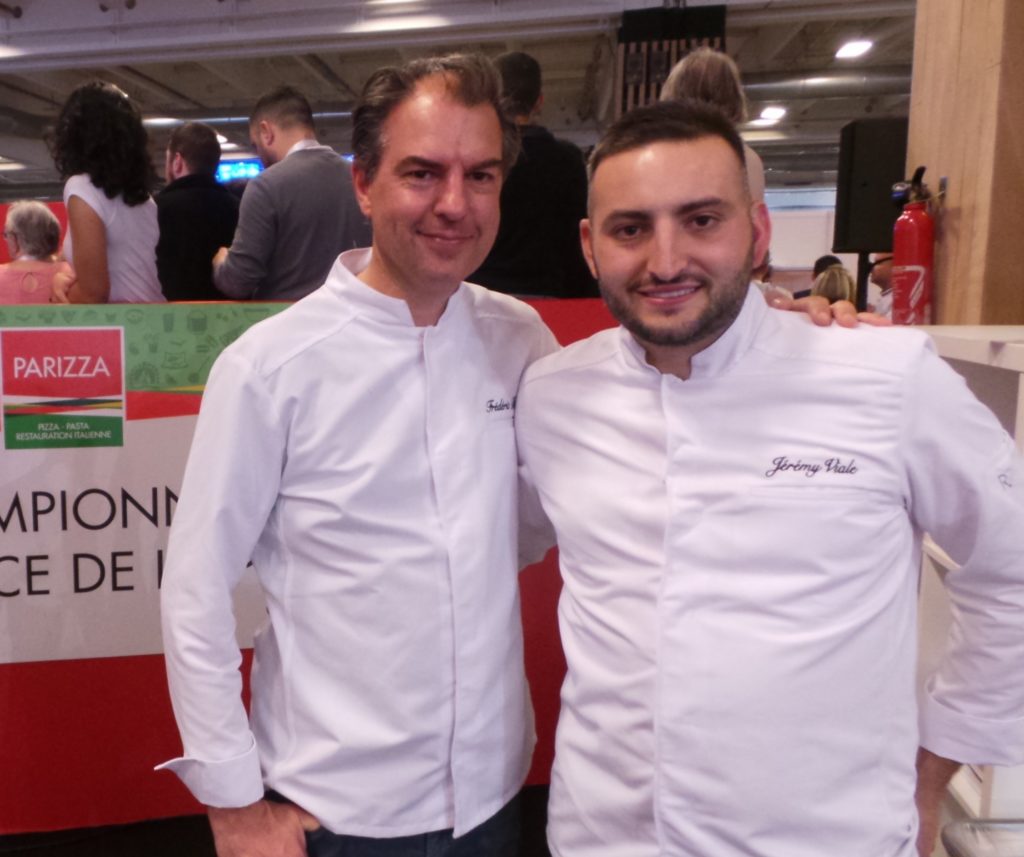 Chef Desmurs worked for 18 years at the the 3-Michelin-starred restaurant Chez George Blanc. For personal reasons, he left his post as Executive Chef and opened two French restaurants in Lyon.Viale is the owner ofFamiglia in Meximieux, near Lyon. He created the base for the winning pizza and he also owns two restaurants.

Together they are currentlyworking on setting up their own pizzeria, which will servegourmet pizzas exclusively.“This competition has really helped us to launch our idea,” says Desmurs.The new restaurant will be called Des Pizzas Gourmandes (Gourmet Pizzas) and will useonlyingredients from Italy.

“It was clear that the pizza maker and chef really worked together to bring their craft into harmony with each other,” says Simone Zanoni, head judge of the Pizza a Due competition.

The winning pizza was topped with organic sweet potatoes, spinach, pickled red onion, stracciatella, burrata, culatello, and red shrimpfished at a depth of 300 meters. Served on the side was fishbisque flambéed with pastis and finished off with butter.

Parizza is hosted by Reed Exhibitions and France Pizza Magazine. It happened concurrently with the annual Sandwich & Snack and Japan Food show.