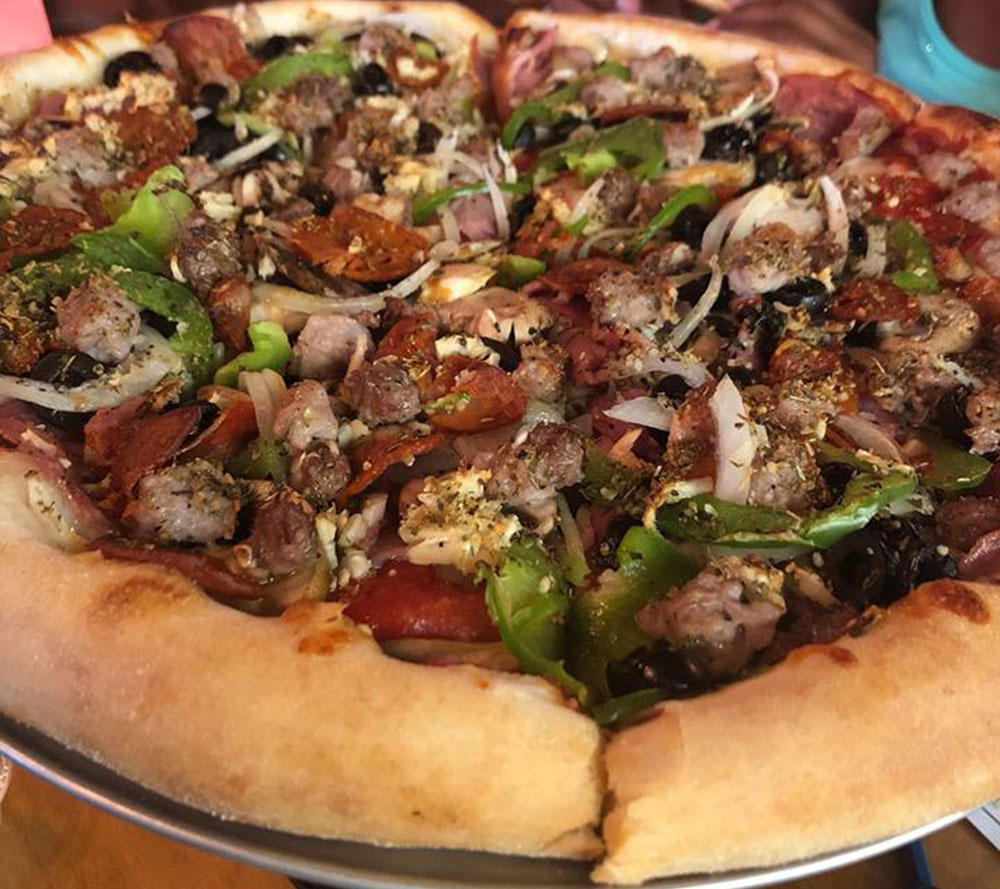 Pregnancy cravings are a fierce thing, but imagine eating something so mighty it induces labor.  Skipolini’s on the West Coast boasts its four-pound Prego Pizza could usher your newborn into the world.

The California-based pizzeria’s legend goes: “In the spring of 1981, a woman desperate to give birth after a trying pregnancy, wandered into Skipolini’s Pizza in downtown Clayton (California). Jokingly, the woman demanded the manager give her a pizza that would make her have a baby soon. Seeing her desperation, the manager concocted a pizza with just about every known topping in the restaurant.”

That pizza had 13 toppings, including six types of meat with extra onions and garlic. And a legend was born that night.

According to its website, doctors and OBGYNs everywhere allegedly recommend its pizza in giving “a happy ending to a long nine months” for pregnant mothers. The media certainly recognized the pizza in the past 38 years, from Dr. Don Rose, a radio personality on KFRC, to publications such as Gourmet magazine, and news stations like CNN.

The restaurant lists nearly 90 success stories shared by satisfied mothers. One mother wrote that she ate the Prego Pizza as a joke four weeks before the due date, and her baby arrived early next morning. She concluded: "…had I took the legend to heart I definatly [sic] would have waited and let her cook a little longer!"

Skipolini's is not alone. The Buffalo Wing Pizza at Hawthorne's New York Pizza & Bar has been called "The Inducer" by three women who all swear by its powers.