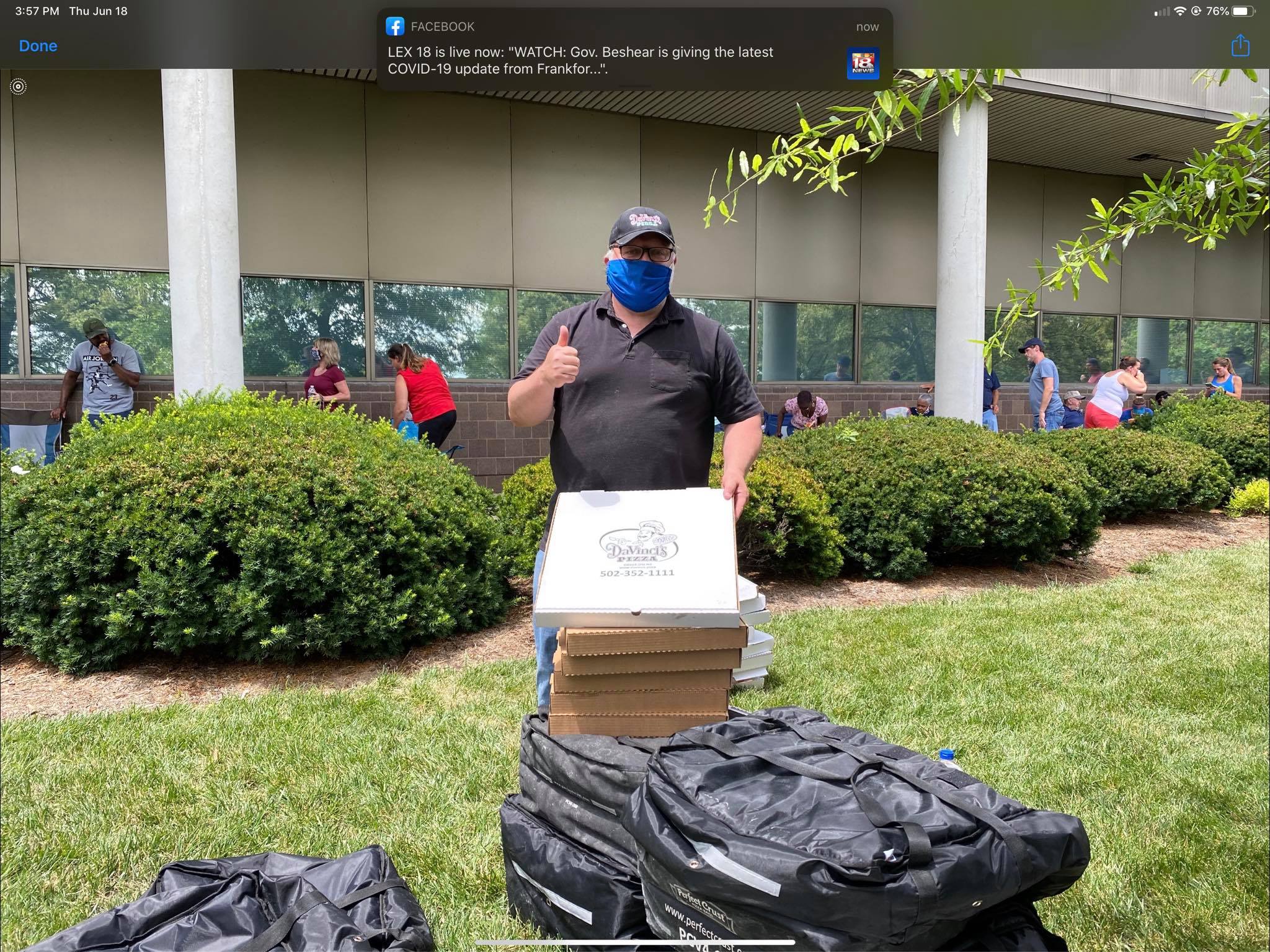 DaVinci's Pizza was on the scene to feed folks waiting in long lines to apply for unemployment in Frankfort, Kentucky.

Waiting in the unemployment line is never fun—and it’s downright miserable on a summer’s day during a pandemic. Fortunately, pizzerias in Frankfort, Kentucky, have been coming to the rescue of out-of-work folks who can’t give up their place in line to get food.

As the State Journal reports, local independents Buddy’s Pizza and DaVinci’s Pizza and franchisees of Pizza Inn and Domino’s have been bringing free food to people stuck in line at the local Cabinet for Human Resources (CHR). The State Journal named the pizza shops—and the donors who make the pizza giveaways possible—its Traditional Bank Unsung Heroes for the week of July 6.

Mark Mehrizi, co-owner of the Pizza Inn franchise, said he first heard about the problem from one of his servers on June 18 and decided to send over pizza and water. “We went to Kroger, and they discounted the water,” he told the State Journal. “We made 60 pizzas, and when we got there, two other pizza places in town were there—Domino’s and DaVinci’s. All three of us were there at the same time.”

Mehrizi’s team went back to the CHR with more pies the next day. They’ve also provided food for local nonprofits and frontline workers under the auspices of Pizza Inn’s new Feed Essential Employees program. Anyone can donate $5 or $10 when they order online, and the funds go to feeding various people around the city.

DaVinci’s co-owner Craig Blanton said they were also hearing from donors, including a member of Congress, who wanted to feed people at CHR. One anonymous donor kicked in enough money for 33 pizzas.

Meanwhile, several local labor organizations—Working Strategies 2, AFSCME Local 962 and Ironworkers District Council of Southern Ohio and Vicinity—paid for a total of 50 pizzas from DaVinci’s and Buddy’s.

Individuals have shown generosity for the cause as well. “We had a customer come through our drive-thru,” Mehrizi told the State Journal. “I told her, ‘I don’t have an order for you,’ and she said, ‘I know. I want to donate so you can feed more people.’”

“This is a small city,” he added, “and Frankfort always takes care of each other.”