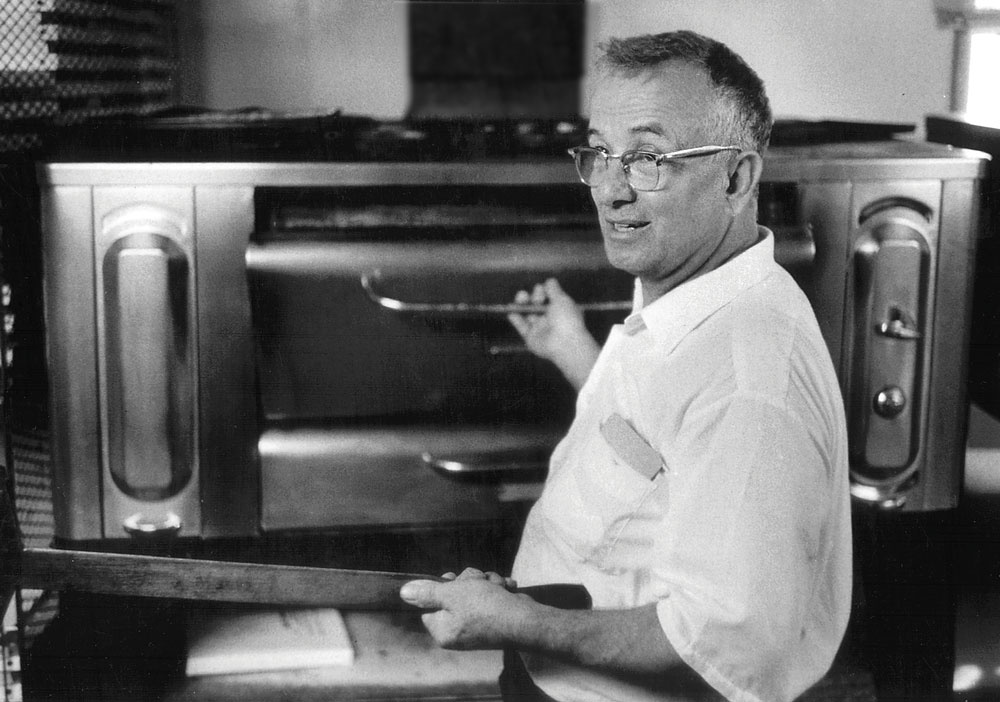 After husband and wife Joe and Sebastiana Patane had immigrated from Sicily as young adults, Joe made a living as a carpenter, eventually starting his own fixture company in the basement of a building in Omaha, Nebraska. But on June 8, 1953, the Patanes traded hammers and nails for pizza dough and opened the building to the public as La Casa Pizzaria (lacasapizzaria.net). It was an immediate success, as the Patanes sold out of food halfway through the first shift. “He saw how popular pizza was on the East Coast and decided we needed a pizza restaurant in Omaha,” says Nicole Jesse, Joe’s granddaughter and La Casa’s current co-owner and general manager. “One bakery sold pizza, but we were the first dedicated pizzeria. My grandparents experimented with their recipes from back home in Sicily and introduced the flaky, thin-crust style we still offer today.”

The pizzeria has remained in the family through multiple generations, first among Joe’s three daughters and now through their children. Jesse and her brother Joel Hahn, with help from their other two siblings, oversee the original location, while cousin Anthony Vacanti runs a smaller second location that Joe started in 1965, La Casa West (lacasa-west.com). Hahn had attended college for communications and marketing, while Jesse received an MBA—and when their mom wanted to retire from the business in the ‘80s, the two siblings were ready to bring their business know-how to a beloved brand.

“We maintained the focus on quality of food and consistency, but some things needed to change,” says Jesse, who established systematized training, compensation packages, tuition assistance and health insurance to attract and retain top employees while Hahn handled marketing and promotions. They brought in a POS system for better tracking and trimmed the menu to focus on best sellers while adding new items to attract a younger crowd. Decades later, the pair continues to brainstorm; last year, they added a food truck, for which Joel’s son Brandon helps with social media. “People were always asking us to open a third location, but looking at the numbers, we weren’t sure,” Jesse says. “We were pleasantly surprised, because the truck performed better than expected, and it brought a lot of people to our restaurant that had never tried us before, so it was a great marketing tool.”

The pizzeria also stays relevant though Facebook and Twitter while attracting a younger crowd with fun events, including beer pairing dinners. Next, the owners are looking into packaging key products for grocery stores and expanding their nationwide shipping menu. “It’s important to pinpoint what you want to do, then do it well, but we’re always looking at what we can do differently to improve,” Jesse says. “Our grandfather always told us, ‘If you’re not moving forward, eventually you’ll start moving backward.’”