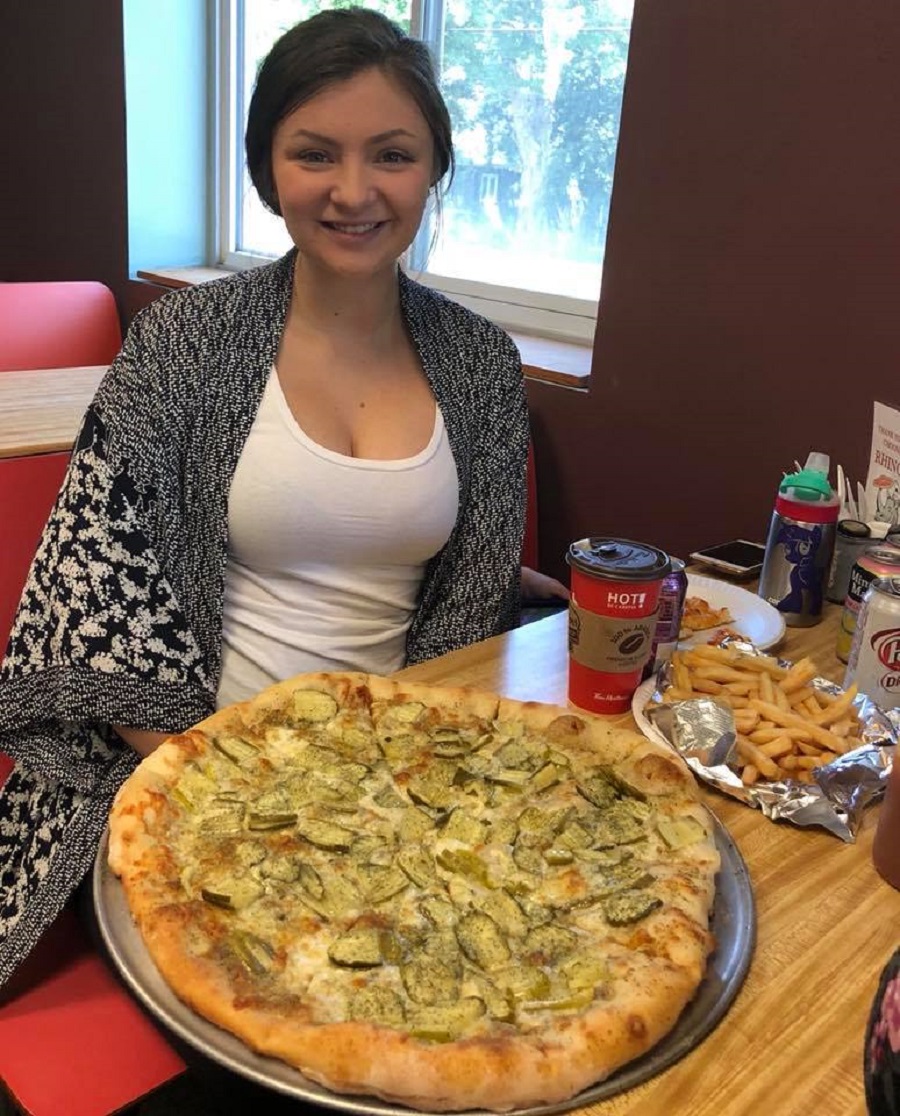 Move over, pineapple. The salty pickle is the new controversial pizza topping in town.

Rhino’s Pizzeria, with locations in Webster and Rochester, New York, was the first eatery to pile a pie almost entirely with pickles, and pizza lovers were tickled. Now Parrino’s Pizza in Sydney, Australia, has gotten in on the act with a menu item (pictured below) inspired by the Adult Swim TV show, Mr. Pickles.

According to The Brag (which seems to have confused Mr. Pickles with another animated comedy, Rick and Morty), Parrino’s recently introduced its Mr. Pickle pizza, made with a garlic sauce base, sliced pickles, sun-dried tomatoes and Spanish onions. The Rhino's pie, on the other hand, is nothing but garlic sauce and pickles aplenty.

Rhino’s unveiled its Big Dill Pizza, dreamed up by an employee in honor of her pickle-loving daughter, late this summer and won coverage from the Rochester Democrat & Chronicle and numerous foodie websites. Their initial post introducing the Big Dill netted more than 81,000 shares, 29,000 comments and 11,000 reactions. All totaled, the Democrat & Chronicle estimated the pickle pizza post had made it into more than 6 million news feeds within days of the initial Facebook post.

Rhino’s sells about 30 Big Dill pizzas a day, according to the Food Network. But it should be pointed out that recipes for cheeseburger pizzas often call for pickle slices, and PMQ's own Brian Hernandez shared his recipe for The Reuben, featuring pickle slices, in our very own Pizza Kitchen way back in 2013 – and staffers' reaction was anything but sour.

Related: The Pizza Bowl Is the True Breakfast of Champions