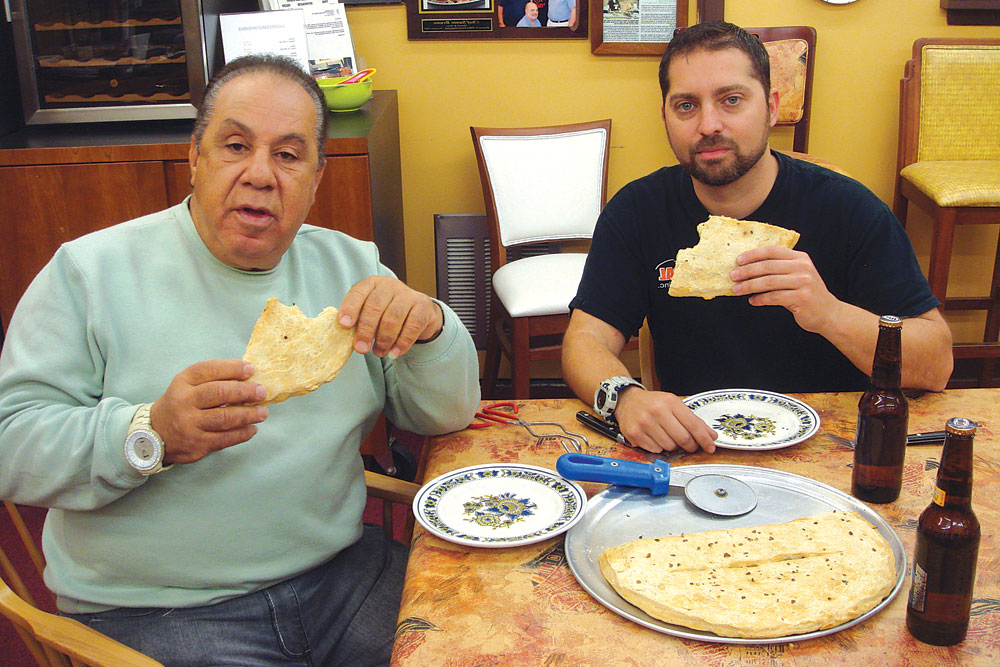 Hello, my readers! I thought I’d talk to you this month about focaccia bread. As you probably know, every restaurant makes focaccia bread differently. And people have been making some version of focaccia bread since ancient times. In modern times, most people cover a thick crust with pizza sauce and add cheese, such as Romano, along with some oregano and olive oil. They bake it in the oven until it is cooked, then cut it into small slices and serve. People think this is the real deal. But they’re wrong.

With this month’s recipe, I’m going to reveal to you how we make focaccia bread in the Old Country—that’s right, you got it: Italy! We sometimes add other spices and herbs before we cook the bread, and we may even top it with Kalamata olives, sun-dried tomatoes and roasted garlic. Now doesn’t that sound delicious? Of course, there are many ways to make authentic focaccia bread, but, for starters, I’ll share with you a more traditional and basic recipe. Enjoy, my friends!

Mix the yeast with sugar and 8 tbsp. of water. Ferment in a warm place for 15 minutes. Mix the flour, salt and 1 tbsp. of oil. Now add the yeast mixture and remaining water. Knead the dough until it’s smooth (approximately 4 minutes). Divide the dough into two equal portions, forming ½”-thick circles. Now put one circle on a cookie sheet and scatter the cheese, olives and some fennel seeds evenly.

Place the second circle on top and squeeze the edges together to seal it closed and to prevent leaking while cooking. Use a sharp knife to make a few slits on top and brush with remaining olive oil. Sprinkle the remaining cheese and fennel seeds on top. Let rise for 20 to 30 minutes.

Bake in a preheated oven at 400° for 30 minutes or until golden brown. Serve immediately.

Chef Bruno is PMQ’s culinary advisor, with more than 40 years of international pizza experience.  He is the corporate chef for Marsal & Sons and the culinary coach of the U.S. Pizza Team.