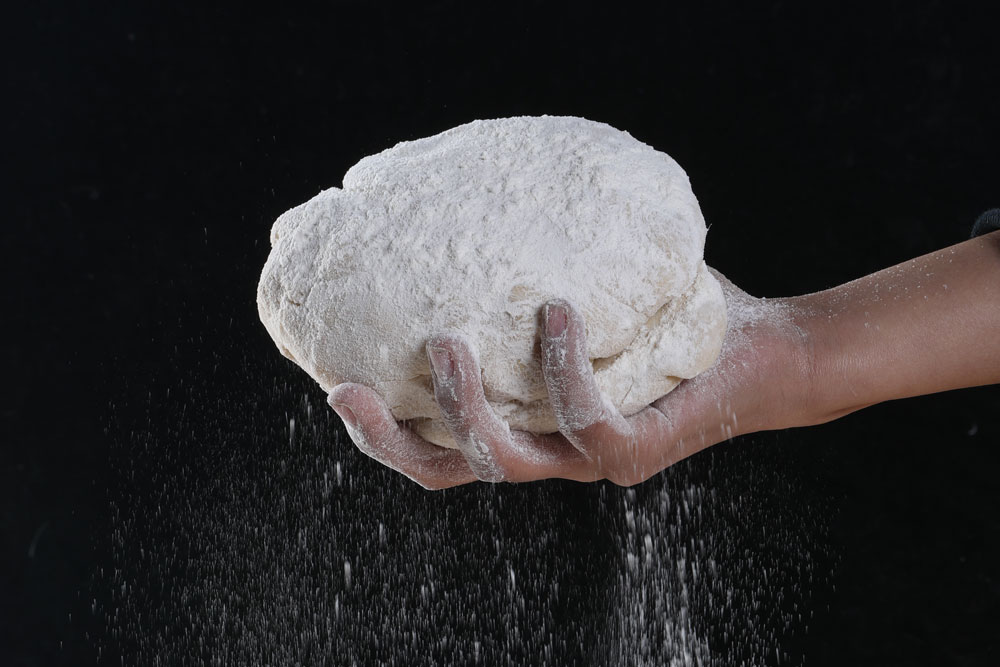 Related: Learn Chicago-style pizza from the masters at the National Pizza & Pasta Show

It’s tempting to shout hard-and-fast rules when it comes to making certain styles of pizza—use only 00 for Neapolitan, choose high-protein for New York pies—but dough making is a bit more complex than that. A certain flour won’t automatically produce the exact characteristics of the pizza you’re looking to create, but rather it’s the type of flour chosen throughout history that helped create the style of the pie famous in its region, from New York to Chicago to Naples, Italy. Here, our dough experts explain.

When asked about how flour impacts pizza, John Arena, co-owner of Las Vegas-based Metro Pizza, responds, “What came first, the chicken or the egg? It’s a question of the pizza’s origins and what was available in that area. In New York, pizza makers used All Trumps, milled in Buffalo, while Ceresota was used in Chicago. Only in recent history have flours been universally available. So pizza makers didn’t set out to make a certain type, but instead the flour they used contributed to the characteristics of the region’s pizza.”

“It’s a question of the pizza’s origins and what was available in that area. Pizza makers didn’t set out to make a certain type, but instead the flour they used contributed to the characteristics of the region’s pizza.”
— John Arena, Metro Pizza

Stefano Velia, a retired pizza chef of 30 years now traveling and writing about the intricacies of pizza making on his blog, Pala Pizza, notes that flour type can make a world of difference in pizza making, affecting the taste, texture and structure of the dough. But it’s not the only factor. “Not only do you have to choose the correct flour for specific pizza styles, but you also have to account for your equipment,” Velia explains. “For example, tipo 00 flour is best cooked with incredibly high heat for short periods of time (about two minutes), which is why Neapolitan is typically associated with wood-fired ovens. All-purpose (AP) and bread flours require a longer cook.” 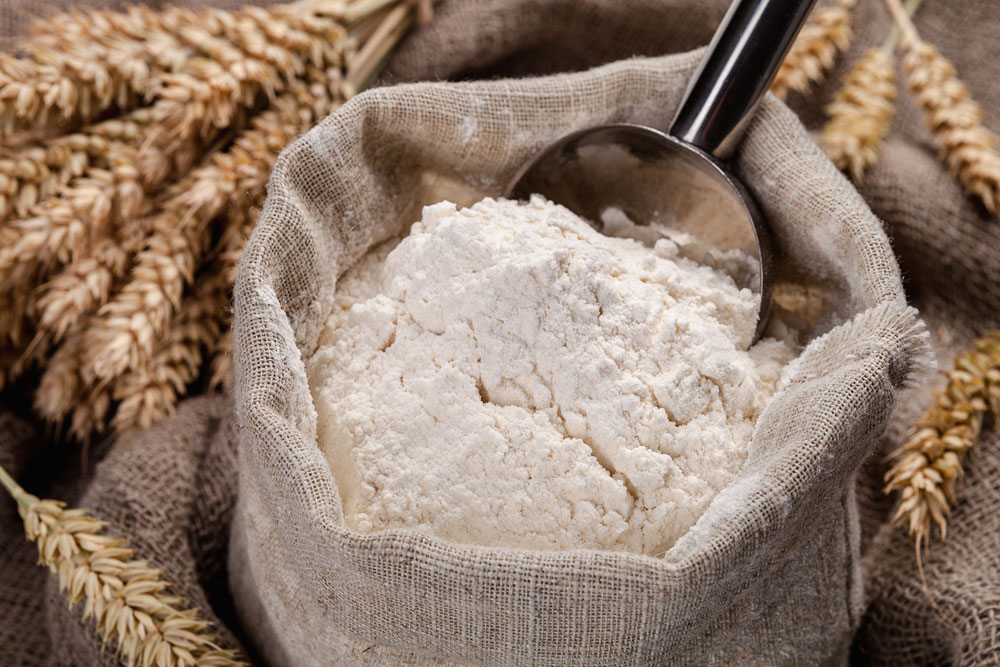 Additionally, because flours are available to ship worldwide and globalization makes crossing cultural lines easy, there are also plenty of hybrid styles popping up around the country, mixing and matching desired characteristics. Vincent Huynh, chef and owner at Agricole Hospitality, points to the New York-style slice sold at his company’s Houston pizzeria, Vinny’s, while its Italian concept, Coltivare, serves up something like a Neapolitan-meets-West-Coast style. Both are crafted with King Arthur, at a 13% protein content. But despite using an American flour, the approach replicates the one used in Naples hundreds of years ago. In other words: Work locally, because fresh is best.

“The freshest flour we can get is from here in the USA, versus getting a flour that comes from halfway around the world and sits on a dock for weeks,” Huynh says. “Working with U.S. flour offers better absorption potential; it’s less oxidized, with more flavor, and not so compacted. When it comes to dough, the protein content influences the hydration and gluten development—but you also have to consider how that reacts and rises, and then how it acts in the oven.”

As Huynh alludes to, it’s important to know the proper dough management and cooking procedures for the flour type used. Leo Spizzirri, owner of Spizzirri Media Group and corporate chef at Gia Mia in Chicago, notes that New York-style pizza is often crafted with flour that has a 14% protein content, which works best with a 48- to 72-hour fermentation time. “Some say 72 hours is just scratching the surface—some do 96 hours,” he reports. “John Arena is doing six or seven days on New York doughs. But with that, how much cooler space do you need? I’m starting to see a trend where owners are asking, ‘How do we make this quicker and more manageable?’”

Related: Is this city the pizza capital of the U.S.?

On the other hand, Spizzirri notes, a Chicago-style pizza—thin, stuffed or deep-dish—would suffer from a 14% protein content flour, since it would develop too much gluten, emerging too dense, chewy and heavy for a product that’s typically lighter and crispier. “The highest protein the original Chicago pizza makers would use was 11.5% to 12%, and all-purpose (AP) flour was great because they could use it for things other than pizza,” Spizzirri says. “Also, Chicago dough is undermixed, rises three to five hours, and passes through a sheeter machine. It’s like making a biscuit.”

“Bread flour requires more water than 00 and AP flours, so you’ll notice that a 65% hydration recipe with bread flour is a bit less workable than one made with 00.”
— Vincent Huynh, Agricole Hospitality

Velia adds that AP flour can be used for Detroit-style pan pizzas as well as Chicago deep-dish. “I feel bread flour at high hydration results in a better crust for this—though my professional experience was with New York-style and Neapolitan, not Chicago-style, so other experts may disagree with my opinion!” he says. “Whether you use AP flour or bread flour for a Detroit pan pizza, using a high-hydration dough is important.”

Meanwhile, Velia believes that bread flour, with its high protein percentage, provides the backbone to an excellent New York-style pie. “The more complex structure (due to grind size and types of wheat used) results in a dough that can hold the weight of cheese when picked up,” he explains. “Bread flour requires more water than 00 and AP flours, so you will notice that a 65% hydration recipe with bread flour is a bit less workable than one made with 00.” 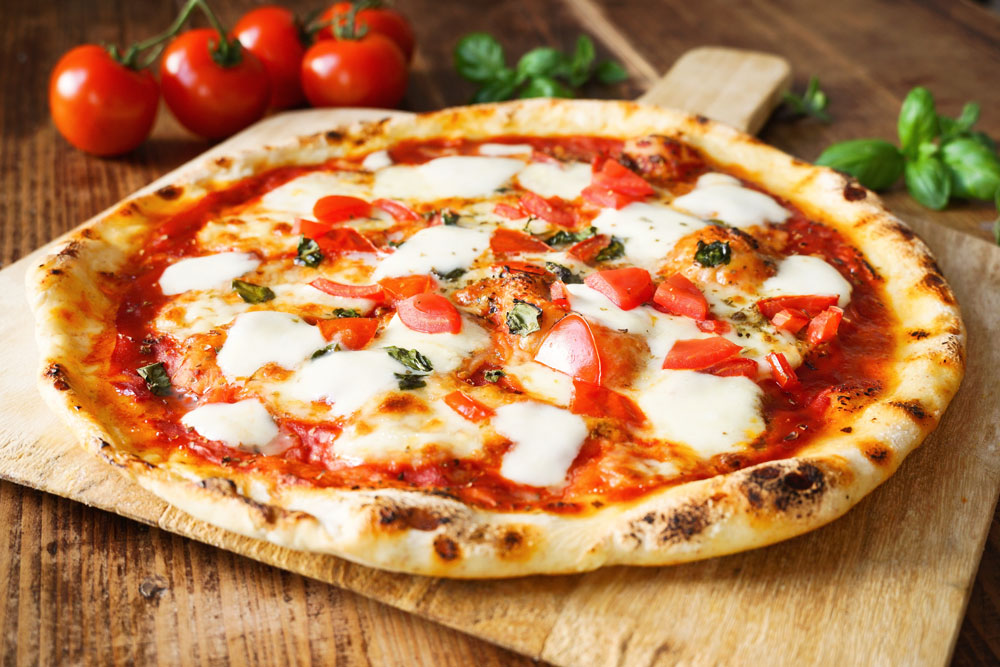 In times before refrigeration, dough management was even more important. Spizzirri explains that hundreds of years ago, Italian pizzaioli would mix dough in the morning because it was the coolest time of day, then let it rest on a marble slab with a damp bed sheet to keep cool. Or, on colder days, dough might sit by a sunny window. On a colder day, they might add more water to make the dough more extensible; on a hot day, less water for a stiffer result. The flour was less important than the dough management—and, in fact, modern 00 didn’t even exist hundreds of years ago. 00 is finely milled for a flour with a consistency reminiscent of talcum powder, and that level of fineness was possible only with modern machinery to grind the grain.

Nowadays, though, Velia believes that tipo 00 flour is “the shining star of Neapolitan pizza,” typically containing about 12% protein; but, more importantly, its incredibly fine milling sets it apart from other flours. “This flour is very workable, and you’ll notice it seems runnier when compared to bread flour recipes using the same hydration percentage, because of the fineness of the milling,” Velia explains. “True Neapolitan pizza has a very thin layer of crispy exterior and an incredibly light, airy and slightly chewy inside. Neapolitan is also one of the more difficult pies for customers to replicate at home, due to the requirement of an 800º to 900º oven.”

But 00 is only one type of Italian flour—there’s also 0, 1 and 2, according to Spizzirri (like with 00, the numbers refer to the fineness of milling). “With its 12-month shelf life, 00 was embraced, and Italian governments figured out that it’s special and protected the term—so only Italian flours can be called 00,” Spizzirri says. “But type 1 has been around forever, and because it has the bran and germ, the shelf life goes up from 12 to 16 months. 0 was also used forever, until technology created 00, but in the last five years I see a return to type 0. Pre-pandemic, I was even involved in a project where they experimented with 000—it’s not commercialized yet, but I think we’ll see this even finer designation at some time in the future!”