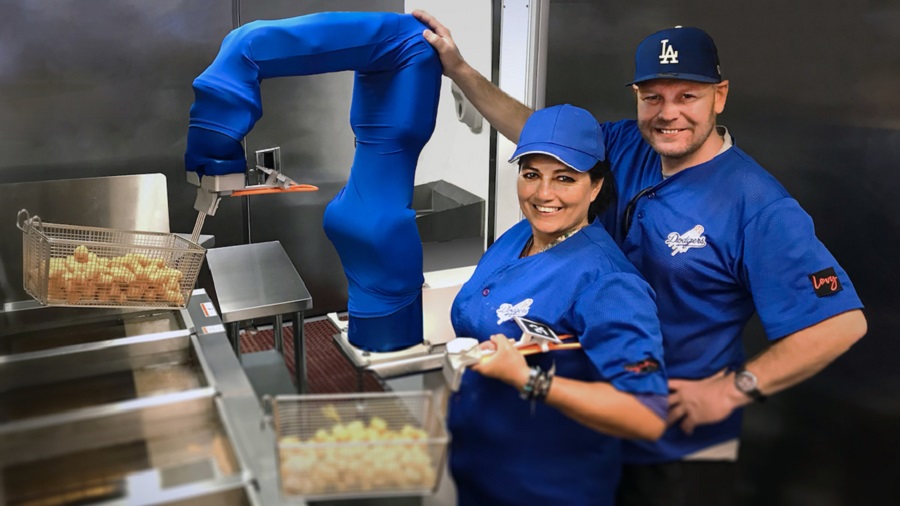 Flippy the robot has a bright future in the fast-food business, but it’s unclear how its human co-workers in the foodservice industry will fare, as the latest demos from Miso Robotics have demonstrated in Los Angeles.

Flippy, described as an “autonomous robotic kitchen assistant,” turned up earlier this year at a CaliBurger location in Pasadena, where it flipped burgers, placed them gently on buns and, presumably, always showed up for work on time and never quarreled with colleagues. More recently, the robot took a side gig as a frying assistant in a food stand at Dodger Stadium, according to Nation’s Restaurant News (NRN). Here, Flippy wowed baseball fans as it loomed over hot fryers and shook the grease out of baskets of fries and chicken tenders.

Dave Zito, CEO of Miso Robotics, told NRN the Dodger Stadium job has been a “stress test” for Flippy, which started working there on July 30 and has continued to work every home game. 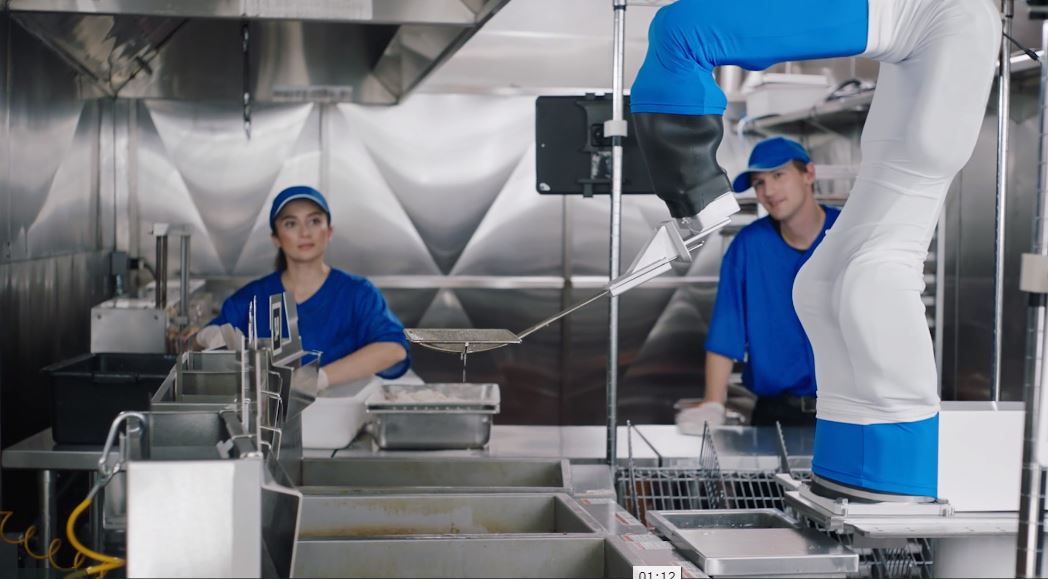 In fact, a pair of videos on Miso Robotics’ website (below) suggests that millennial workers are delighted to share their workspace with a fry-cook master that could ultimately lead to fully automated kitchens—and fewer entry-level jobs for humans. The videos depict Flippy in action, deftly managing fry stations and burger grills and even scrubbing a grill clean with a special attachment on its mechanical arm, while other employees smile and gaze admiringly at its skills.

The Wall Street Journal reported in June that CaliBurger plans to install Flippy robots in up to 10 of its 50 stores by the end of 2018. The article suggests robots could solve a vexing problem for restaurant owners who can't find good help these days, without hurting humans' prospects for employment. The hospitality industry nationwide faces a labor shortage, with a record-high 844,000 unfilled positions in April of this year. The WSJ adds that overall employment at quick-service restaurants has risen to 18.4 workers per establishment, compared to 17.4 workers before the recession that started in late 2007.

Related: Uber CEO says robots will deliver food in self-driving cars in the near future

"Automation improves consistency, shaves time off tasks, and may help ease the incessant turnover that crimps productivity and staffing across the industry," the WSJ reports.

Zume Pizza, headquartered in Mountain View, California, has been incorporating robotics into its pizza-making operation for several years now. Julia Collins, Zume's cofounder, assured PMQ in 2017 that her company isn't looking to put humans out of work. "Because [we're] at the leading edge of this trend, we've decided to set the right standards and values for how to create better jobs through automation, not for how to eliminate jobs through automation," Collins told PMQ.

However, a 2015 study by Oxford University researchers estimated that 47% of jobs in the U.S. are at risk; in the U.S. and that the service industry is "highly susceptible" to a robot takeover, despite ongoing job growth in the sector.