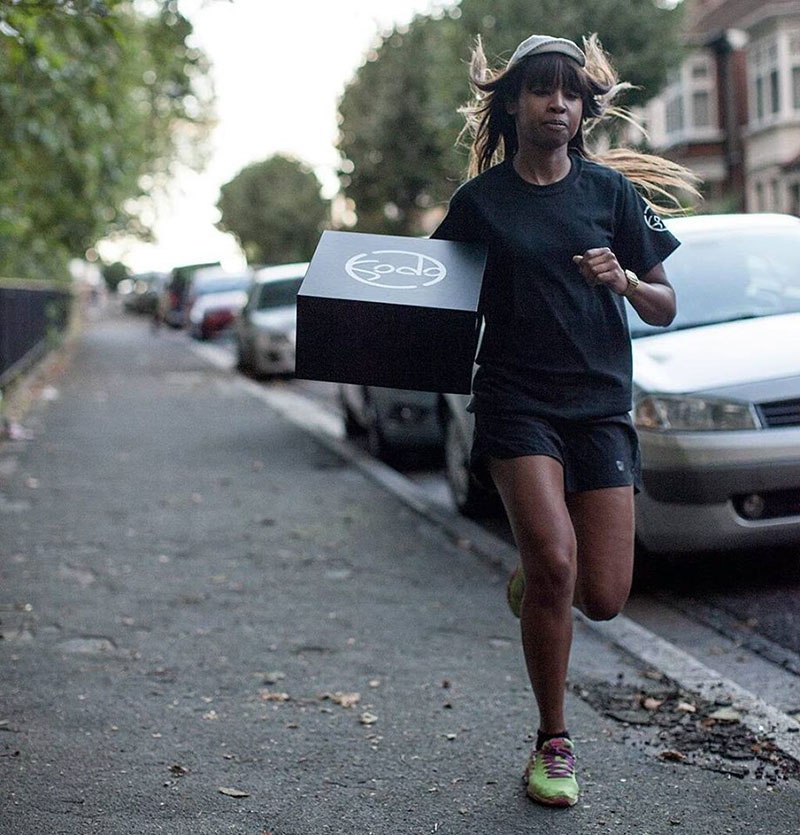 Temporary delivery personnel for Sodo, a U.K. pizzeria specializing in sourdough pies, hit the ground running last week in a one-day promotion that drew international attention. With three locations around London, Sodo is a green-conscious pizzeria that doesn’t usually offer delivery because that requires using cars. But the company changed its policy temporarily, dispatching fleet-footed members of a local running club to carry pies to hungry customers around the city.

The stunt, which raised funds for a local running charity called Run Dem Crew, tied in social media by using Periscope, an increasingly popular live-streaming app, to track the runners’ progress in real time. Customers were able to send messages to the delivery runners, offer encouragement and even recommend shortcuts.

AdWeek.com singled out the promo, which was accompanied by a one-minute video, as its Ad of the Day. In fact, the promo was so successful—and garnered so much free publicity—that Sodo sold out of pizzas in three hours, according to media reports. Now the company plans to make it a monthly event. Watch the video below to learn more!