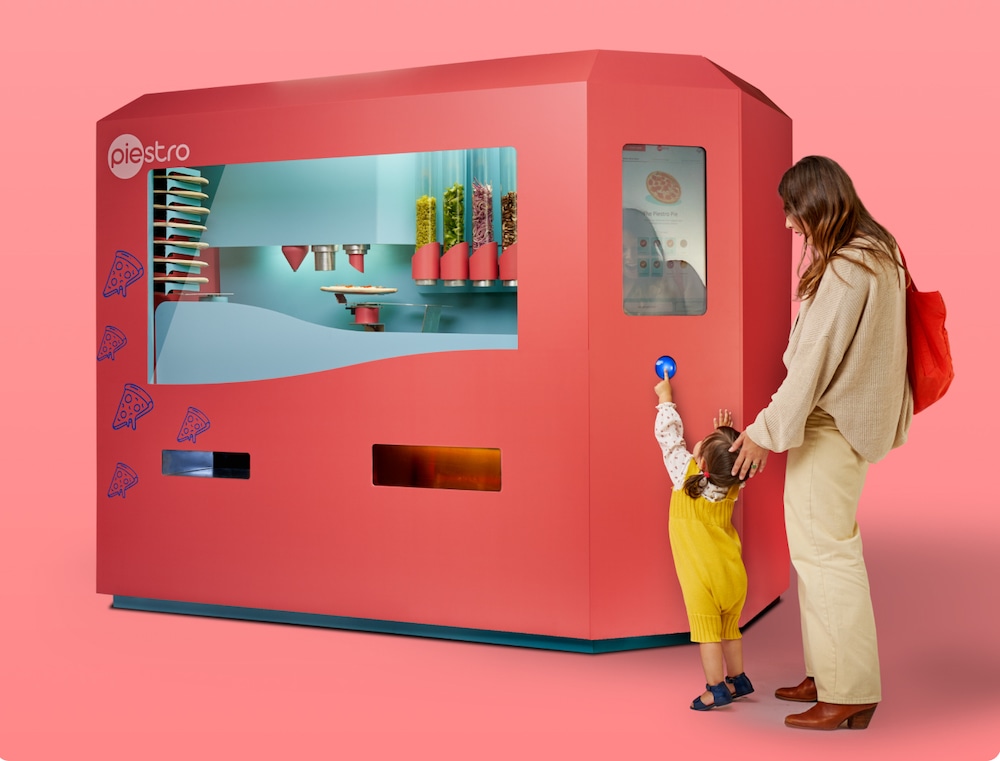 A flashy new pizza vending machine gives you more than just a hot, fresh-baked pie—it puts on a pizza-making show while you wait.

Thanks to a transparent window at the front of the Piestro, customers can watch the pizza being assembled, complete with moving robotic arms, colorful dispensers that pour sauce and ingredients onto the pie, and spinning disks that move the pizza from one stage to the next.

Still a prototype, the Piestro was developed at a business incubator called Wavemaker Labs but is in need of investors. The company behind it launched an equity crowdfunding campaign on StartEngine recently and has raised $100,000 in just a few days. 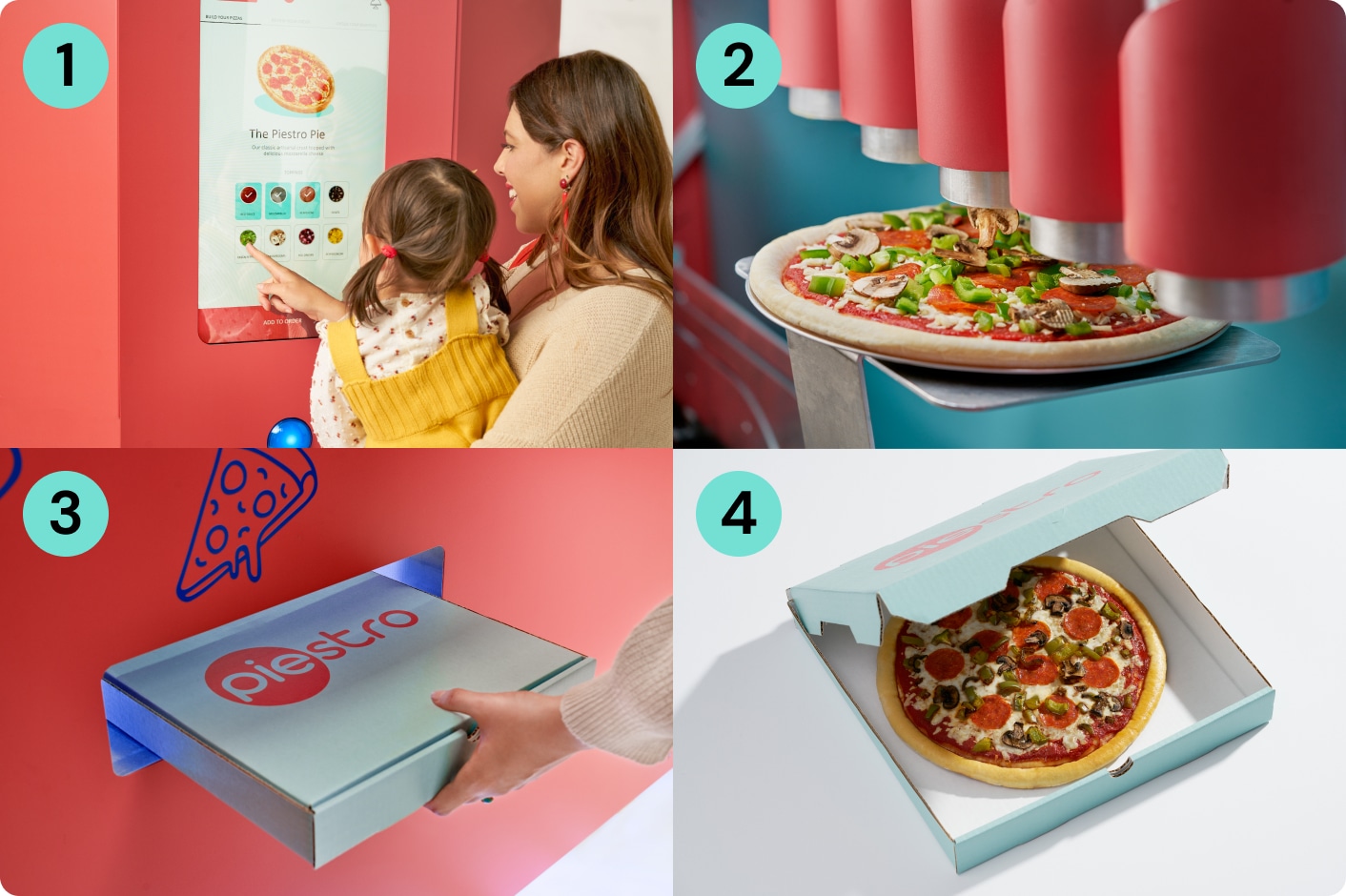 Although pizza vending machines have been around for years, they still haven’t caught on in a big way, particularly in the United States. However, the ongoing coronavirus pandemic could make them more appealing to consumers who want a zero-contact food experience.

“A Piestro unit is roughly the size of two vending machines and is fully autonomous, requiring no employees to operate, as opposed to the average pizza restaurant’s 10+ employees,” the StartEngine fundraising campaign states. “While the time to launch a traditional restaurant is about 9-12 months, with Piestro, we believe, based on our initial prototype, that an existing pizza chain can have our pod up and running within two weeks at a cost of only $50,000, which is about 1/6 of the median total restaurant startup cost.”

Related: Will vending machines change the way we sell pizza, or are they just another marketing tool?

Piestro – The Pizza Robot from Wavemaker Labs on Vimeo.