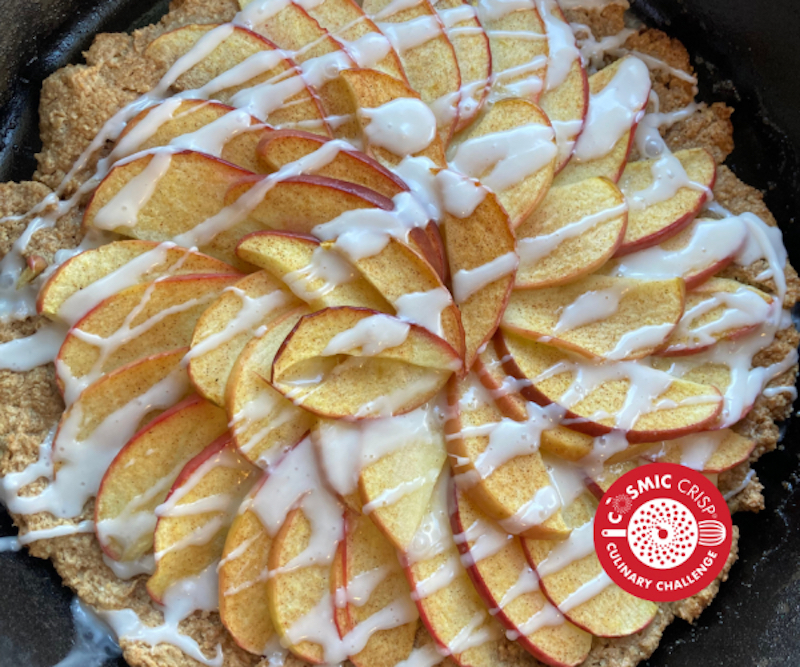 Related: Meet the winners of the 2022 Real California Pizza Contest

Evie Rudley is only five years old, but she’s officially an award-winning pizzaiola, thanks to capturing the top prize in the recent Cosmic Crisp Culinary Challenge under the Kid Chef category.

Evie, who hails from Moscow, Idaho, is actually something of an experienced chef for her age. With her mother, Marissa, a registered dietitian and chef, she has been making “Evie’s Kitchen” videos for two years, according to the Moscow-Pullman Daily News.

For the Cosmic Crisp competition, she developed the Cosmic Crisp Apple Breakfast Pizza. The crust is made with whole wheat flour and oatmeal, and it’s topped with slices of Cosmic Crisp apples and sprinkled with a blend of cinnamon and sugar, then finished with an icing glaze of powdered sugar, vanilla and a bit of milk. Click here for the recipe.

Evie dreamed up the recipe with some oversight from her mom. “Something that I’ve always wanted to instill in my kids is that passion for enjoying cooking and knowing where food comes from,” Marissa Rudley told the Daily News. Marissa said the pizza has a texture similar to a breakfast bar.

Carla Hall, the competition’s judge, is a past “Top Chef” winner and co-host of “The Chew.” Describing Evie’s recipe, she said, “The apple is definitely the star in this dish, and it makes a perfect breakfast that can be prepared ahead for those busy school mornings. I could also imagine making this pizza my own by adding simple toppings like granola or peanut butter.”

As a prize winner in the contest, Evie and her mom will get to have a virtual meet-and-greet with Hall.