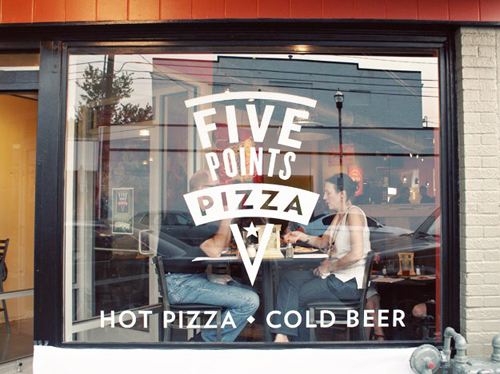 According to Nashvillescene.com, customers can receive one slice of cheese or pepperoni pizza at the restaurant’s walk-up window from 5 to 7 p.m. Sept. 1 while supplies last. “To celebrate four years of tossing dough and slinging pizza in the heart of East Nashville, we are kicking off our birthday month by hosting our second annual free slice night,” reads the restaurant's Facebook event post. Five Points' annual birthday bash has proven popular. Last year, patrons lined up the block and this year more than 1,000 people have confirmed they'll show. Five Points Pizza was founded in 2011 by the Tiemans, who are awyers-turned-pizza-chefs. The pizzeria, at 1012 Woodland St., expanded last year with a walk-up window for fresh slices. At this year's World's Pizza Championship in Parma, Italy, a six-person crew from Five Points competed with and supported the U.S. Pizza Team.

Read more about how Five Points is making pizza sing in the Music City.