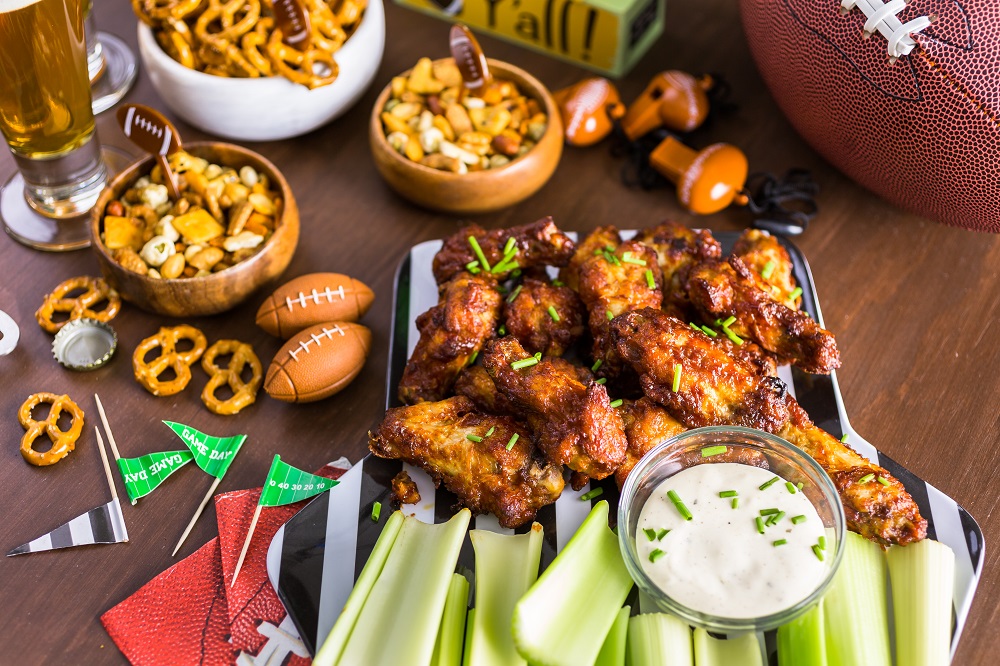 Carol Hilker has eaten so many wings, she has a fear of facing a flock of mangled chickens in the afterlife.

“I’ve written and tested a million recipes,” Hilker, a food writer and cookbook author, told PMQ’s Bill DeJournett in a recent interview. “I definitely fear that, if I go to hell, I’ll be met by a bunch of wingless chickens, and that will be my eternity.”

She’s not helping her prospects by writing books on the subject. She is the author of  “Chicken Wings: 70 Unbeatable Recipes for Fried, Baked and Grilled Wings, Plus Sides and Drinks.” She notes that chicken wings have become a classic comfort food synonymous with “coziness.”

“Chicken wings have gone beyond just the buffalo chicken wing,” Hilker said. “Every culture has adapted a version of it. People really respond to it. It’s a good blank canvas to have a little fun with it.”

Hilker shared some of the more interesting wing flavors featured in her book:

1. Peanut butter and jelly wings. “I think the peanut butter isn’t so hard for people as much as the jelly,” she said. “My publisher is British, so they were, like, ‘These are a little bit bizarre.’”

2. Cola wings. “It’s kind of a weird one, but it’s one of my favorites,” Hilker said. “I think it’s a little unexpected. It’s sort of like the jelly, where it’s sweet, but if you’re going for a BBQ route with it, it’s sort of a good complement to that if you smoke it.”

3. Strawberry balsamic wings. They’re sweet, salty and spicy, all in a single bite. “Anything with fruit tends to be a weird combination, but it’s also a good one,” Hilker said.

4. Pineapple habanero wings. This combo also packs in the sweet heat. You can add more habanero sauce to make them extra-spicy or strike a careful balance.

5. Asian flavors. Sweet and spicy and sweet and sour are popular flavor blends. “It’s an age-old combination,” Hilker noted. “A lot of Korean chicken wings are a big thing. The whole Asian flavor palette tends to have that sort of mix, and you play on that. Honey is another thing you find on chicken wings.”