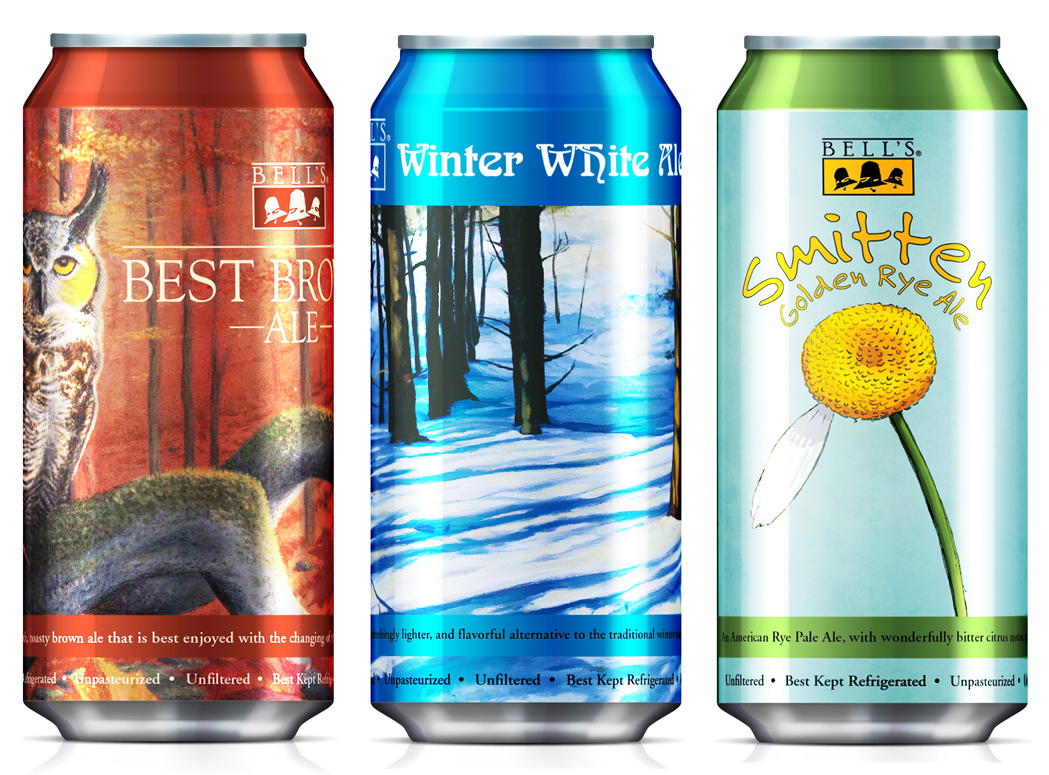 Following the successful launch of Two Hearted and Oberon Ale in 16 oz. 4-packs, we are proud to announce and share the look of the rest of our seasonal lineup in cans.

Best Brown Ale, Winter White and Smitten Golden Rye Ale will be available in cans for the first time later this year and early next year.

All three seasonal beers will continue to be available on draft and in both 6-pack and 12-pack bottles.

“We love being able to offer these brands in both cans and glass to suit the various lifestyles of our customers and fans,” said Laura Bell, Bell’s Vice President.

Cans of Winter White will be released in November and Smitten will return in February.

Bell's Brewery, Inc. began in 1985 with a quest for better beer and a 15 gallon soup kettle. Since then, we've grown into a regional craft brewery that employs more than 200 people over a 20 state area, in addition to Puerto Rico and Washington DC. The dedication to brewing flavorful, unfiltered, quality craft beers that started in 1985 is still with us today. We currently brew over 20 beers for distribution as well as many other small batch beers that are served at our pub in Kalamazoo, the Eccentric Cafe. Our ongoing goal is to brew thoughtfully, creatively and artistically. We strive to bring an authentic and pleasant experience to all of our customers through our unique ales and beers. For more information, please visit bellsbeer.com.