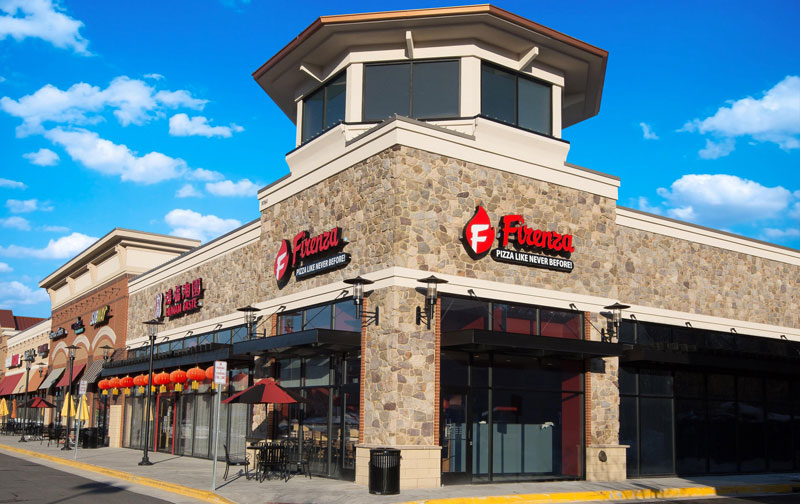 Dave Baer and Dave Wood once owned and operated 17 Domino’s locations in Virginia. After some time away from the industry, they made a comeback, opening a fast-casual, build-your-own-pizza concept called Firenza Pizza, based in Fairfax, Virginia. Baer, president of Firenza Pizza, sat down with PMQ to discuss Firenza’s media-savvy marketing strategy and how his experience with Domino’s proved less useful than he’d expected when applied to a new concept.

PMQ: How did Firenza Pizza originate?

Dave Baer: About two years ago, Dave and I decided we wanted to get back into pizza after being out of Domino’s for a couple of years. We really liked the new fast-casual take on pizza, so we spent a bunch of time in California, looking at the different companies in the space. We fell in love with the idea of custom-built pizzas, but we wanted to add a couple of tweaks. We spent some time with chefs to come up with our own unique blend of flour that would create a really great, traditional, hand-tossed pizza. Then we sourced out the freshest vine-ripened tomatoes for our sauce and a cheese with no additives. That was the birth of Firenza Pizza.

“Customers are accustomed to getting coupons, and we want to make sure we communicate with everyone in whatever fashion they’re comfortable with, whether it’s email, Facebook, Twitter, an old-fashioned flier, or a menu on the door.”
—Dave Baer, Firenza Pizza

PMQ: What were the pros and cons of branching out on your own, as former Domino’s franchisees?

Baer: The three main players in our company share 100 years of pizza experience, so we feel like we have a strong grasp of what it takes to run a pizza shop, how to make a pizza, customer service, things like that. But the challenge was, with Domino’s, everything is systematically laid out for you. So, with Firenza, we were literally reinventing everything, from tasting different flours to making different pizzas and testing everything. Even something like crushed red pepper seems like a simple thing until you find out there’s a hundred different kinds of crushed red pepper.

PMQ: How do you market Firenza?

Baer: We are very heavy into social media. We have a strong presence on Facebook, Twitter and Instagram, and we’re testing Snapchat filters that are giving our business a lot of traction. We can geotarget a specific area and send them an offer using Snapchat filters. We did one at the end of the school day that got more than 800 shares in a matter of hours. Once school let out, the store was bombarded.

We’ve also started playing with Waze, the navigation app from Google. We have it set up to show our logo when someone drives by our restaurant. The customer can then click on the logo and get more info and a unique offer. We also do traditional marketing, such as door hangers with coupons, direct mail and mass mailings.

PMQ: Why do you employ a mix of digital and print marketing?

Baer: Customers are accustomed to getting coupons, and we want to make sure we communicate with everyone in whatever fashion they’re comfortable with, whether it’s email, Facebook, Twitter, an old-fashioned flier, or a menu on the door. I think we’re in a transitional period between digital and print, and we don’t want to abandon our old ways yet.

PMQ: What’s one of your most successful marketing tactics?

Baer: Our email marketing program has an open rate near 50%. A couple of times per month, we’ll send an email with an offer, a reminder or a new pizza we’ve created. We usually see an immediate spike in sales after the emails go out.

PMQ: Why do you think you have such a high open rate on your email marketing?

Baer: The guest is signing up and asking us to communicate with them. Maybe once a month, we’ll send out an offer. They don’t know what the offer will be, so they open it. It could be something like a free soda with a large pizza or half off chicken wings.

PMQ: When do you ask for a customer’s email address?

Baer: We actively ask at checkout, but there are also reminders around the store via things like tent cards on the tables that tell guests they can enroll in the email program. A lot of times, people could say no the first time around, but when they see signage around the store, they end up signing up then or the next time they come in.

PMQ: How do you engage with your community?

Baer: Here in Northern Virginia, there’s a very strong military presence, and we wanted to do something for all of the people who are working so hard for us. So we have Military Mondays, where servicemen and -women can get an individual-size pizza and a Coke Freestyle soda for $5. On Tuesdays, we run the same deal for first responders, which we call First Responder Tuesday. And then, since we have a store that’s right across the street from a high school, we have Educator Wednesday, where teachers can come in and get a pizza and a drink for $5. We have three stores up and running, and each one has a better Monday, Tuesday or Wednesday, depending on their proximity to a military base, police station or school.

PMQ: Do you involve the community in your new store openings?

Baer: We like to open up new stores by doing a fundraiser for an area nonprofit. The last store we opened, we teamed up with Loudoun County Soccer, and as long as guests made a $2 donation to the soccer club, they got a free pizza the first week we were open. By doing this, we were able to raise $3,000 for the local soccer club. We want to be involved in the community, and we feel like this is a great way to establish that from the beginning. We still regularly hold Spirit Nights to keep the momentum going.

“We can geotarget a specific area and send them an offer using Snapchat filters. We did one at the end of the school day that got more than 800 shares in a matter of hours. Once school let out, the store was bombarded.”
—Dave Baer, Firenza Pizza

PMQ: Is it true that you’ve given away free pizza for a year?

Baer: Every time we do a grand opening, the first 10 people in line for the day win free pizza for a year. We also ran a contest for March Madness in a tournament bracket-style, where everyone got to submit a picture of a pizza they created that day on Facebook. Fans then voted for which pizza they liked most. It started with 16 people and was narrowed down to eight, then four, and then everyone voted on the final two pizzas. The winning pizza was featured on the menu for a month, and the person who created it won free pizza for a year. It was great because we had so many people taking pictures of their pizzas and sharing their pizzas. The online engagement was fantastic. We plan to run this same promotion again during the next March Madness.

PMQ: How does your loyalty program work?

Baer: We offer the Firenza Rewards program. When someone spends $100, they get $10 toward any item they’d like.

PMQ: Do you have any branded merchandise?

Baer: We have some promotional giveaway items, including drink koozies, plastic logoed cups and Frisbees.

PMQ: What percentage of your sales comes from online ordering?

Baer: We just started offering online ordering, so sales are only about 10%, but we expect that to triple once we make a push behind it. We offer online ordering through our website and POS, and we’re currently developing an app.

PMQ: In what regions are you currently franchising?

Baer: We started in Virginia with the goal to build three corporate stores, but as soon as we started franchising, we sold stores in Florida, Wisconsin and Kentucky. So our plans quickly changed. Now we just want to pair up with the right person and the right team.

PMQ: What’s your advice to those who are in the fast-casual segment or considering making the switch?

Baer: You’ve got to have a lot of dialogue with your customers and make sure the restaurant is set up in a manner that allows guests to be comfortable and have a good conversation. And with fast-casual, if you’re going to have all of your toppings laid out in front of everyone, you have to make sure they’re displayed in an appealing manner.

PMQ: Do you have any advice for operators who are struggling with their marketing?

Baer: Stay the course, and keep marketing. Sometimes you feel like you’ve spoken to every single one of your customers, but you haven’t. The percentage of guests who see one email blast or one mailed flier is so small. You’ve got to stay out there and stay consistent.