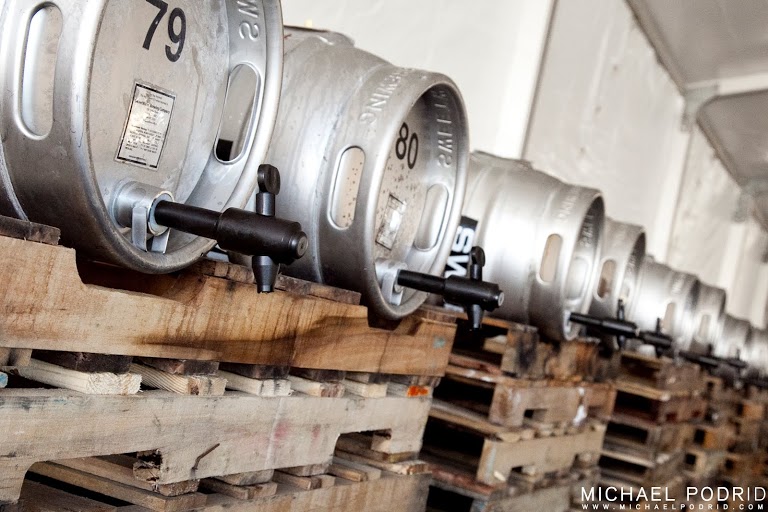 SweetWater is brewing up yet another reason to look forward to this fall announcing the return of their fifth annual cask ale festival – Brew Your Cask Off – this Nov. 8. Encouraging creativity and originality, the festival celebrates cask ale at its finest, welcoming more than 90 special guest brewers from around the Southeast to concoct their own one-of-a-kind cask for sampling and judging.

Festivities will run from 6:30 – 10:30 p.m. at the brewery and will feature roughly 110 beers cooked up by special guest brewers from throughout the region including renowned chefs, restaurants, craft retailers, charities, and local media. Working alongside SweetWater’s brewers, each team will choose a house base beer and then select their choice of hops, yeast, fermentable sugars, and a handful of adjuncts and spices to seal the deal with their recipe. New in 2014, local Atlanta craft breweries are joining the event and elevating the game, submitting their own exclusive cask creations.

Each beer will be judged by a panel of hand-picked beer experts with skilled palates (and seasoned livers) before being presented at the festival for public tasting. Festival patrons will receive a tasting glass with admission along with an opportunity to vote for the best in show for a People’s Choice award. Winning brewers will have their casks featured the 2015 SweetWater 420 Festival.

“This festival is a great time for our retailers and community friends to come to the brewery, engage with our brewing team and work their magic together,” said director of marketing at SweetWater Brewery, Steve Farace. “I always love seeing the creativity that these folks bring to the table, and it’s a blast watching them step up to the brewing plate and see their vision turn into liquid reality.”

Brew Your Cask Off is a Happy Ending Production event. For more information or to purchase tickets, please visit www.brewyourcaskoff.com, or follow on Facebook at www.facebook.com/brewyourcaskoff.

Living by the motto “Don’t float the mainstream,” SweetWater Brewery has been blazing its own path in craft beer throughout the Southeast since its inception in 1997. With a brewer calling the shots, quality of beer—and life—are always most important in crafting a lineup of lip-smackin’ brews. Widely known for its flagship 420 Extra Pale Ale, SweetWater also serves up an ever-evolving Catch & Release seasonal lineup of brews and an off-beat, one-off Dank Tank series. SweetWater invites folks to join them for tours and tastings of their Atlanta brewery every Wednesday through Sunday. Visit www.sweetwaterbrew.com for more info about SweetWater, or hang out with your social thang out by following SweetWater on Twitter/Instagram @sweetwaterbrew, or on Facebook at facebook.com/sweetwaterbrew. And always remember; drink ‘em if you got ‘em!