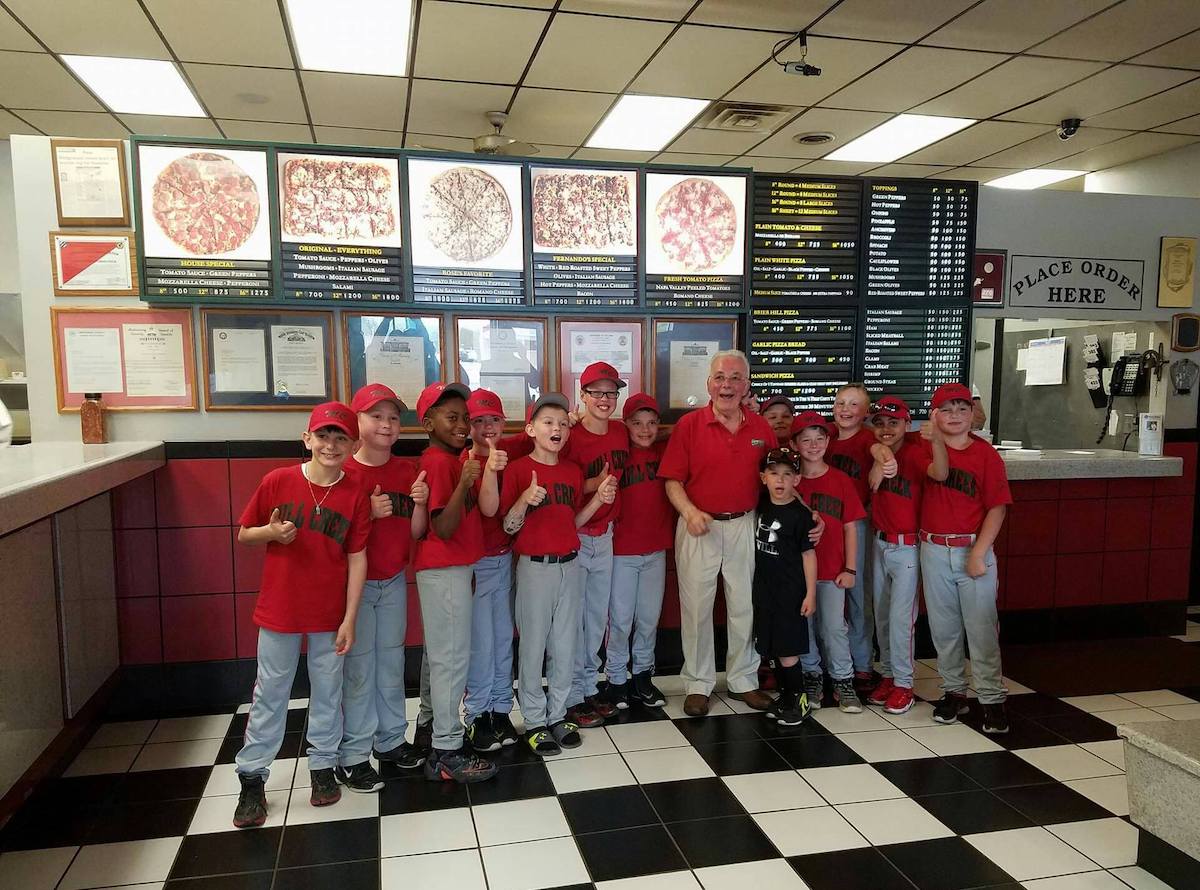 One of Ohio’s iconic hometown pizzerias has lost its famous owner: Fernando Riccioni of Wedgewood Pizza died earlier this week at the age of 91, leaving a legacy of top-quality pizza across the Mahoning Valley.

Wedgewood Pizza has locations in Austintown, Boardman and Warren, Ohio. Riccioni didn’t launch the original location in Youngstown, but its founder, Pasquate “Patsy” Acconcia took him on as a partner in the late 1960s upon moving the store to Austintown. Their partnership continued for 20 years and helped popularize the Brier Hill style of pizza.

In 2019, the Food Network listed Brier Hill pizza among the best in the country. In a Food Network article about Wedgewood Pizza, the style was described as a “pan-cooked round covered with a thick sauce, bell peppers and Romano cheese.” The article notes, “[It] is so popular in the Youngstown, Ohio area that when Pizza Hut opened its doors here, the chain felt compelled to add it to the menu….To get these distinctive pies throughout the week…Wedgewood Pizza in Austintown is the place to go. Its flavorful rounds have a crisp, golden-brown crust topped with all of the expected Brier Hill accoutrements.”

Riccioni became the face and the personality of Wedgewood Pizza and taught his craft to scores of young pizza makers. Over time, his daughters, Adelina and Filomena, joined the operation, along with his son-in-law, his grandsons and granddaughters and even a nephew.

PMQ also featured Wedgewood Pizza in September 2020 after learning about employee Brian Allsop, who has a developmental disability. The company presented Allsop with a plaque for folding 2,535,000 pizza boxes at that point in his career.

In an article in The Vindicator about the Food Network coverage, one customer said Riccioni “deserves all the accolades he gets. We’ve got the best pizza around, and it’s time the good people outside of this area realize that.”

“Local people get it,” Filomena, a Wedgewood Pizza manager, told The Vindicator. “The franchises, they come in and push us out, so it’s nice to hear us win once in a while. It reminds people what’s good in this town, and it’s a plus for this whole community.”

In a July 18 Facebook tribute to Riccioni, his family said, “Our father’s second home was the pizza shop, as many of you know. His love for his business and his customers was never-ending. We will do our best to continue his legacy and honor his memory with the help of his many friends and family that have blessed us throughout our lifetime.”