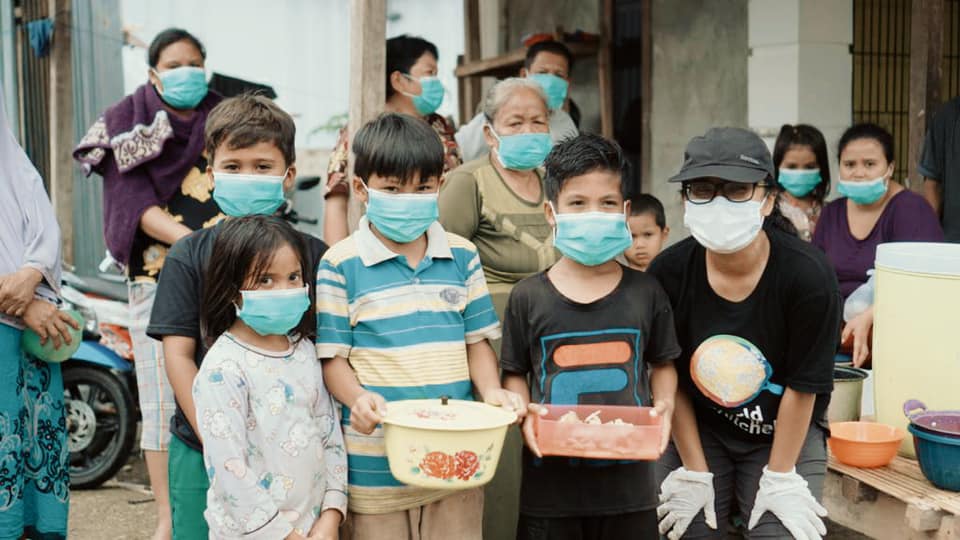 The World Central Kitchen works with restaurants to help feed the hungry while providing needed revenue to keep employees on the job.

President Biden last week signed an executive order directing the Federal Emergency Management Agency (FEMA) to provide more funds to nonprofits and restaurants that work together to feed people in need. The order is aimed at addressing food insecurity in communities nationwide while also generating badly needed revenue to keep local restaurant employees on the job.

Biden’s order raises FEMA’s share of funds for supporting these partnerships from 75 percent to 100 percent. That means the meal services provided by restaurants will be fully reimbursable, benefiting both for-profit foodservice businesses and nonprofit organizations like food banks, pantries and soup kitchens. It will make it easier for states and local governments to help nonprofits make more emergency food deliveries and feed more food-insecure children during the COVID-19 pandemic, according to Share Our Strength’s No Kid Hungry Campaign website.

Biden signed the order after a bipartisan group in Congress introduced the FEED (FEMA Empowering Essential Deliveries) Act, a piece of legislation backed by Chef José Andrés and the World Central Kitchen. But it takes time for such bills to get approved, and time is a luxury that many food-insecure Americans—and restaurant owners and workers—don’t have.

“The executive order means we don’t have to worry about whether or not the bill is going to languish in legislative limbo,” said Monica Gonzales, director of federal advocacy for No Kid Hungry, in a statement on the nonprofit’s website. “This measure brings forward every resource the government has to address this national hunger crisis and opens the door to innovative ways in which we can feed children.”

World Central Kitchen has been working through restaurants to help feed underserved communities nationwide during the pandemic through its program, Restaurants for the People. The program reimburses restaurants for producing meals that get distributed to local people in need.

“The real key here is that every dollar that goes back into these restaurants ends up paying for staff, paying for the food coming from suppliers,” said Central World Kitchen CEO Nate Mook. “It keeps that economic engine going so that the business can keep running and [restaurant workers] can keep buying food so they don’t become food-insecure themselves.”

Douglass Williams, chef and owner of MIDA Restaurant in Boston, said the World Central Kitchen program helped his business at a difficult time during the pandemic last year. “We had to close down for about a month and a half, then this opportunity came along,” he said. “It was a scary time, and everyone was just spinning. We said, ‘We have to align our compass, and let’s get this thing going.’”

Before long, he said, his staff was busy in the kitchen once more. “Front-of-the-house people were cooking in the back and chopping vegetables and grabbing knives. It was a lovely, crazy and exciting time because everybody just wants to work, and we were also helping our own community,” he said. “We were able to bring not just people back to work, but also bring the mojo and the enthusiasm, which is what food does.”

Biden’s executive order will immediately free up additional government funds for tackling food insecurity, but much depends on state and local leaders. “It will be incumbent upon local agencies, cities, counties, governors [and] state agencies to work together with nonprofits and others to get those plans in front of FEMA and get them approved immediately,” Gonzales said.