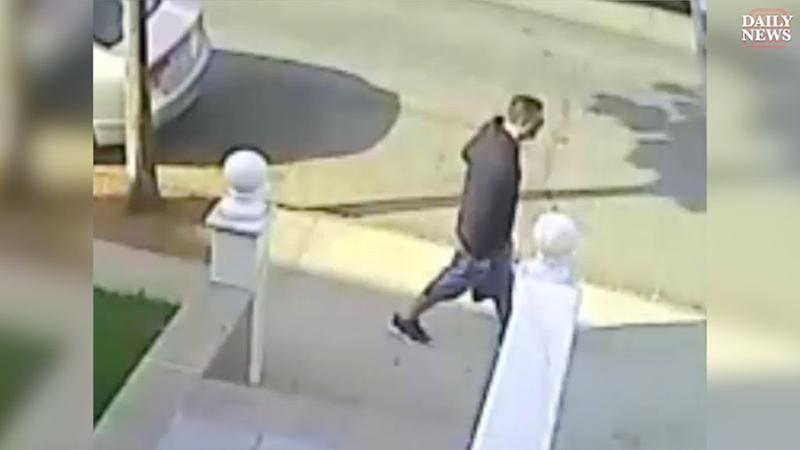 NYPD Footage of Fernandez outside of the Barbati home.

The FBI has arrested a suspect, described as “drug-addled” by the New York Daily News, in the murder of Louis Barbati, the owner of Brooklyn’s legendary L&B Spumoni Gardens pizzeria.

Authorities arrested Andres Fernandez, 41, for allegedly shooting Barbati outside his home earlier this year. According to the New York Daily News, the agent who made the arrest has investigated the Bonanno and Colombo organized crime families, but no “clear link to organized crime” has been established and “the accused killer clammed up.”

Surveillance footage reportedly showed a gun-wielding Fernandez lurking near Barbati’s home. “He hid behind a tree, put on a glove and whipped out a handgun as Barbati pulled into the driveway of his home on June 30,” the tabloid reports. Barbati had with him a loaf of bread and about $15,000 in cash, but the shooter did not take the money.

Fernandez was charged with attemped federal robbery committed with a murder, which would make him eligible for the death penalty.

Barbati’s murder sparked conspiracy theories tied to the New York mob as related in a previous PMQ.com story. Click here to read it.