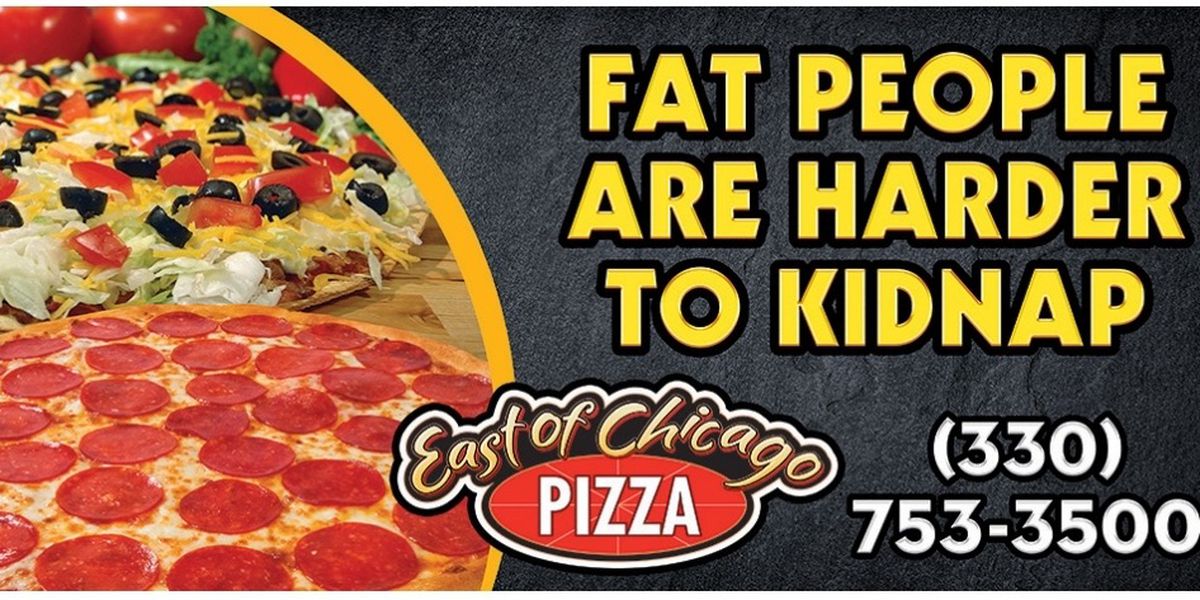 Fat-shaming or harmless humor? According to Jeremy Clemetson, owner of an East of Chicago Pizza franchise in Barberton, Ohio, a sign that read, “Fat People Are Harder to Kidnap,” drew mixed reactions and finally had to come down.

Clemetson has been injecting humor into his outdoor digital signage and social-media posts for the past year. Jokes have included, “Now Hiring, Must Show Up,” “Free Box With Every Pizza,” and “Our Deep Dish Pizza Is as Big as a Pothole.” He borrows many of his ideas from other signs he finds on the internet or develops his own, according to Fox 8 in Cleveland. The “fat people” joke has appeared on t-shirts for years. 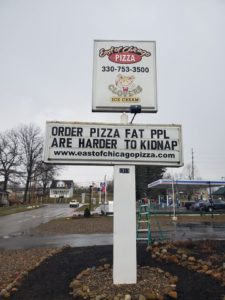 “I discussed the sign with a few people, and everyone thought it was funny, so I threw it up on our front sign, and no one said anything,” Clemetson told Fox 8.

But eventually someone did – in the form of an emailed complaint to Fox 8 and to East of Chicago’s corporate office. After hearing from HQ, Clemetson took the sign down and expressed his regrets to the local media.

The complainer felt the sign was both “rude” to overweight people and in poor taste since January is National Human Trafficking Awareness Month.

“Once I found out—you know, I have seven kids myself—that it was more sensitive to people because of the kidnapping aspect, we actually took it down today,” Clemetson told WBTV.