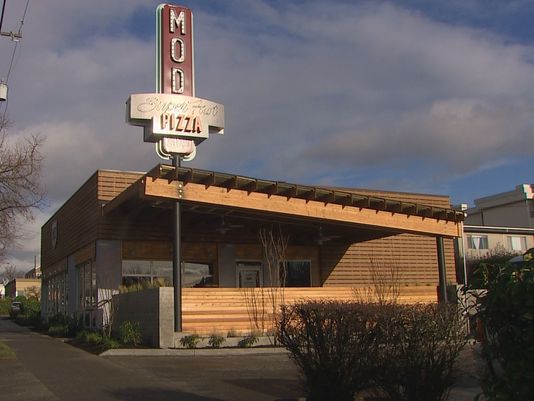 Three of the nation’s five fastest-growing restaurant brands are fast-casual pizza chains, according to research firm Technomic’s Top 500 Chain Restaurant Report. The growth of the trio of upstarts—Blaze Pizza, MOD Pizza and Pieology Pizzeria— points to the general popularity of the fast-casual model, which emphasizes made-to-order freshness and allows customers to choose their own crust styles, sauce and toppings.

It is no surprise that fast casual remains the industry’s hot spot, increasing its year-over-year sales in 2015 by 11.5%, while the rest of the industry grew at a rate of only 4.1%,” writes Technomic’s Darren Tristano in an article at Forbes.com. “Certain segments like Chicken and Asian have propelled that growth, but today’s breakout fast-casual category is—without a doubt—assembly line-style, custom-built pizza.”

Tristan reports that Blaze Pizza logged an increase of 205% in year-over-year sales in 2015, while MOD Pizza posted a 131% increase and Pieology’s sales jumped by 67%. This growth, Tristano writes, “is even more impressive when considering the short amount of time it took these chains to reach these numbers. Just five years ago, MOD Pizza had only five locations and Pieology Pizzeria was gearing up to open its first unit. Segment leader Blaze Pizza—which toppled past $100 million in sales in 2015—didn’t debut its first restaurant until 2012.”

In addition to the customization factor, Tristano says consumers like the speed of service offered by fast-casual pizzerias—pizzas are typically ready in less than three minutes. “Patrons also appreciate the value perception,” he adds. “Blaze, MOD and Pieology all offer pizzas with unlimited toppings for one set price.”